As is fitting for its subject, this work is a blend of forms, inputs, voices, and visions. Collectively they reveal the complexity of the study and practice of 'Afro-Cuban' religion. They constitute an authoritative, potentially discipline-altering, stance on the question of African origins embodied in the presumed distinction between the Lucuml and Arara traditions. The respect this work affords the voices of the practitioners clearly emerges from its origins in the study of a collectivist, non­ textual mode of communication: dance.

Situated Narratives and Sacred Dance explores the shared stories and experiences of the Arará, a cultural group that brings together descendants of the Ewe-Fon peoples in West Africa with other traditions in Cuba. Because many of these experiences come alive through ritual performance, such as oral storytelling, dance, and song, our special contribution is employing a fieldwork methodology framed by theories of art and performance.

There is much at play in the book. Art and fieldwork intersect at moments when history, religion, and social memory become entangled with one another. Longitudinal research was conducted in four specific communities: Dzodze Ghana, Adjodogou, Togo, and Perico and Agramonte, Cuba. Placing these fieldsites in West Africa and Cuba in conversation does more than illuminate shared roots. The complex assemblage of narratives illustrates the emotional, spiritual, and personal impact that has lasted throughout generations of families ripped from their homeland as enslaved people and carried to a new world under the brutality of the Middle Passage. The violent collision of diverse traditions created new encounters. Diverse religious traditions from West Africa and Europe met one another; rituals intersected; and spiritual practices overlapped in an historical effort to survive colonial violence.

The Arará sustain their culture largely through the performance of social memory, such as ritual ceremony. The work presented in the book proposes a process of layering ethnographic information like interviews and fieldnotes with literary techniques like point of view and characterization to bring together diverse storytellers, including their inherent contradictions and slippages. What makes this approach compelling is its reliance upon artistic modes to uncover cultural truths: the “fiction” of social memory, which changes depending on region, speaker, or historical perspective, becomes the “fiction” of truth. As the book’s “authors,” it is not our job to (in)validate stories. We act as a medium, helping these stories reach new audiences, keeping Arará alive. 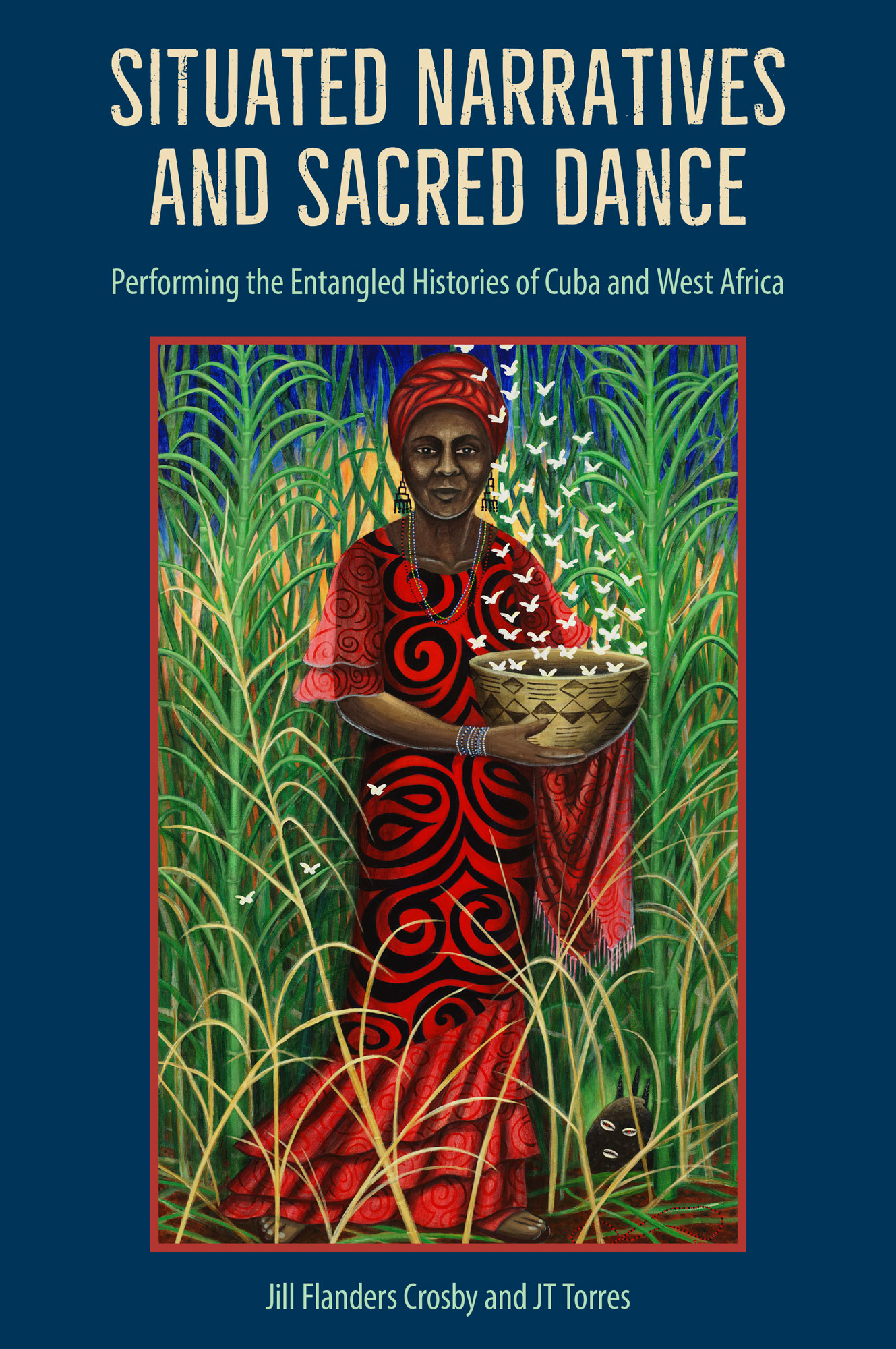 Professor Flanders Crosby’s book is a far-reaching collaborative ethnographic exploration having wide-ranging implications regarding epistemological concerns.  From an anthropological perspective she focuses on the complexity of the transmission and continuity of dance traditions and Afro-Cuban religion via the Atlantic slave trade-the Anlo-Ewe people of West Africa and their Cuban progeny known as the Arará.

The anthropological discourse is tempered by the importance of how artists can approach field work through the performative nature of dance in this instance and other artistic endeavors.  As a metacultural pursuit the author recognizes that scholars become 'mediators of the present metaculture when they translate for other audiences their access to a culture’s history.' (Flanders Crosby 228)

Your team and you have created a beautiful book that demonstrates how much you understand the value and perspective of your many intriguing interlocutors. There are so many amazing little moments of ethnographic intimacy. There is so much encyclopedic information about the history and the people. And there are such important questions about ethnographic knowledge and communication. Any of these alone would be an accomplishment, but you were able to do all three.

Your dedication to accuracy and your commitment to share these histories with a wider public has been evident throughout the process.

As you know, the ethnographic literature on contemporary Afro-Cuban religious practices increasingly focuses on the voices and actions of individual actors. Alongside these texts, your book and the larger project it documents move away from generalized accounts of nameless groups and individuals and capture the full humanity and depth to the women and men who create and sustain this remarkable cultural world.