Secrets Under The Skin 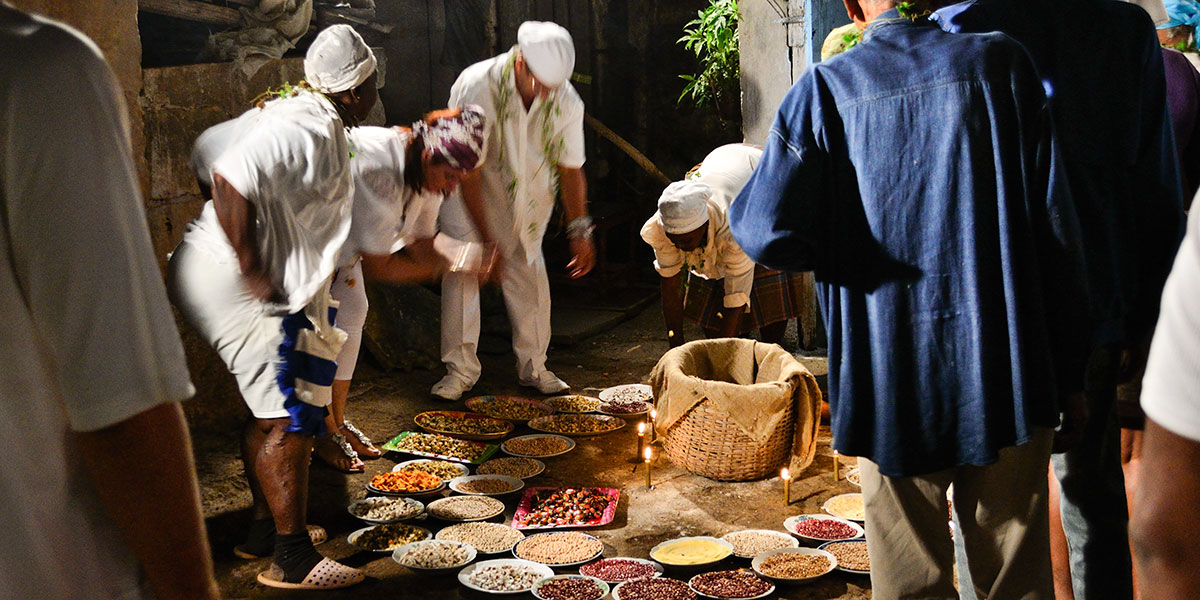 Secrets Under the Skin is a collaborative, trans-disciplinary art installation created by several artists-scholars that premiered December, 2010 in Havana, Cuba, and continued to be presented through 2014. The installation, comprised of media, visual art, photographs, storytelling, and live improvisational performance, is based on extensive years of fieldwork in Ghana and Cuba by Dr. Jill Flanders Crosby. The work transitioned into a book titled Situated Narratives and Sacred Dance: Performing the Entangled Histories of Cuba and West Africa by Jill Flanders Crosby and J.T. Torres published by the University Press of Florida, 2021. Fellow installation collaborators Susan Matthews, Brian Jeffery, Marianne M. Kim and Melba Núñez Isalbe all contributed individual chapters. 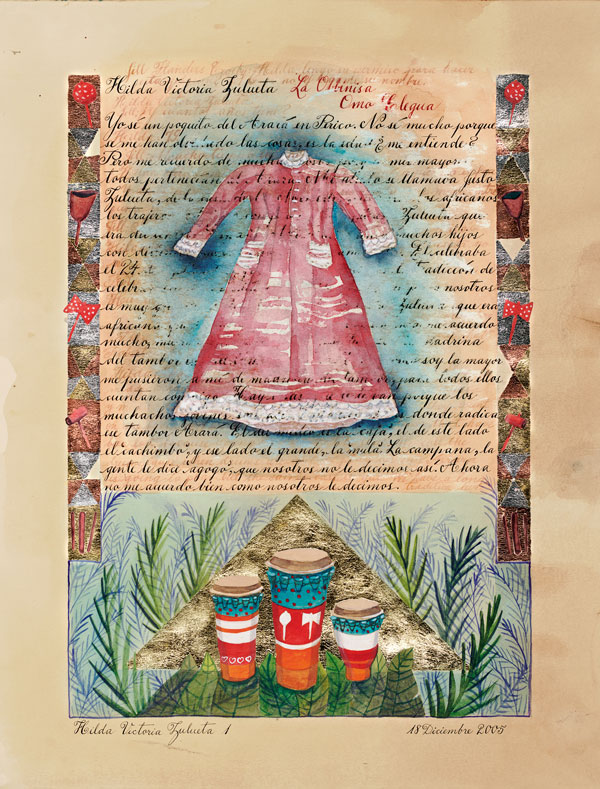 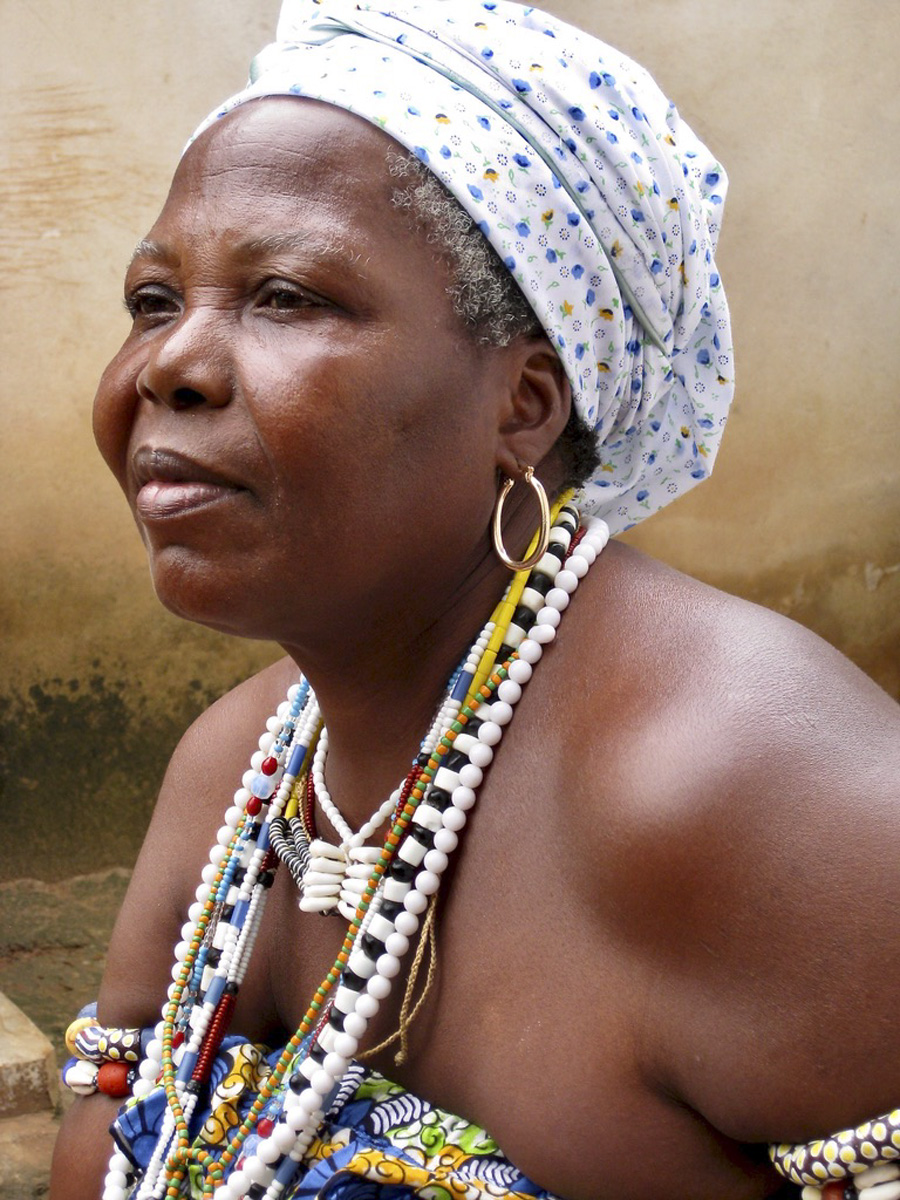 Flanders Crosby’s fieldwork involved researching dance at ritual ceremonies where dance and music play a central role and where rituals, dances, and rhythms are linked across continents as a result of the Trans-Atlantic slave trade.

The seed and context for the Secrets Under the Skin installation stems from Flanders Crosby’s vision of translating field work experiences and the stories and lives of those she has danced beside into an installation that honors and respects cultural context, movement qualities and elder narratives, but is recast as a contemporary, multi-disciplinary arts-based project.

During her research, she was privileged to hear and record rich narratives, histories and stories from elders and religious practitioners, especially in Perico and Agramonte Cuba who hold on steadfastly to their African origins. Many of these narratives and elder oral histories underpin the body of work in this project, especially Susan Matthews' work. The tangible sharing of Brian Jeffery’s photographs between our rural African and Cuban field sites encouraged a dialogue of ideas between communities while also proving immensely valuable for our research team when comparing data between field sites.

The artists who have contributed to this installation have all joined Flanders Crosby in the field sharing and contributing their insights and responses as fellow scholars and researchers, and as artists. Their individual artistic contributions are as evocative and resonant as are the oral histories of elders, and stories of African connections. These stories and connections form a web of cultural heritage that underpin, inform, and are embodied in ritual. The artistic contributions you will see on this site form their own web of layered responses and artistic exploration grounded in ethnographic inquiry. 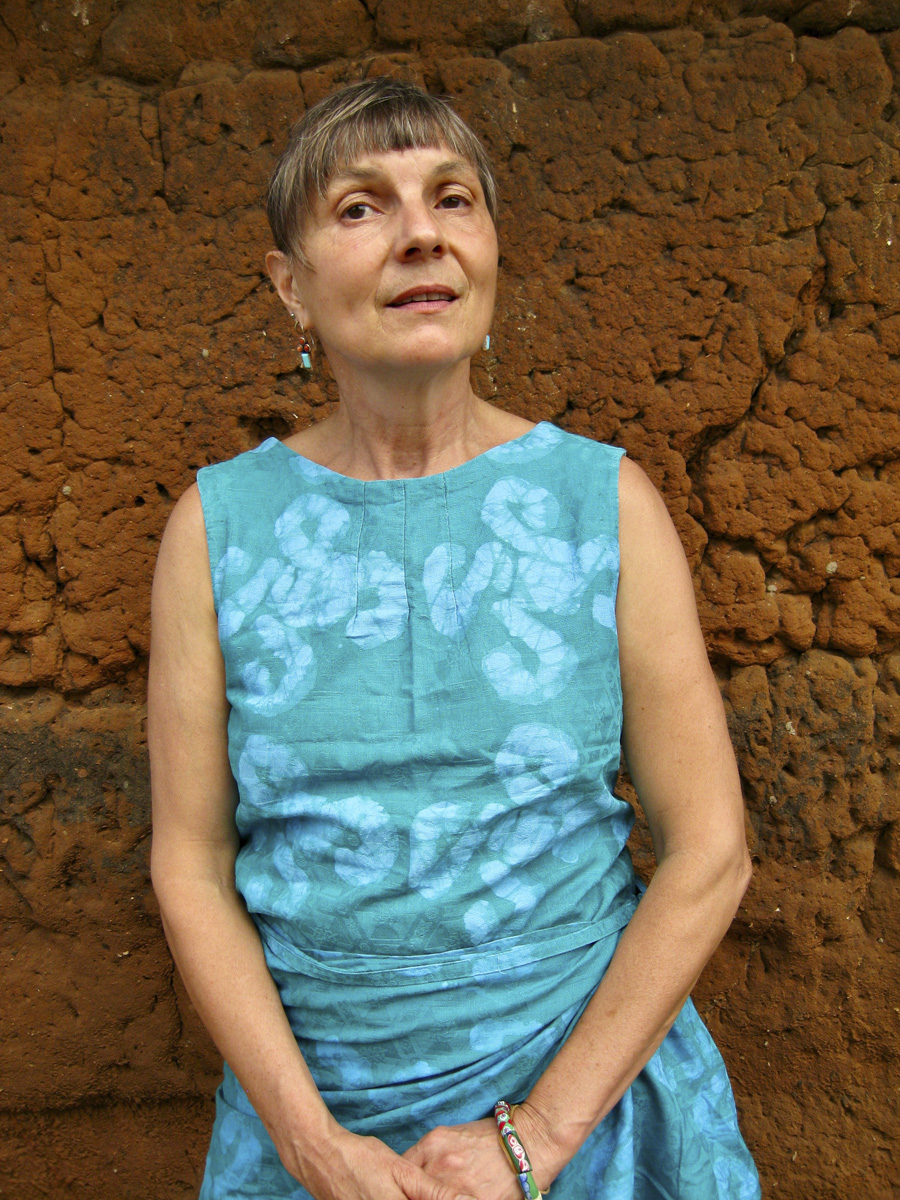 I have also been fortunate to be surrounded by a group of talented artists and friends and together, we have spearheaded a multidisciplinary, trans-generational and cross-cultural artistic collaboration. The installation, based on ethnographic data, is a contemporary recasting and re-imagining, which honors the cultural contexts of Dzodze, Ghana, Adjodogou, Togo, and Perico and Agramonte, Cuba. It honors who we are as contemporary artists seeking new artistic voices, but voices that are influenced by the communities where many of the artists involved in this installation spent time. Importantly, we engaged community members as often as possible. We showed them early renditions of our artistic responses inviting comment, critique and reflection for further editing, changing, and re-framing as needed. We also invited some of the musicians, dancers and ritual practitioners to be involved in conceptual footage shot in both Cuba and Ghana for Flanders Crosby's performance-based videos. They willingly said yes, pleased to be included.

My deepest thanks go to all our friends of Perico, Agramonte, Dzodze, and Adjodogou, and go as equally to all the fellow collaborators involved. Without them, this project never would have been realized. Together we investigated, imagined and created. We all commented on each other's work, offered ideas for consideration, and we cross-collaborated frequently inside of our own individual artistic projects. Community and collaboration are thus the shining gems of this installation.

While he is not a member of the artistic collaborative team, I never would have accomplished what I did in Ghana without the help of my longtime translator, assistant and co-researcher Johnson Kodjo Kemeh. Johnson began taking me to Dzodze in November 1991 to introduce me to the depth and complexity of his hometown and we never stopped going to do more work and to do it better.

In Togo, I owe the same to Bernard "Solar" Kwashie who unfortunately passed away in 2018. He began taking me to his hometown of Adjodogou Togo in 2006. As above with Johnson, Solar and I kept returning to Adjodogou through 2013 to do more and do better even after Secrets Under the Skin first premiered in 2010. After all, after each installation opening, we kept refining and adding new material as we received comments and feedback. This was particularly true for Susan Matthews' work "El Cabildo de Ma Gose."

Melba Núñez Isalbe and Roberto Pedroso García were instrumental in Cuba. Pedroso García was our spiritual guide while Núñez Isalbe translated in the field and eventually transcribed more than 60 interviews into Spanish and English. See their page for more information about both of them. 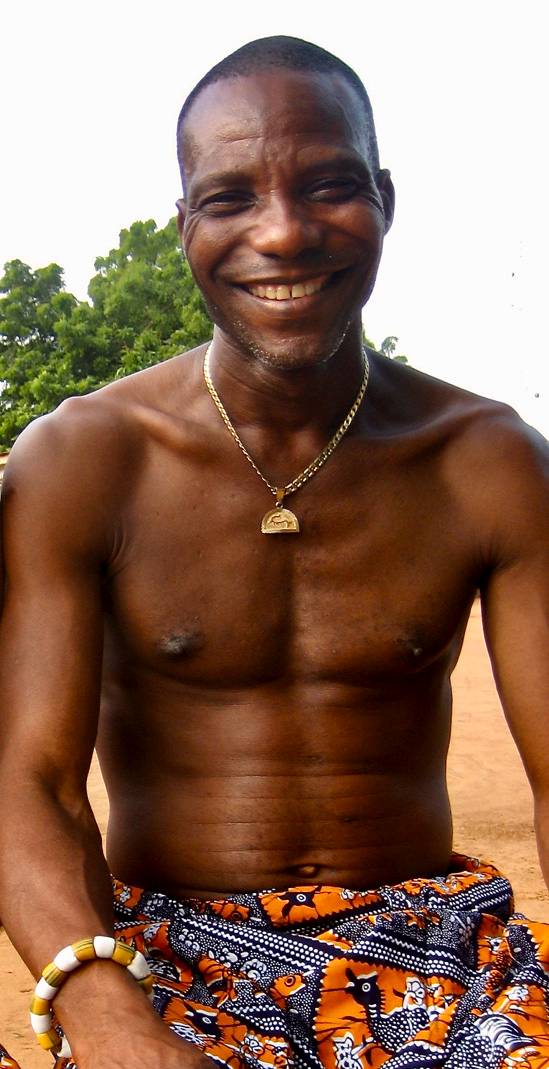 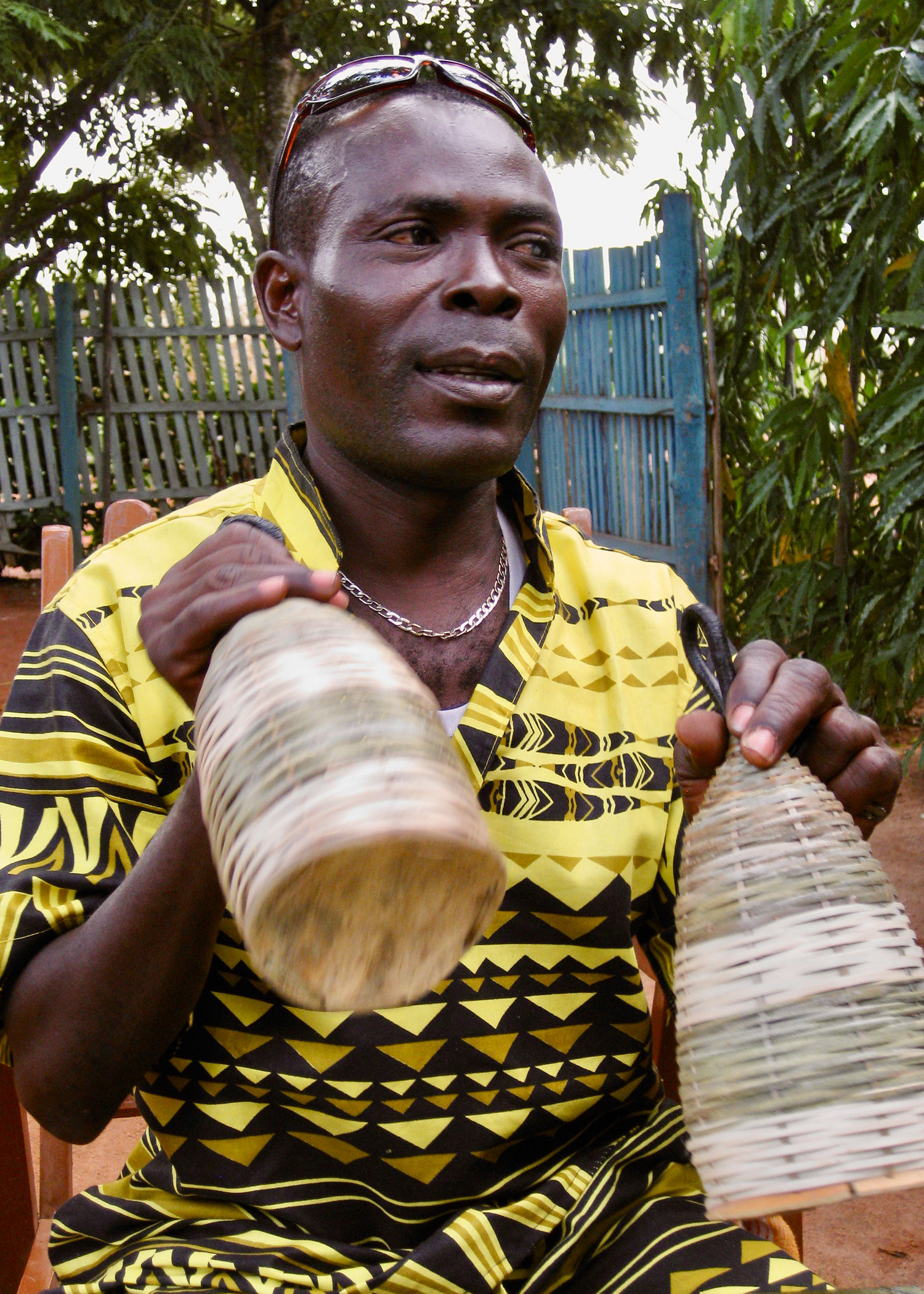 Of course, there are more people to thank than I can further mention. However, I especially want to thank Dr. Daniel Avorgbedor for his ceaseless encouragement of and support for my research, and for his invaluable mentoring of my work. I thank Douglas Causey at UAA for his encouragement concerning this project and Kathleen McCoy for believing in it enough to see the inception of this website as a featured University of Alaska Anchorage Spotlight Research Series. I thank Ryan Nixon for the initial creation of this website in 2010, and Katie Behnke and Brian Jeffery for the redesign of the website in 2020, the subsequent continued maintenance of the site, and additional media assistance. Thank you to Larry Corwin and Olivia King Canter for their guidance in Cuba, and Brooks Robinson for the Ghanaian support. And I think all those scholars who helped me frame the theoretical aspects of this project; in particular Dr. Birgit Meyer, Dr. Mattijs van de Port, Dr. Stephan Palmié, Michael Atwood Mason, and David Brown.

I also extend my deepest gratitude to Fundacíon Ludwig in Havana and Helmo Hernández, President and Wilfredo Benítez, Deputy Director for their trust and support of this project. And thank you to J.T. Torres who helped transition this work into a book of excellence.

For questions or for further information on this installation or the resulting book Situated Narratives and Sacred Dance: Performing the Entangled Histories of Cuba and West Africa, please contact secretsundertheskin@gmail.com. Keep updated with this project, the book, and additional insights by following our Facebook page "Situated Narratives & Sacred Dance: Entangled Histories."