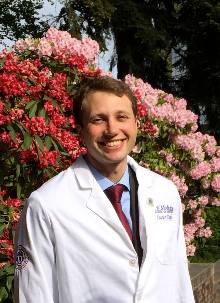 Xavier Engle was raised in Anchorage, graduated from Anchorage West High School, was a world-class whitewater kayaker, and traveled to nearly every continent. Xavier was fluent in Spanish and began kayaking the world in high school, with a semester studying in Chile. Xavier graduated cum laude with highest honors with a B.A. in Cellular Biochemistry from Dartmouth College in 2009. In 2007, Xavier spent a semester at the London School of Economics and Political Science, where he received the Rick Angulo World Experience Award, which recognizes a Dartmouth student whose intellectual openness, enthusiasm and academic performance embody the spirit of off-campus programs. At UW WWAMI, Xavier had been accepted into the Global Masters of Public Health Program. He was the co-author of several published scientific papers, including one with Seattle Children's Hospital. Xavier volunteered at Children's Surgical Centre in Phnom Penh, Cambodia; worked with immigrants at the Terry Reilly Health Services in Boise; and was a public health volunteer with Soft Power Health in rural Uganda.

In addition to kayaking, Xavier was passionate about backcountry skiing, hiking, mountain biking and everything else that got him into the mountains. He loved making music, and played classical clarinet, jazz piano, blues harmonica and guitar.

Purpose
The Xavier Engle Spirit Award is established to provide monetary recognition to an outstanding student in the WWAMI School of Medical Education at the University of Alaska Anchorage in memory of Xavier Engle.The award is for the student who, above intellectual competence, exhibits integrity, compassion, and kindness toward the human condition.

Qualifications
The recipient must have passion, courage, actions and aptitude to the best of their ability that include adventures within and beyond medicine.Recipient is an honorable person with a "joy of life" and with the qualities of a trusted friend and colleague. The student must also be in good academic standing.

The Award
The award shall consist of a monetary sum and an engraved plaque to be presented to the recipient at Anchorage in an appropriate ceremony near the end of the Foundations Phase.

Eligibility
All Alaska WWAMI students shall be eligible for nomination.

Selection Process
Nominations from fellow students, faculty and staff will be forwarded to the selection committee* and Director, who will make the final decision.

*Appointed by the Director