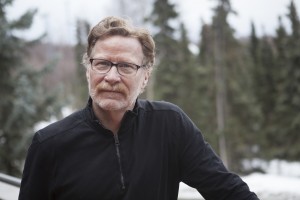 A new collection of short stories by David Stevenson, director of UAA's Department of Creative Writing and Literary Arts, is available this month from publisher Imaginary Mountain Surveyors. We caught up with Stevenson to ask a few questions about Letters from Chamonix. He shared a little of and about his own creative work and offered some advice for procrastinators.

Q1. I hear tales of your biking, mountaineering, climbing and skiing treks in Alaska around the water cooler here at UAA. Are those adventures what gave rise to the stories and novella in Letters from Chamonix?

That's true to a greater or lesser extent, depending on the individual stories. The stories collected here were written over about thirty years, during which I was climbing as much as I could, but only one of the stories is even remotely autobiographical and even its events are mostly invented. They are all essentially works of the imagination, but informed by the experiences, and particularly the mountains themselves. 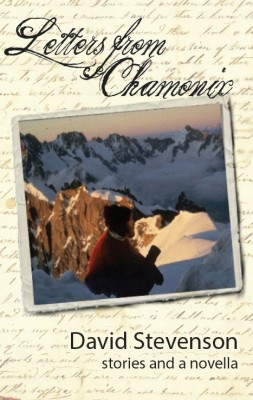 Q2. Could you give us a sneak preview?

These are the opening two paragraphs of "Backtracks:"

When we descend from the summit, we are at first euphoric and weary and grateful to the powers that be for our good luck. We sit around camp for a couple days and then trek out at a leisurely pace: four days of chewing coca leaves by the handful, mesmerized by the loads swaying on the backs of a short train of burros tended by a couple of eight-year-olds. By the time we reach Huaraz the summit glow is already beginning to fade.

Even though all I want to do is sleep, we agree to have a few obligatory beers, mostly because Hector, our local guide, insists and would be truly offended had any of us refused. Hector has worked out all the logistics of the expedition, like the use of a truck from town to the mountains, and the burros from Cashapampa to base camp. He has many reasons to be happy about our success, two of which are very practical: had we died trying to climb the route Hector would have had serious problems collecting the money we owe him; and more so a sense prevails in that our success is his success. Now our rich American friends will call upon him to climb in the Cordillera Blanca. It is no more use trying to explain that we have no rich American friends than it is to refuse the man's offer to buy us cerveza.

Q3. Where and when do you do your best writing?

Whenever I am free from distractions, which is . . . never. Lately, the best way for me to get writing done is to arrive at my office here on campus a couple hours before anyone else arrives. My friend and colleague here at UAA, Craig Childs, is a kind of graphomaniac; I've seen him write chapters on his arms in ballpoint ink when he ran out of paper. The rule is: whatever works.

Q4. As director of the low-residency MFA program in creative writing, you have to crack the whip on graduate students who may be procrastinating on their thesis writing. What's your go-to advice to writers who procrastinate?

In our program students really have to be self-directed and motivated. The way we work, in order to get to your thesis (third) year you already have to have a two-year track record of not procrastinating. Of course, we all procrastinate, but there is a kind of tipping-point beyond which writers need to ask themselves, "Is this really what I want to do?"

Q5. If you had to pick a book that helped shape you as a writer, what would it be?

That should be an easy question to answer, but for me it isn't. I might answer this differently every time I'm asked. If I had to choose one, today I might choose Jim Harrison's Farmer. I know I was already on this long slow path when I first picked up Harrison, but I never tire of reading him.  Like him I am a native of Michigan and like him I don't live there now, but when I read him I always feel like I'm home.

Letters from Chamonix is now available for order online in both print and digital form through the publisher.