Not long after Rasmuson Foundation bestowed its 2016 Distinguished Artist Award, Don Decker stopped by his bank to deposit a check that accompanied the honor. 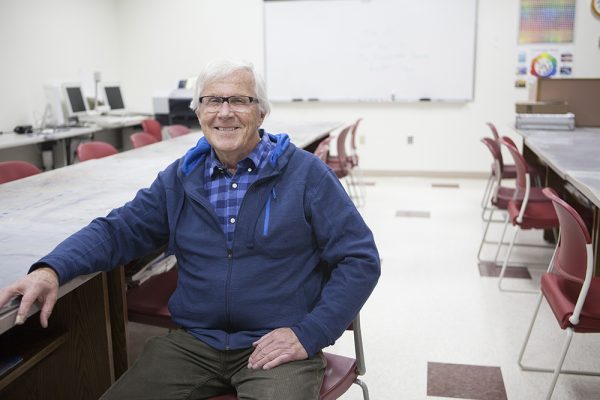 "The teller said, 'Well, just a minute,'" said Decker, who, after 25 years, is in his final year of serving as a UAA adjunct art instructor. "She gets the bank manager. They're looking me over. And she said, 'I've heard of the Rasmuson Foundation, but your history doesn't show a lot of $40,000 deposits. I said, 'No, not really.' She said, 'Is this going to be a regular thing?' and I said, 'In my dreams!'"

Every year, the Foundation gives its Distinguished Artist Award to a mature, established Alaska artist as a way of spotlighting that person's "high aesthetic level of artistic ability with a strong consistency of expression" over a well-established professional career in the arts.

The award provides artists the resources to concentrate and reflect on their work, immerse themselves in a creative endeavor and experiment, explore, and develop their artistry more fully, the Foundation's description of the award notes.

"I'd been nominated previously a couple of times," Decker said. "But there are so many people in Alaska who are deserving. I had just said to someone that I don't think I'll ever get one of those."

Then he laughed: "That was only two weeks before [Rasmuson Foundation President and CEO] Diane Kaplan told me the good news. It was a really nice surprise, to say the least."

How did Decker get here?

"I think almost all of it points back to my education, having teachers say something. Looking back, I think it was really subtle. Even in elementary school, having somebody just say that it's good, or putting the work up. I didn't think about being an artist, but all of that accumulates in your psyche until you're forced to make decisions-like what am I going to major in. Once I got into arts courses, I never had any doubt." 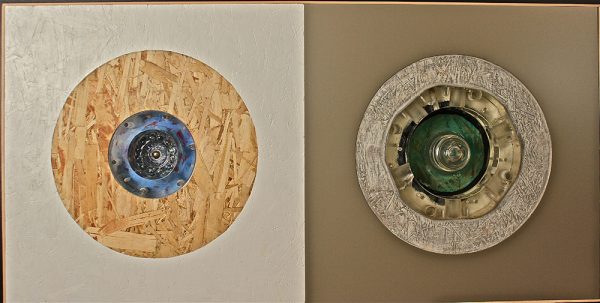 Decker can pinpoint the moment his artistic awakening first stirred.

"I was in an art class in Wisconsin and doing pretty uptight traditional work, not unlike what most beginners would be doing-landscapes, things like that," he said.. "We were assigned to go to the Art Institute of Chicago. Even though I lived just 50 minutes away, I had never been there. It just knocked my socks off. It was all the contemporary, modernist art of the early '60s-big, bold, cutting-edge pieces. I thought, 'Oh my god, you can do that? I want to do that!'"

"They were monumental pieces," Decker said. "There's something about seeing something in a museum setting like that that's really extraordinary. What it says is that this is really important, that people really appreciate it ... love it enough to spend millions of dollars to preserve it. And so that highlights it."

Sometime after that, Decker remembers standing by himself in a room at the Smithsonian Institution. "There were these little clay pieces by Käthe Kollwitz, hands and faces in clay that were fired and on the wall," he said. "I could see her fingerprints in them, lines she made with her fingernails. It was just really inspiring."

Decker's first series of creations were abstract paintings. "Then I started doing really big woodcuts," he said. "I'd cut prints. I would incorporate things. I would ink a tree stump, print that, work around it, which was pretty zany for the '60s. I've done performance art, video, drawing and painting, assemblage, all kinds of art."

Decker moved to Alaska from Guam in 1971 with his wife and two daughters. His teaching contract was up and he was trying to decide where to go. 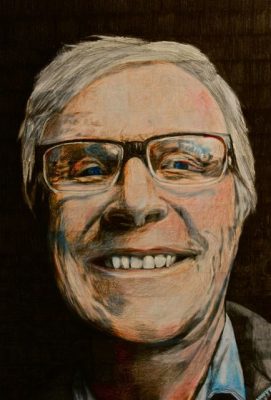 "Alaska was always intriguing to me, for obvious reasons," he said. "One of the people I worked with said he taught in Fairbanks and had a lot of slides. They showed me all these slides and I said, 'I want to go there, sign me up.' So I came here without a job: No money, no job and two kids. It was stupid."

After arriving, he called the school district and someone there said, "Did you call Service?"

"It turned out to be a brand-new high school," Decker said.

He interviewed with two people. "They got out my file, underlined things, passed it back and forth. Then they said to get Don a contract. I started to cry. I went from flat broke to having what I thought was a lot of money at the time."

"The way I look at it, is everybody can get better," he said. "I teach foundation courses and I'm absolutely convinced of that. You have people who start off by complaining, 'I can't draw anything' and then you can really bring them a long way in a semester. I love that.

"I really enjoy taking someone who's fresh and eager, unspoiled, everything's a revelation to them," he continued. "They think they can't draw and then at the end of the semester you look at their work, see how far they've come-I never get tired of that. It's exciting."