‘Greek life has helped me value myself more’ 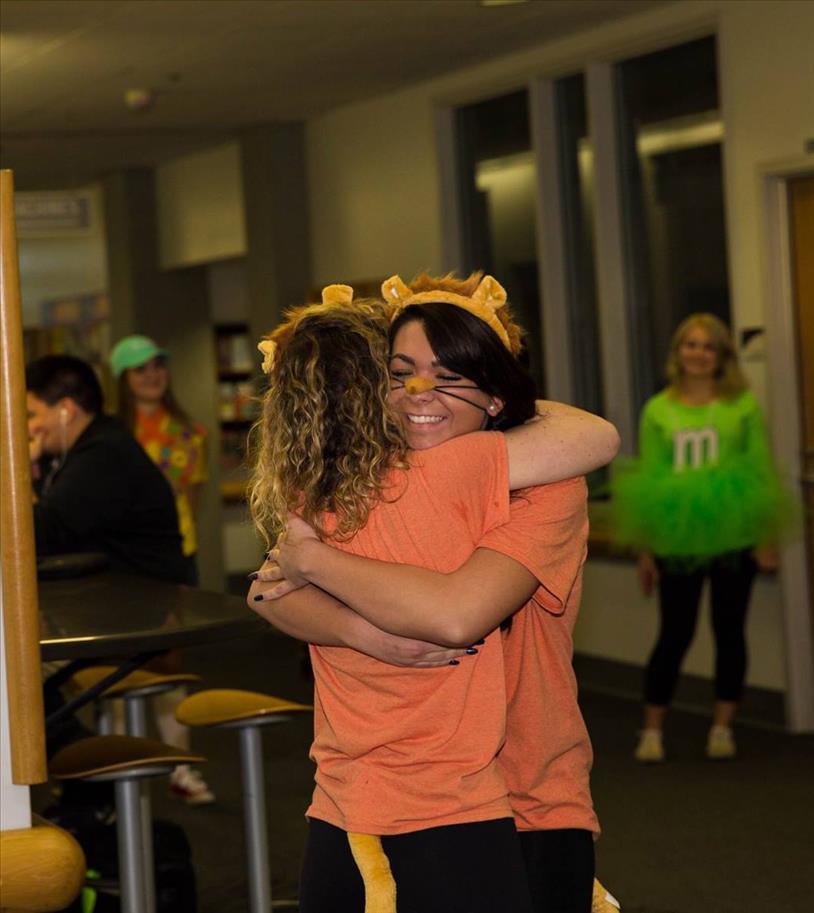 The first time UAA student Dolores Avendano ever heard of her sorority, Sigma Sigma Sigma, was last spring, when a friend asked if Dolores would go Greek with her.

"My first experience with them was at the informal recruitment as well as the Pearl gala that they host," said Dolores, a computer systems engineering major. "I thought all of the ladies I met were absolutely wonderful and extremely caring and definitely had a strong bond with each other, which definitely made me want to be part of Tri Sigma that much more."

Growing friendships and being part of a supportive community are key factors for creating a fulfilling and successful college experience. Here at UAA, 3 percent of the students have sought - and often found - those friendships and that sense of support by going Greek.

Cody Buechner, UAA's Student Clubs and Greek Life coordinator, says another fraternity, Alpha Sigma Phi, will be on campus this fall, and Delta Chi fraternity arrives at UAA in the fall of 2018.

How do UAA Greeks' average GPAs compare to the average overall GPA of students who are not part of a sorority or fraternity? 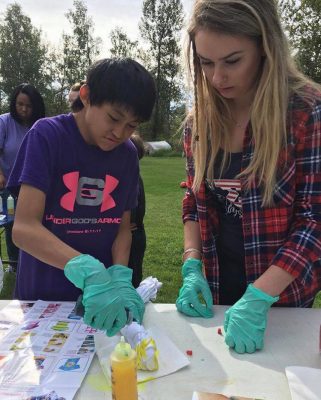 "We try to instill the importance of academics and GPA from the very beginning of the rush (recruiting) process, and promote that mentality through our college career," said Brandon Kelley, a longtime member who has served as vice president and president of UAA's TKE fraternity. "We have a membership quality board ... and chapter GPA standards. If you fall below that standard, you then have a specified number of study hours that need to be signed off on."

Having that framework of academic support from others in a frat or sorority can make a significant difference.

"Some of the other girls in my sorority are also engineering majors so we get together and help each other out when we need help," Dolores said, adding that the sorority members also follow study hours "to get the most done and keep ourselves accountable for making sure we put our academics first."

Brandon Kelley, a member of the Tau Kappa Epsilon fraternity, said he found out about the TKE interest group in 2013, from the Greek Life office, before TKE was formally established on campus. 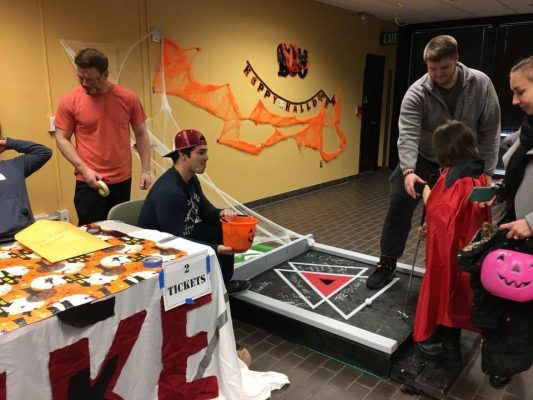 "I was searching for a way to be more involved on campus," he said.

His first meeting with the TKEs went well.

"I found it inspiring how motivated and ambitious these few men were," he said. "I knew from that point, these are the people I want to surround myself with. The guys were all very welcoming and treated me like a friend even though we had just met."

Brandon says the bonds between men in the fraternities transcend the membership boundaries of each organization.

"I most enjoy the connection Greek life forms," he said. "You make lifelong friends from other Greek organizations, and even though there is competition amongst us, at the end of the day if I see a guy from another fraternity at the gym, we're all friends, we're all there for each other."

Being Greek, Brandon added, has exposed him to opportunities he wouldn't otherwise have had.

He served as its vice president and president, learned to handle situations within TKE as well as its relations with the university.

"It's allowed me to hone my networking and leadership skills in preparation for a career in aviation management," he said.

'I needed to make a change'

Annika Priebe is a UAA natural sciences major with a concentration in pre-health professions. She hopes to attend medical school after graduation. 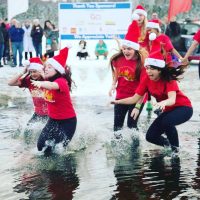 "I graduated from Service High School with the class of 2016, and decided to stay in Anchorage and attend UAA due to an illness my late mother had," she explained.

Annika knew about Alpha Sigma Alpha and Greek life at UAA, but became more interested when a friend mentioned it.

"Because UAA is a commuter campus, it was hard for me to get to know people when classes first began," Annika said. "I felt like I was doing the same thing over and over: waking up, going to school, coming back home, doing homework, then going to bed. After a few weeks of this, I knew I needed to make a change."

Annika went to fall recruitment "and knew that this was exactly what I wanted. All of Alpha Sigma Alpha's members seemed so happy in the sorority and to be a part of such a wonderful sisterhood. Their selfless characters and bright personalities made me feel so welcome." 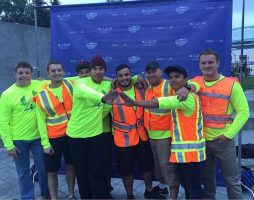 The sorority, she said, provides a chance to get involved with others in improving life both inside and outside of campus.

"I feel like I have already grown so much!" she said. "It is wonderful giving back to the community and volunteering for various organizations, such as Covenant House and Special Olympics."

She's learning about leadership, working as the sorority's public relations and recruitment chairman.

"It's a great way to meet new people," she said of her sorority and Greek life in general. "It's helped me to learn to be more independent while still knowing I have so many girls I can depend on. I have always been a little more on the introverted side, and Greek life has definitely helped me be more comfortable with being myself."

Natalie Sword learned about Tri Sigma at UAA through a friend from high school, a member of the sorority who urged Natalie - then a freshman - to come to some recruitment events.

Natalie felt apprehensive, but she and her roommate decided to attend.

"It was so exciting to interact with these women, most of whom I had never met before," she said, "and it didn't take long for me to realize Greek life would be just what I needed to feel more connected to the UAA community."

Natalie says she enjoys feeling as if she is part of something bigger than herself. 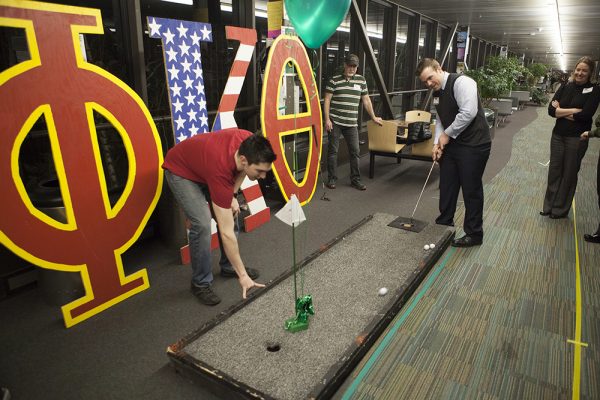 "I love how many connections and networking opportunities I have simply by association, and seeing familiar faces everywhere I go on campus is uplifting," she said.

Another great aspect of Greek life, she said, is how involved she has become with UAA and the Anchorage community.

"Tri Sigma volunteers at countless events each year," she said, "and raises funds for our local and national philanthropies, which gives membership a special meaning."

Natalie says being a member of Tri Sigma has given her the opportunity to travel to national leadership conventions, hold leadership positions, conduct business meetings, cultivate professional relationships and skills.

"Most importantly," she said, being in the sorority helped her "develop a confidence in myself I never knew I had."

"‘Greek life has helped me value myself more’" is licensed under a Creative Commons Attribution-NonCommercial 4.0 International License.