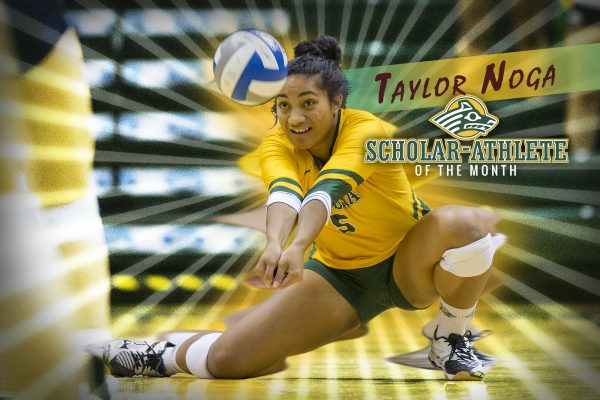 Taylor Noga is a defensive specialist on the UAA volleyball team, part of the 2016 squad that marched all the way to the national championship, setting 40 school records on the way.

But Taylor has earned solo recognitions, too, most notably as a two-time conference All-Academic. A civil engineering major, Taylor holds a 3.55 GPA over three years on the team. That's no easy task, considering her demanding student-athlete schedule, but it's fitting for someone who loves engineering and volleyball in equal measure.

Volleyball, obviously, came first. "Since I was little, my parents played open gym volleyball and they'd always bring me," Taylor said. "I'd always be around the volleyball atmosphere."

That athletic upbringing helped Taylor become a three-sport athlete at East High School in Anchorage. She played defense on the volleyball court, goalkeeper for the soccer team, and threw shot put and discus to boot. All three sports called for power and persistence (and a few bruises), but volleyball was the main event.

"I played soccer for fun in high school, so it was never the way I feel about volleyball where I get so competitive," she said. "But it feels the same. You're just diving everywhere."

Taylor is a defensive specialist for the Seawolves, crashing to the court to keep spiked balls in play. This season, she posted double-digit digs in seven of the last 13 matches, including 18 against No. 8 Western Washington.

Thanks to sports, Taylor also found she loved engineering. "I came here for volleyball, but I ended up really liking the whole school," she said of UAA.

"We'd be in study hall and I just would be watching her do her homework and I always thought it was cool," Taylor said. So she enrolled in an introduction to engineering class and discovered the homework actually was interesting. She declared a civil engineering major soon after. 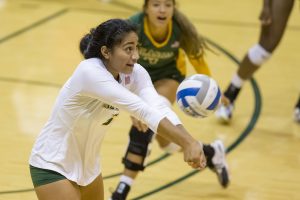 Like all Seawolf athletes, Taylor's day is a balance of academic and athletic responsibilities. Her first class this fall started at 8:30 a.m. but while her classmates groggily trudged to their desks, she was already awake, alert and ready. After all, she'd just wrapped a 90-minute practice starting at 6:45 a.m.

"You cant slack. Ever," she said of student-athlete life. Even though the team studies on their frequent road trips, she'll often have one or two lab classes to make up when they return, adding an extra layer to her regular class/practice schedule.

"I have a planner, and when I feel really stressed I just look at it and write what I have to do and see where I'm free," she said. "I try to make sure I get things done as soon as I can so I don't have to worry about it."

She just finished a demanding semester with courses in coding, calculus, physics and Arctic engineering. It's difficult, but she's ready for the challenge. "I'm excited to get into my major and understand what I want to do," she said.

After exams, she has a rare break from both school and sports. But once spring semester begins, she'll start training for her senior season.

That determination also helps her focus when she's with the team. Slipping in school would affect her mindset on the court, she said, and stumbling in volleyball would distract her in lab. That's why she has to do well at both.

"Just learning how to balance that, being able to handle both of those things, I think it builds character," she said.

"I know it's going to get harder, but I'm excited for the challenge." 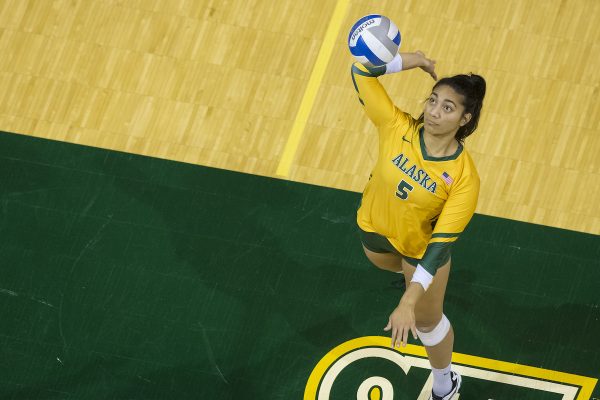