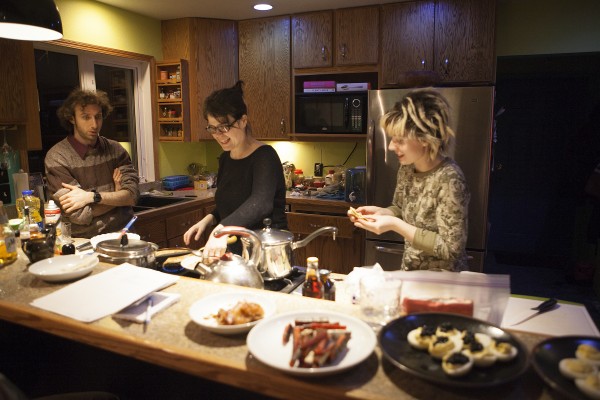 Happy þorrablót to you and yours!

UAA's Nordik Language Klub-profiled in a November 2014 Green & Gold story-recently celebrated the traditional Icelandic holiday of þorrablót at the home of UAA librarian Anna Bjartmarsdottir. Anna-a native Icelandic speaker-has been an excellent resource for the club, and happily hosted the crew of Iceland enthusiasts for the traditional holiday. 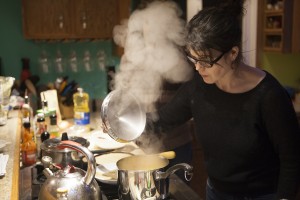 Snow fell outside the kitchen windows as steam billowed from the boiling lamb stew. Group members read poetry and sagas in Icelandic as Anna-setting out dried fish appetizers-answered questions on the holiday. Icelandic music carried through the kitchen-first folk songs about harsh winters and favored horses, then the political blues-rock of Icelandic mega-star Bubbi Morthens.

The midwinter feast is an Icelandic tradition taken direct from the island's medieval history. The original Icelandic calendar split the 12 months into two sections-one for the long summer days, one for the cold winter nights. Þorri marked the middle of winter and spanned mid-January to mid-February. The holiday þorrablót, for those taking notes, literally means 'Þorri sacrifice,' and was a feast to celebrate Norse gods in the deepest pocket of winter. 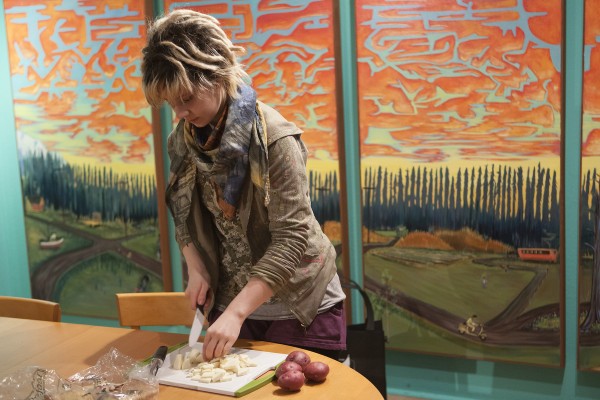 When pagan Iceland was Christianized around 1000 A.D., they switched their calendar to align with the rest of Europe and had to sweep their pagan traditions into the cultural dustbin. Þorrablót was abolished, and remained that way for the next 800 years. 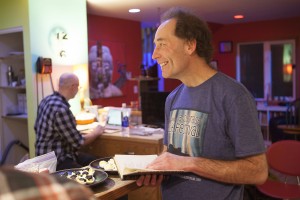 Ken Baitsholts reads Icelandic poetry to the group during the Þorrablót dinner. (Photo by Philip Hall/University of Alaska Anchorage)

The mid-winter festival only returned in the mid-19th century, when the movement for Icelandic independence began to brew. At the time, Iceland was a territory of Denmark, but nationalist movements were brewing across Europe. Icelanders began to celebrate-and revive-their nation's unique cultural identity, and student groups started to celebrate Þorrablót again. The new festival married nationalist fervor with Christianized society-Þorrablót was no longer a pagan sacrifice, but an opportunity to eat, drink and be merry the Icelandic way.

Today, Icelanders celebrate the festival with sagas, folk songs and a feast of uncommon Icelandic delicacies known as Þorramatur (literally, Þorri food-think rotten shark's meat and sheep blood in ram stomach). As a child, Anna celebrated the holiday at her grandparent's house in Iceland and distinctly remembers singed sheep's head on the menu. "My grandpa would be there with a carving knife, peeling off pieces," she recalled. 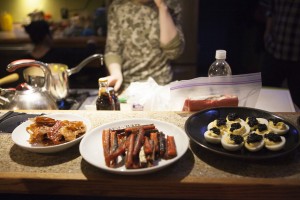 Smoked steelhead, strips of sockeye and lumpfish roe on deviled eggs at Þorrablót. (Photo by Philip Hall/University of Alaska Anchorage)

The Nordik Language Klub kept the menu nontraditional at their Þorrablót feast. Fish dish appetizers-smoked steelhead, strips of sockeye, dried ýsa (haddock) straight from Iceland and deviled eggs topped with lumpfish roe-rested on the counter while the stew boiled. Club members divied up the shopping list and dropped turnips, carrots, potatoes, parsnips, onion and lamb into a boiling broth for the main dish. Dessert was Íslenskar pönnukökur-literally, Icelandic pancakes-piled high, then loaded with sugar, home-whipped cream and sweet berry jam.

This semester, Nordik Language Klub is meeting at Yak n' Yeti on Northern Lights at 6 p.m. two days a week-Mondays for Norwegian, Thursdays for Icelandic. Follow the group on Facebook for up-to-date information, and read more about the club in their Green & Gold story.

If you need a pick-me-up in the thick of winter, bring a little spirit of Þorrablót into your home with the pönnukökur recipe below (recitations of Norse sagas not required). The recipe is available online in Icelandic if you're looking for a challenge, but the translated recipe is below. Although pönnukökur are prepared on an Icelandic griddle perfectly sized for the crepe-style delicacies, the ingredients are all available much closer to home. 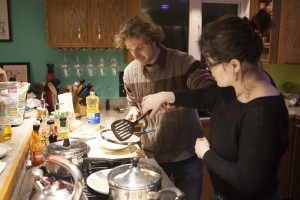 From here, it's pretty simple and standard. Mix the dry ingredients, mix the wet ingredients, then stir them together. Pour the mixture onto the griddle and spread the batter from edge to edge. Heat, flip, heat and remove. Add any extra sweet treats as desired (whipped cream and berries are highly recommended).

Enjoy the long winter like our Northern neighbors do. Happy þorrablót to all! 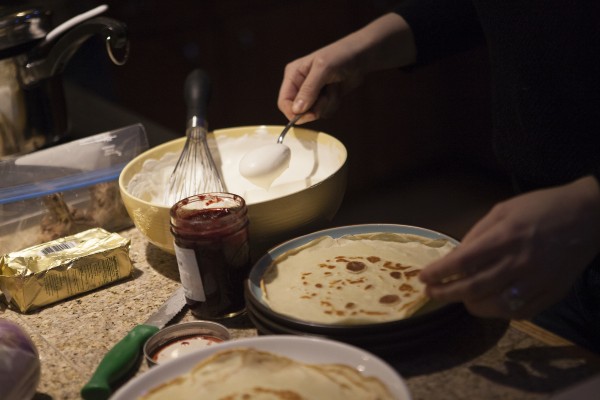