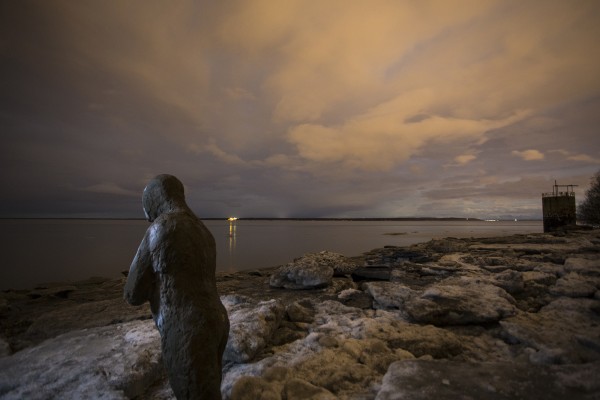 After the storm: Wind and a 31-foot tide toppled all but about a dozen statues in the 100Stone installation at Pt. Woronzof last week. Roughly 74 figures were installed on Nov. 21. Iron Workers Local 751 say they will assist artist Sarah Davies and her creative team to re-install figures for the Dec. 5, 2 p.m. official opening of the exhibit. (Photo by Ted Kincaid / University of Alaska Anchorage)

On Nov. 21, I drove out to Pt. Woronzof to take in 100Stone, a public art installation of human-sized, mud-colored figures scattered across the beach, inching toward the unforgiving inlet waters. It is the creation of Sarah Davies, a two-year effort accomplished with many collaborators in Anchorage and around the state. The display officially opens at sunset on Dec. 5, but debuted that day like wildfire across local social channels.

Saturday's sky was weighty and low. A blustery wind whipped at the inlet's fast-moving tide and packed squalling snow into the wrinkles and face pockets of this burdened human army. These defeated figures seemed to be private pain made public. I felt witness to a mass expression of individual, isolated struggle; loneliness, scaled up. I felt more human for it.

I recalled moving through the stone labyrinth outside Berlin's Memorial to the Murdered Jews of Europe; the unending aisles of "coffins" made visible the size and depth of that terrible stain on human history. Being there, walking it, made it possible to experience the aftershock.

100Stone felt that tectonic to me. I began to imagine a conversation between the artist and a psychologist. What does art like this say? Can it heal us? How? 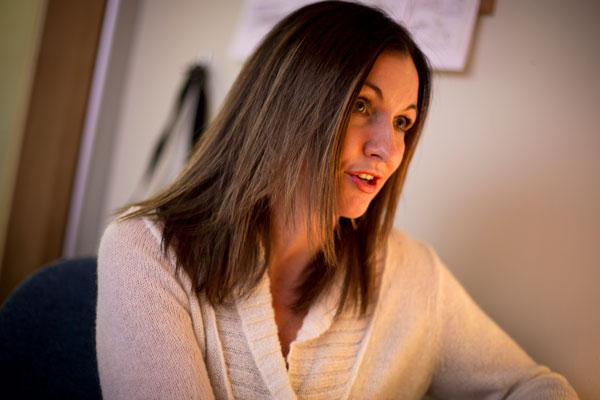 I got my wish. Davies graciously agreed to share her kitchen table and some coffee with clinical community psychologist Rebecca V. Robinson. Robinson teaches at UAA and spends many of her days out in the community, using research to give voice and to advocate for the health and wellbeing of the marginalized. Much of Robinson's work has explored resilience among refugees and immigrants. 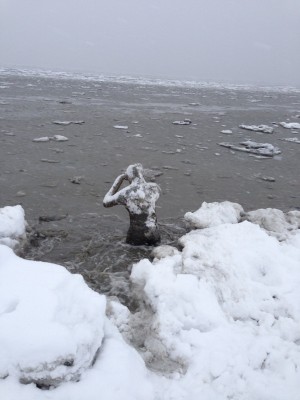 Davies has described her beach figures as a symbol of "the marathon that is wellness management." To manage, one has to survive. Resilience seemed a common thread. I thought that in conversation together, she and Robinson might share perspective on 100Stone, offer things for us to think about as we wander among the anonymous bodies anchored in snow, sand and water.

This notion was an experiment, and the conversation wandered many places. One of the most interesting places was science. Science quantifies. If healing takes place, how does science prove it?

Robinson is already working with dramatic artists, the UAA Department of Theatre and Dance, on the spring production of "Stalking the Bogeyman," Alaska journalist David Holthouse's personal story of childhood rape. Together they are exploring how to gather the kind of data that illustrate healing.

"We talk a lot about how art can transform and art can heal, how art can give voice and art can create social change," Robinson said. "But it is more assertions, what we think, what we feel."

If they are to gather data, she and collaborators must do so "without intruding on the process, without messing up the power dynamic. By not being researchers who hover around, but more who partner with the artists..." 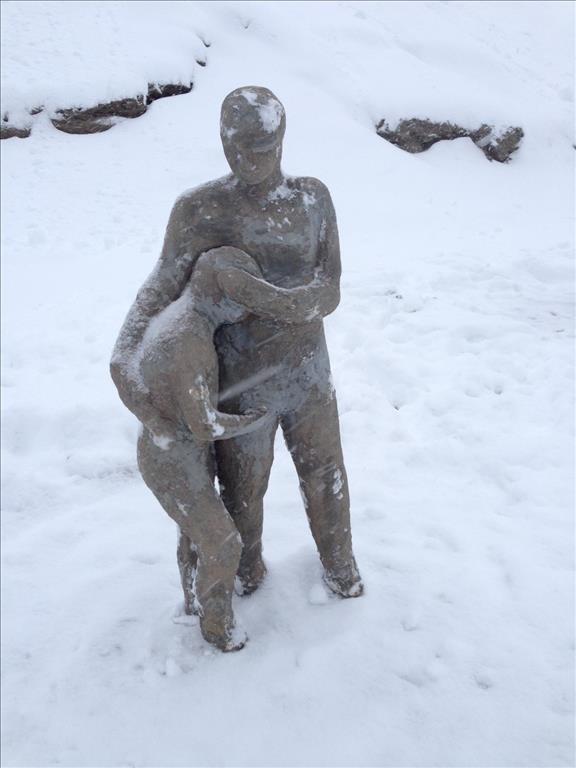 "I wanted very much to be able to measure some things with this project," she said. "I would take a step toward figuring it out, and I would recoil. Because I could not imagine exploiting a moment, a very important moment in someone's life, for data. It was such a great opportunity to measure healing... but I let go of some of my ideas."

Ultimately for Davies, the most important thing to offer people who came for casting was a safe place, a sanctuary. "I wanted to make sure that people had an opportunity to speak without words. Art is just a way to communicate a truth without having to say words." And words, she said, are often too painful to say out loud to a stranger, or even hear alone in your own head. 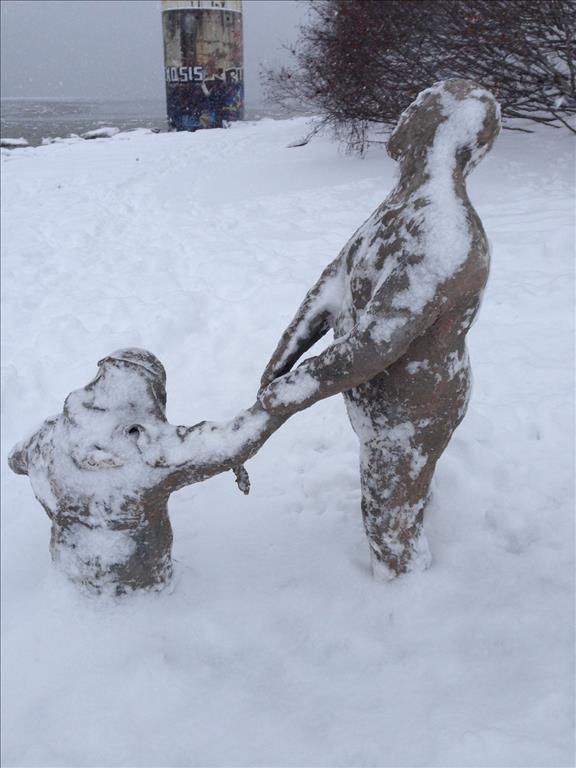 "I am this close to the person at all times," Davies said. "I am touching them. ...We broke those physical barriers. I don't know the science behind it, but I imagine there is a chemical reaction, too."

Even if there were no words, I said.

"Especially, if there are no words," Robinson said. "Words can be really limiting."

She cited the work of Bessel van der Kolk, a doctor and author of "The Body Keeps the Score: Brain, Mind, and Body in the Healing of Trauma." He's an expert on how trauma can rewire the brain.

"When you are talking to people," said Robinson, "you are talking from this part of your brain (she touches her forehead), the part that goes offline when you are scared and fearful. Protecting yourself, you need this part of your brain (and she touches the base of her head near the neck), the part that is flight-or-fight, that is about surviving."

A few things to think about as you wander the beach and stand with the figures on Dec. 5.

A version of this story by Kathleen McCoy appeared in the Alaska Dispatch News on Sunday, Nov. 29, 2015.