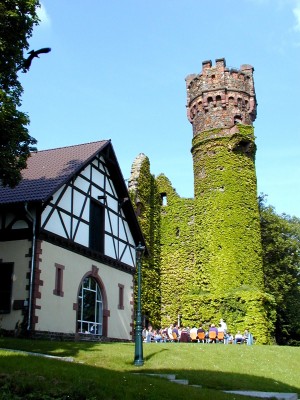 Students at Germany's EBS Universität study in the sun next to an ivy-lined castle. Thanks to a new exchange program, UAA's aviation students can join them for a semester abroad. (Photo courtesy of EBS)

It may not be Hogwarts, but there's still a school where flight-minded students can take class in a castle.

European Business School Universität (EBS) is a small university in a rural region west of Frankfurt. Thanks to a recent exchange program, UAA aviation majors can attend a semester at the school in Germany for the same tuition rates they'd pay at UAA.

EBS is located in the small community of Oestrich-Winkel, stretched between the mighty Rhine River and the rolling foothills of Southwest Germany's vineyard region. The university has a small student body-just under 2,000 in all programs-and occupies three buildings (yes, one of them is a castle). And speaking of obvious campus differences, EBS also boasts an on-campus vineyard tended by a student club.

A semester abroad makes plenty of sense for aviation students, who will inevitably work with folks around the world once they launch their careers. In fact, aviation management students at EBS are required to spend a semester abroad, and the university has formed partnerships with 20 aviation schools in nine countries, including UAA. 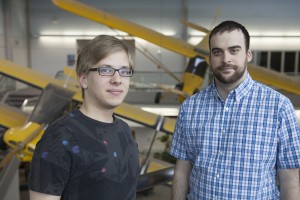 Felix Lesser (left), from Germany, and Brian Peterson, from UAA, took advantage of the aviation exchange to study at each others universities. (Photo by Philip Hall / University of Alaska Anchorage)

The EBS partnership is a true exchange program-each spring, two students from UAA trade places with two from EBS. Since EBS classes can directly translate to UAA credits, students can still graduate on time when they plan with their advisor. Better still, students pay all tuition and fees to their home institutions, meaning Alaskans can pay in-state rates and maintain their financial aid and awards all while living in Germany for four months. Oestrich-Winkel is under an hour's drive from Frankfurt, meaning every destination in Europe is just a high-speed train ride or quick flight away.

The EBS partnership provides an excellent edge for UAA's aviation management and air traffic control majors. "Aviation really is international," said Sherri LaRue, an associate professor of aviation technology who helped arrange the exchange program. "You have to understand what goes on in other countries because it affects the whole industry."

UAA students won't have to worry about taking classes in a foreign language, though-English is the official language of the aviation industry (although students are welcome to enroll in German class). EBS provides course credit, an international perspective, an English curriculum, a home base in Europe and, overall, a pretty unmatchable experience. 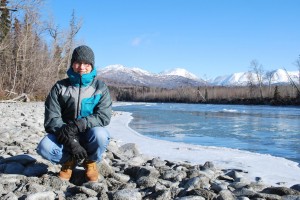 Felix packed in as much of Alaska as possible during his semester at UAA, including this hike on the Kenai River Trail near Skilak Lake. (Photo courtesy of Felix Lesser)

Since 2014, UAA students have been traveling in twos to Oestrich-Winkel each spring semester.

Aviation management major Brian Peterson was one of the first two students to head overseas to EBS for the spring 2014 semester. As the program's pioneer, the experience was a bit of a whirlwind for him. "I told Sherri it might be interesting, next thing I knew I was on a plane to Germany," he joked. He flew out on Dec. 31, 2013 and spent New Year's Eve in an airplane-a fitting way to kick off his first major international excursion.

On the other hand, Felix Lesser-currently in Anchorage-is the first German student to arrive at UAA. He originally intended to study somewhere in Europe, but the allure of Alaska convinced him otherwise. "Anchorage just got on that list at the last minute," Felix recalled. "I always wanted to go there. For a German person, this is so far away," he added.

He easily nabbed one of two exchange spots for the brand new partnership, although he credits his classmates back in Germany. "I didn't have to compete with a lot of people because all of them wanted to go to the beach and enjoy the sun," he noted. Felix arrived in Anchorage the first week of January, during a sharp cold snap on a dark winter night... just what he was looking for. During his one semester at UAA, he's made the most of Alaska, exploring everywhere from Kenai to Fairbanks, snowshoeing in Denali and skiing in Girdwood. "All the things you should do," he smiled. 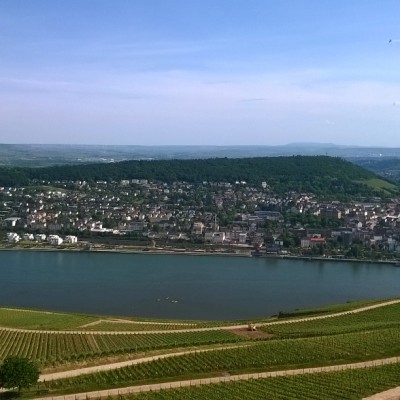 From the tiny town of Oestrich-Winkel, Brian could walk through vineyards along the mighty Rhine and take in vistas of neighboring communities, like Rüdesheim (pictured). (Photo courtesy of Brian Peterson)

Brian and Felix aren't required to participate in anything other than classes, but both have volunteered their time at info sessions and meet-and-greets to talk about the aviation partnership.

Both study aviation management-the business side of aviation (think mileage plans, airport operations, flight pricing, etc.)-and by taking a semester away, they gained a valuable perspective they might not have found back home.

For Felix, he was able to focus more on specific aviation courses than he could at his business college back home.

For Brian, he could expand his perspective. "I got more of an international view of aviation, so it's a bigger picture of it," he said, citing his new connections to aviation students and professionals in Poland, Germany and France. "I would say it's one of the best experiences I've done in college.

"To be honest, they should actually require all business and aviation majors to do an international exchange," he continued. "It puts you in contact with so many people; it forces you to change your viewpoint; it gives you a more rounded view."

In addition, Brian picked up valuable study skills from the meticulously efficient Germans. "In Germany, when they say to do the assignment, you do it immediately. You can't procrastinate," he noted, recalling how a 10-page paper could be assigned one day and due the next. "Going there helped improve my grades here. I actually study less than I did before, but I'm getting higher grades," he added.

Forget what you heard about the Euro. If affordability is a concern, both Felix and Brian agree Oestrich-Winkel is a steal compared to Anchorage prices.

"I would encourage everyone I've met here to do the exchange because, obviously, it's a great experience to get to Europe. Secondly, it's probably one of the cheaper exchanges you can do, just because cost of living is way lower," Felix commented. He's enjoyed exploring Alaska, but he's looking forward to heading home, where he rents a two-story apartment with a huge balcony in a 400-year-old building for just one-fifth of his rent in Alaska.

Brian agreed. "I paid $50 a week for food and I was not getting the cheap stuff," he said. Fresh-baked bread, organic produce, local sauces-he wasn't living the standard diet of a struggling college student. "I gained weight when I was there," he joked. 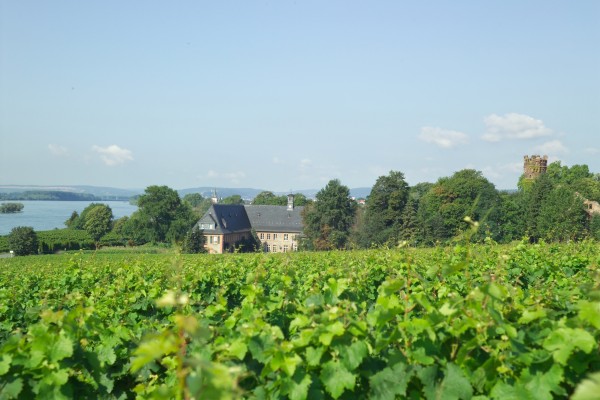 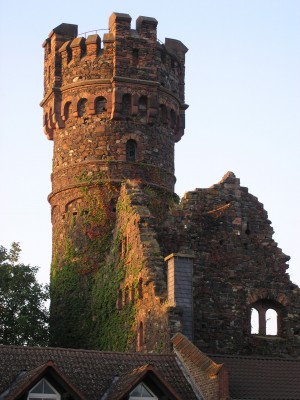 Want to attend class in a castle? Aviation management and air traffic control students interested in a semester at EBS can contact the Office of International & Intercultural Affairs at UAA to get started. (Photo courtesy of EBS)

As soon as the finals are over, Felix will fly home to start his next internship with Lufthansa (Germany's national carrier is funding his education in exchange for a series of internships-yes, it's another sweet deal). At the same time, two UAA students will return to Alaska in time for the summer. Their planes may even pass by over the Atlantic as their exchange semesters end.

But the opportunities are just beginning for future students. Want to learn more? Contact the Office of International & Intercultural Affairs, where education abroad coordinator Leslie Tuovinen will help you navigate the process.

"Leslie is so wiling to work with students to get them places. They just have to want to do it," Sherri concluded.

Students interested in studying aviation in Germany can start the process at UAA's Office of International & Intercultural Affairs in Rasmuson Hall.