The total eclipse of Talkeetna, 1963 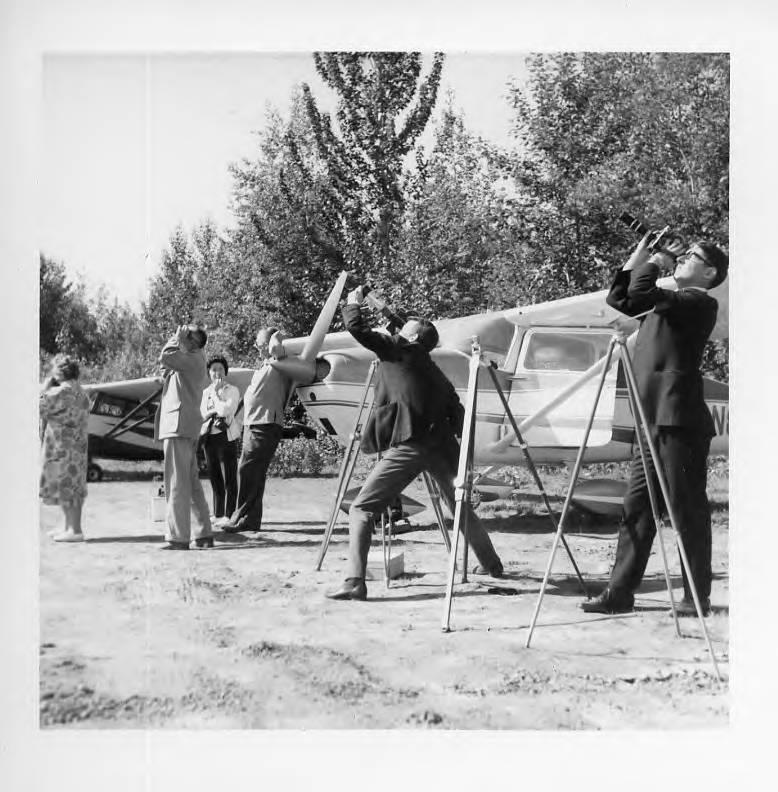 On Aug. 21, a total solar eclipse will darken a 70-mile-wide strip of the country. Communities in the dark zone-from Oregon to South Carolina and 12 states in between-are awaiting a massive influx of curious travelers and astronomical experts.

The frenzy is real. The New York Times released a playlist for eclipse viewing, and reported on Hopkinsville, Kentucky, rebranding itself as Eclipseville in expectation of a $30 million economic boom. Alaska Airlines lined up an invite-only charter flight above the clouds. Naturally, Bonnie Tyler will be singing "Total Eclipse of the Heart" on a cruise ship at the moment of totality (no, not kidding).

The last time a total eclipse spanned the country from coast to coast was 1918, when there were 6.16 million cars on the road. Nearly a century later, according to Time, Americans now drive 263 million cars, meaning millions of people can reach the path of the total eclipse. Even Alaskans, well used to darkness, are amped about the opportunity. If your neighbor isn't flying somewhere for the event, they probably know someone who is. 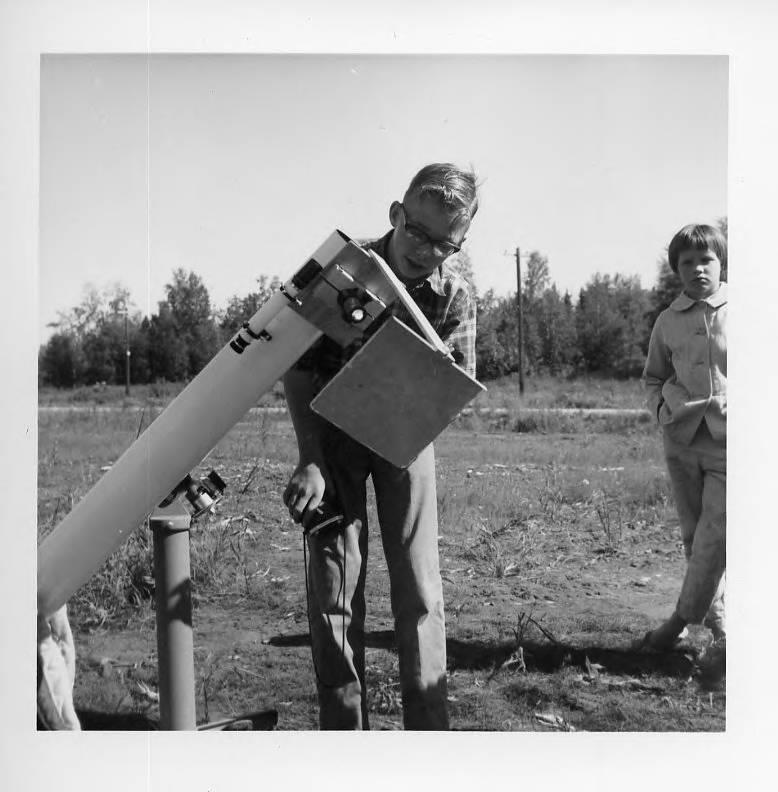 Eclipses are regularly occurring phenomena, appearing when the sun, moon, and earth are directly aligned. If the moon's distance from earth is enough to block the circumference of the sun, communities also in alignment experience minutes of surreal darkness.

"It's relatively rare," said Erin Hicks, physics professor and director of the UAA Planetarium. "To have the moon pass in front of the sun, such that it's totally blocking the disc of the sun, requires quite a number of things to fall in place."

Alas, we here in the North will miss out this time. "From our vantage point in Alaska, we only see part of the sun blocked," Hicks noted. 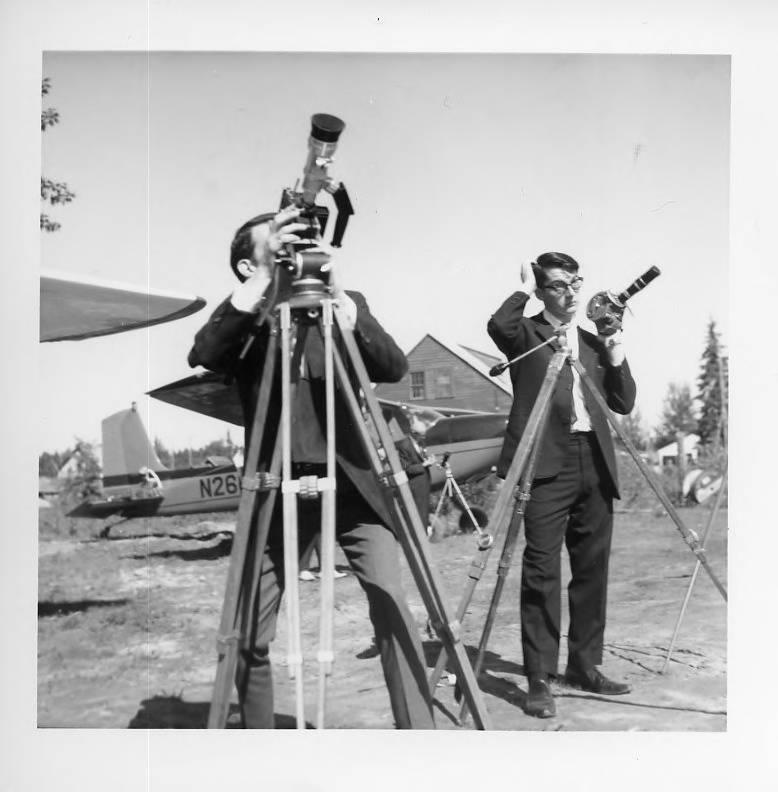 Total eclipses, though, have happened here before.

On July 20, 1963, Talkeetna, Alaska was once its own Eclipseville, caught in the crosshairs of a total eclipse and embracing the influx of curious visitors.

"The [1963 event] in Talkeetna was a total solar eclipse, so its similar to what the Lower 48 in the particular path will be experiencing," Hicks noted.

Though only visible in totality across Alaska and Canada, the 1963 eclipse still made an impression; it's even referenced in a season three episode of Mad Men.

"It was advertised in all the media that Talkeetna, Alaska-of all places-was one of the prime places to view the solar eclipse," recalled Roberta Sheldon, a long-time resident reminiscing on a 2002 episode of KTNA's Granny's Radio Recipe (audio available online, the eclipse is first mentioned at 12:25). 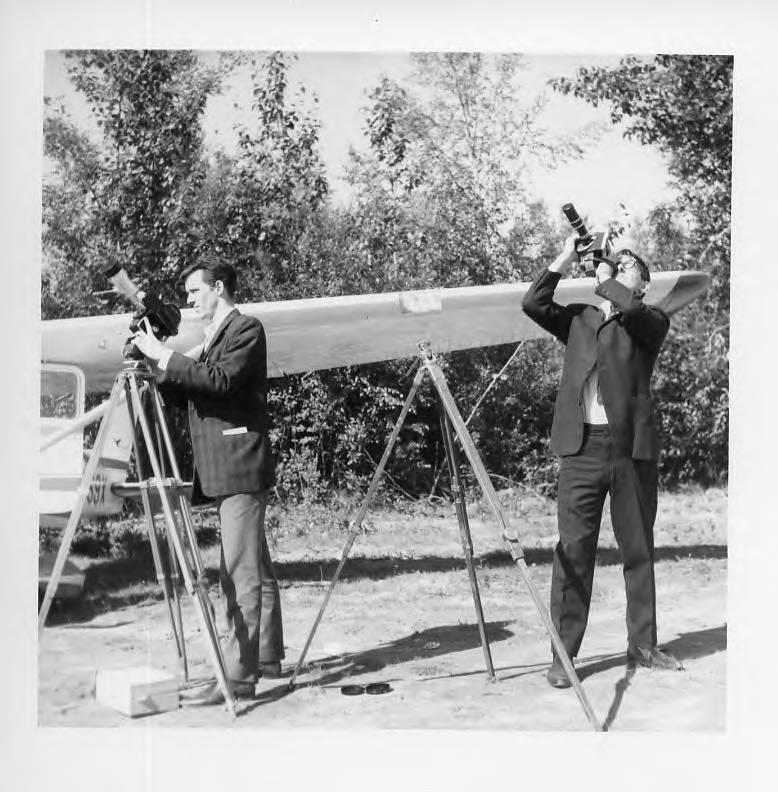 Sheldon estimated up to 400 visitors came to town, while Granny herself-host Emmila Denny-remembered reports of 1,200 guests. Regardless of the number, freelance journalist Christine McClain was among the hordes of visitors.

A stringer for Newsweek Magazine, McClain published stories in more than 25 national publications from her home base in Anchorage. Her writing brought her across the state, chasing stories of oil booms, earthquakes and, yes, eclipses. Her collected photos and notes are now part of Archives and Special Collections at the UAA/APU Consortium Library.

The day of the eclipse, McClain was in Talkeetna shooting photos of curious eclipse-viewers dressed in sharp suits and sundresses, Coke-bottle lenses and aviator sunglasses. People streamed in on the Alaska Railroad early in the day. The American Astronomical Society scheduled its annual meeting in Fairbanks, according to the Fairbanks Daily New-Miner, so nationwide astronomers could get to Talkeetna, too.

McClain's photos show eclipse chasers disembarking the train and assembling their observation tools-some setting up right on the railroad tracks. The eclipse reached its peak at 10:02 a.m., but Sheldon and Denny recall the celebration continuing up and down Main Street long after. 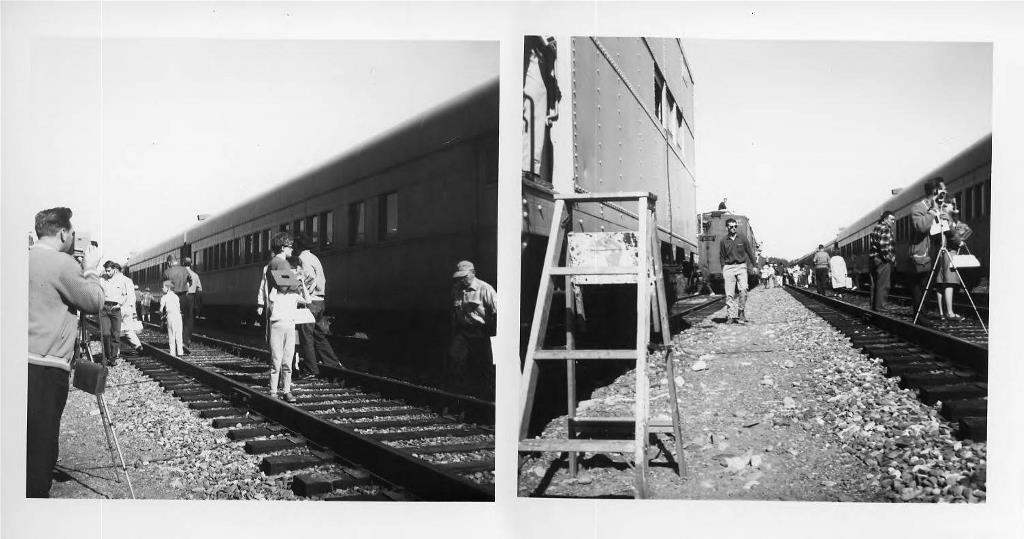 Eager viewers set up viewing equipment on the railroad tracks, next to the train that ferried tourists to Talkeetna that morning (Christine M. McClain papers, Archives and Special Collections, Consortium Library, University of Alaska Anchorage).

"Did they ever have a carousing time in this town," Denny recalled on the radio, laughing.

After weeks of likely speculation and excitement, the eclipse passed over Talkeetna. The Railroad brought revelers home that evening, and the only memories we have are the documents of the day, like McClain's archived photographs. 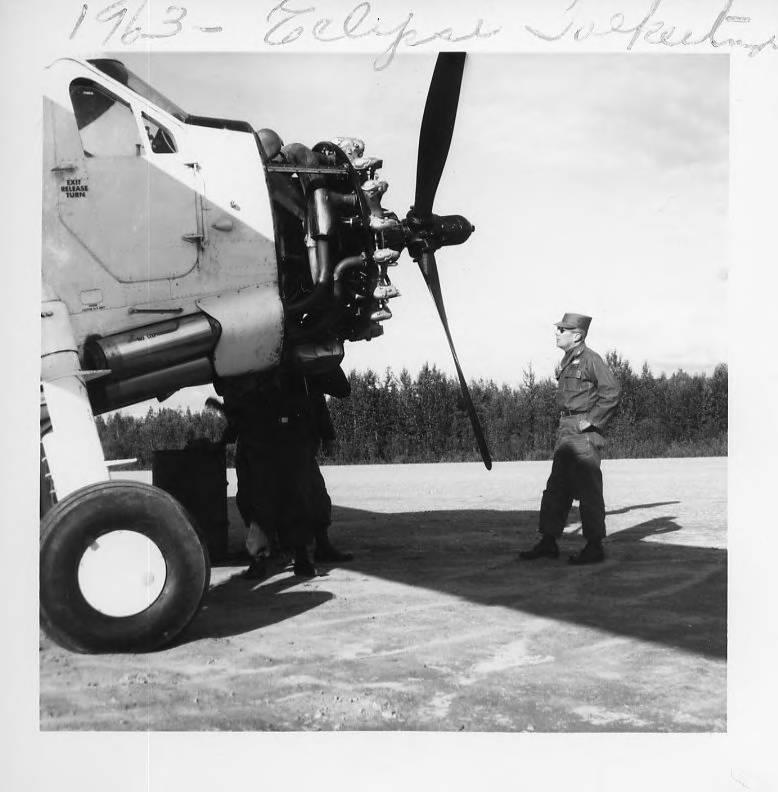 The day of the eclipse in 1963 (Christine M. McClain papers, Archives and Special Collections, Consortium Library, University of Alaska Anchorage).

The same will happen after Aug. 21, when eclipse-mania subsides. At least for now.

And what of Alaska? If you're not looking to leave the state, then mark your calendars for March 30, 2033, when a total eclipse will place Nome, Kotzebue and Utqiaġvik in the national spotlight.

If you're in town on Monday morning, you can view the partial eclipse on the Anchorage Museum lawn between 8:21 a.m and 10:13 a.m. Yes, coffee will be available. 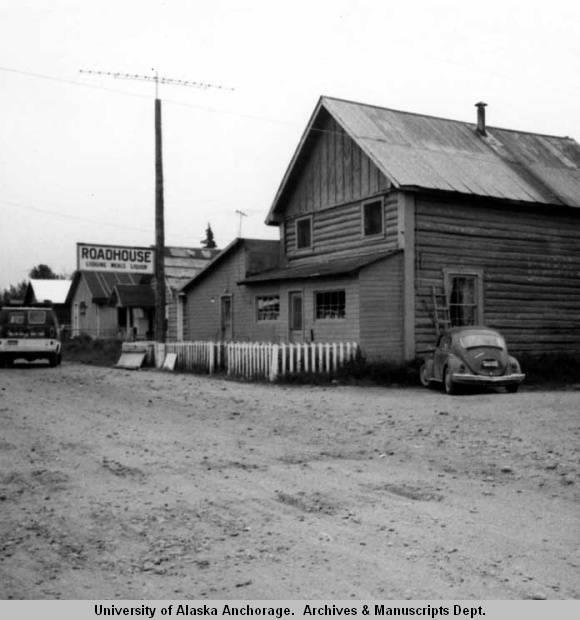 "The total eclipse of Talkeetna, 1963" is licensed under a Creative Commons Attribution-NonCommercial 4.0 International License.