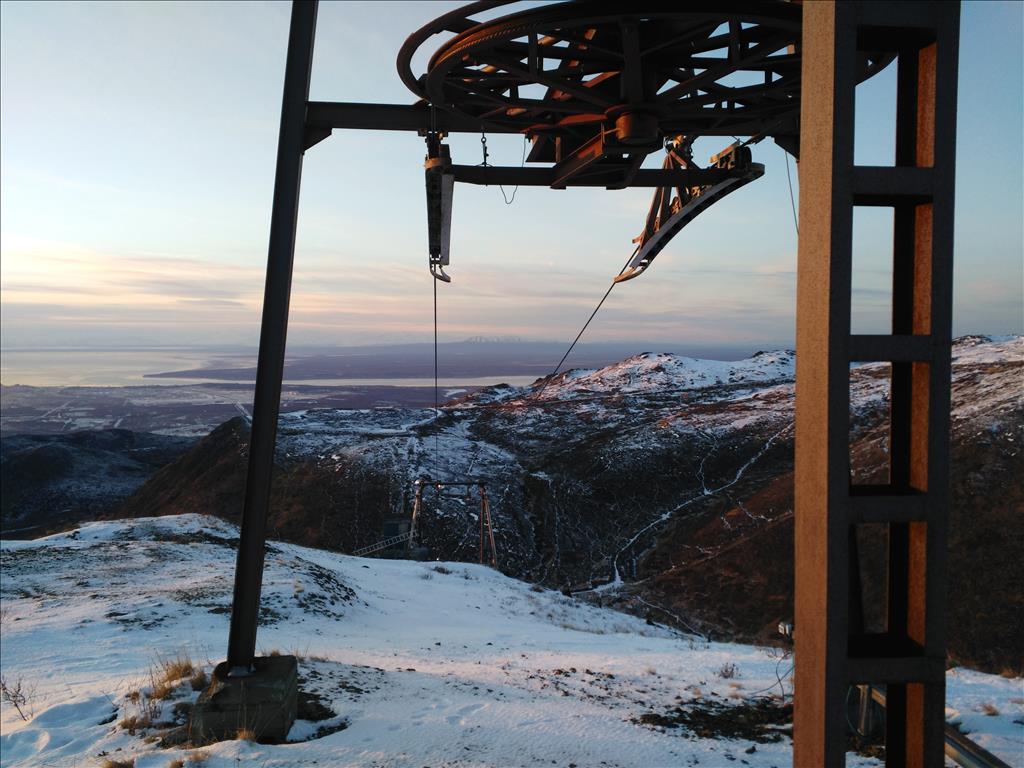 Thanks to a team of fresh engineering graduates, Anchorage may soon have a world-class ski destination overlooking downtown.

Professor Osama Abaza has taught the course since 2009, and has developed strong partnerships with public entities like Department of Transportation, Alaska State Parks and Anchorage Water and Waste Water Utilities. Last year, though, saw a new addition. Anchorage Ski Club, the nonprofit that operates volunteer-run Arctic Valley, showed up to ask for artificial snow.

"You don't get taught in your undergraduate how to conduct a snowmaking system. It doesn't come up," joked James Matthews, B.S. '17, who served as the water resources lead for the project. "We had a lot of fun with trying to figure out how to make snow." What could be more Alaska than that?

Though far from an engineering operation, the ski club certainly had an engineering question. What would it take to guarantee one foot of snow by December 1 at Arctic Valley?

Arctic Valley has a few chairlifts and a convivial lodge, but skiers rely on Mother Nature to add powder to the peaks. While that makes for a more natural skiing experience, it also limits the park's potential. Professional skiers need reliable (aka artificial) snow to compete.

Harry Need, M.P.A. '13, ski patrol volunteer and former board member of Anchorage Ski Club, has big visions for beefing up Arctic Valley. A 20-second conversation will convince you he's committed to reinventing Anchorage as a world-class ski destination.

With reliable snow at Arctic Valley, he said, "We could really have a significant change in the way we think about Anchorage and the sport of skiing."

What if Anchorage were a ski town, he asked. What if we had reliable competitive peaks overlooking the city? What would that do for the community, for the university, for winter hotel rates? Given Girdwood's streak of warm winters, a peak comfortably above the rain line and much closer to campus makes serious sense for UAA.

"We could have Seawolf skiers standing on a podium in a spot where they can actually see their own campus," Harry explained. What if by partnering this little nonprofit ski hill and the UAA ski team, we could change the culture of Anchorage? What if we could have the World Cup in Anchorage?"

"This was pretty high on my list," said Bryan Sooter, B.S. '17, a self-professed former ski bum who saw the project's value.

"For a city the size of Anchorage to have that kind of skiing 15 minutes up the road is pretty unheard of," he added. "Back East, people drive hours for something a quarter of that size." With his experience and interest, Abaza assigned Bryan as team lead. 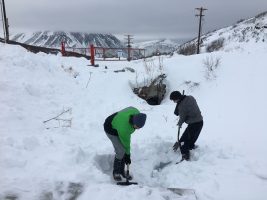 In the first semester, students simply collected data - topography, climate, water volume in the nearby creeks. Bryan scheduled a group tour of Alyeska's technical facilities to get an idea of their project's expanse. The second semester turned into the design phase. After a year of dedication, the team of five civil engineers and two mechanical engineers submitted a 129-page document (available online) detailing their plan.

While classmates on other projects had to meet strict state and federal guidelines, "we were given a blank canvas essentially," Bryan said. 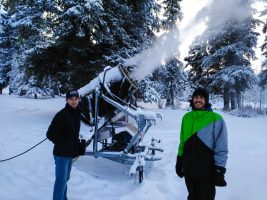 They suggested a system of four maneuverable-but-pricy snow guns and four stationary-but-cheaper snow towers. To power the towers, they designed a piping system and a catchment basin that would reliably provide water through the winter.

Money was their biggest constraint. "We're trying to propose this to a nonprofit organization that doesn't necessarily have a steady income," said James, the water resources lead.

"[Snowmaking] is one of the largest expenses ski resorts probably take on," Bryan added. "Everybody down south is just pumping millions and millions into their systems."

To alleviate costs, their final design suggested a basic year-one starting system with several phases of expansion, all using available water. They even filled out city permits to gain water rights.

Anchorage Ski Club was impressed. "[Dr. Abaza] assigned me a crack squad of students that came up with a very elegant, practical, staged solution," Harry noted

All six seniors graduated in 2017, but their project provided a first step for both the ski club and for their own careers.

James, for example, accepted a job with Army Corps of Engineers in Buffalo before he even graduated. "Lots of questions they asked me in the interview itself, I was able to refer back to my experience with senior design," he noted.

From Eastern Pennsylvania, the chance to work on a snowmaking system was a perfect ending to James' Alaska education. "Being from the East Coast I have to say that this university is the best university I could have gone to," he said. (James' mother, Corinne Hoyt '93, is also a UAA graduate.) "It's definitely been a unique college experience and I'm so thankful I came up here."

With the enthusiasm of Anchorage Ski Club and the expertise of UAA, the future looks bluebird bright at Arctic Valley. 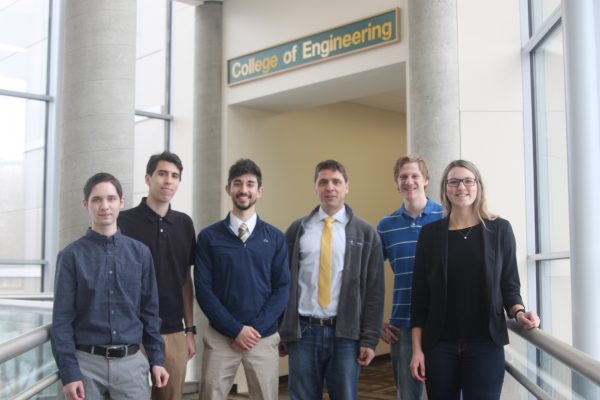 This research was made possible by a $2,500 Dr. Alex Hills Engineering & Civic Engagement Award through the Center for Community Engagement & Learning.

Want to see what else engineers are up to in SeaWolf Engineering senior capstone? Dr. Abaza has compiled every engineering capstone project, poster and proposal since 2009 on his website, Osamaabaza.com.