Hindsight is 20/20, but for Kenai Peninsula College’s Alan Boraas, there are no regrets 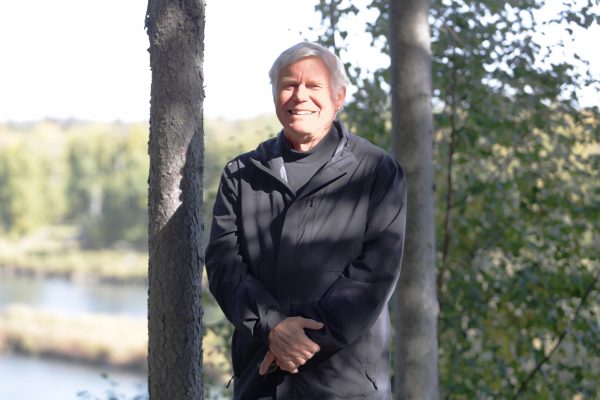 It was August when twenty-something anthropology grad Alan Boraas hit the Alaska/Canada border - a time when the North suddenly collapses from summer to fall and golden light hits the rugged landscape, casting an ethereal glow. Boraas was instantly hooked in only a way that Alaska's wilderness can capture a person's soul, and more than 45 years later, the longest serving professor at Kenai Peninsula College (KPC) is still awestruck every autumn as the seasons change and students return to campus.

Borass was driving up the Alaska Highway from Minnesota after completing his undergraduate degree to continue his anthropological studies through a master's program at the University of Alaska Fairbanks. He fell in love with the state's raw beauty and during his time in grad school, worked on projects from Fairbanks to the Arctic Circle. Boraas ended up finishing his master's degree at the University of Toronto at the urging of a professor and was about to start a Ph.D. program, but he found himself at a crossroads. There was a gnawing in his soul that had him yearning to return to the wilds of Alaska. So he made a snap decision in a gas station parking lot.

"I drove about a mile or so from campus and pulled into the equivalent of a Quickstop, sat there and decided, I'm going back to Alaska," Borass said. He went back to his professor at the time and thanked him for all his help. "You know, those are the decisions we make that aren't really based on anything but that feeling of what's the right thing to do. I don't regret it. It was absolutely the best decision to make, but you only know it was the right decision 40 years later.

Boraas eventually made his way back to Alaska. He's traveled all around the state, but the Kenai Peninsula is where he decided to lay some roots and call home. He loves the peninsula's mix of mountains, ocean, forest and lakes, where he likes to roam for hours on end when he needs to get away from it all.

It was during his time as a carpenter when founding director of KPC, Clayton Brockel, approached Boraas and offered him a job teaching general education development (GED) courses for a program through the Kenaitze Tribe for tribal members looking to finish high school.

"He came into where I was working and I had to climb down off the roof and he said, 'Would you like to teach?'," Boraas said. "I said sure." Boraas started that fall which was the springboard he needed to jumpstart his career, both in academia and in research, working with the Kenaitze Tribe, who's he's worked closely with throughout his career.

"Now I'm looking back at 45 years," said Borass, laughing slightly. He did take a yearlong sabbatical to push through and finish his Ph.D. It was a tough year with an impending deadline, but he survived and said it was one of those life choices that ended up opening a lot of doors in the world of research. 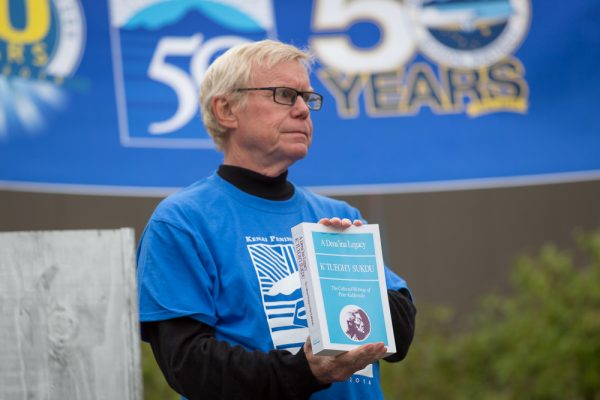 Boraas said neither he or his classmates were given a roadmap of how their studies and research could impact and change the world around them, just the guidance and belief that their work was significant and important. It's what Boraas, as a professor all these years later, instills in his students.

Over time, Boraas' approach to his work has proved fruitful and he knows that studying our distant past is the key to understanding our future. He's worked with local Alaska tribes, serving as a voice to protect their cultural connection to salmon, as well as working for the Environmental Protection Agency (EPA) and the Native American Rights Fund, to promote Alaska Native rights for the controversial Pebble Mine Project (PMP). He said his anthropological research into the significance of salmon to these Alaska tribes became a major factor in the EPA's decision into what the PMP was allowed to do.

"It's not just a matter of conducting cultural anthropology research or doing interviews," said Boraas, explaining that his work on helping people preserve their voice and way of life is so much more than what can be read in a report or in a textbook. To him, anthropology is powerful in providing history through language, tradition and culture to the next generation.

"That's how you change the world," Boraas said. "Assisting people and helping them live the lives they want - that's a battle worth fighting."

The art of teaching

For Boraas, his life on the Kenai has not been the glamorous life of East Coast academia and he's okay with that. He still loves coming to work and doing what he calls "developing the culture of the North," by teaching the Peninsula's next generation of students. 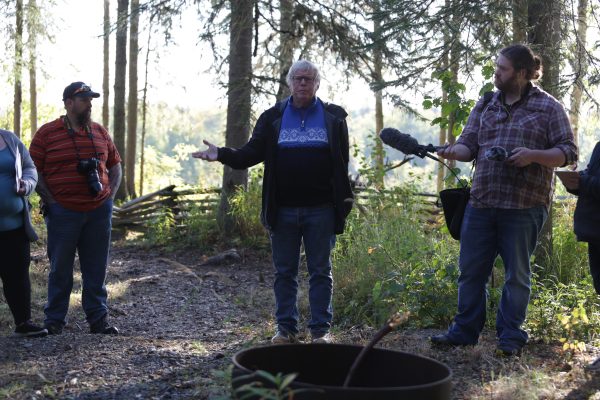 "There are times when the magic happens in the classroom," said Boraas. He said there are lectures where, over the course of the hour, he can feel the classroom's energy rise to a tipping point, until it spills out into the halls, as students excitedly continue that day's discussion. "I live for those times."

Boraas says he loves the challenge of creating thought-provoking lectures that inspire lively discourse. He doesn't nail every lecture but loves it when he gets students excited about learning, especially when he reaches the ones who may not always be the most obvious standout student.

That's what Gary Turner, KPC's director of 17 years, admires about Boraas - his ability to captivate a class during his lectures.

"I've sat in many of his classes and the students are just spellbound," said Turner of Boraas. "He's just so well respected in the community. Alan really is a University of Alaska and state of Alaska treasure."

Boraas has been teaching at KPC since 1973; the college was established in 1963. He says that some might wonder why he stayed - or why he still remains, but it goes back to Alaska's quiet wilderness and the beautiful light, or lack thereof, that only people living in the circumpolar north understand.

"One of the greatest things is the long morning light as the sun comes up," said Boraas. "For me, sitting and having a cup of coffee and letting the light hit me through the windows is a great thing. Or the winter night, it's seldom dark - only when you're inside the house looking it out. But you just have to get out into it."

He's not planning on retiring any time soon, at least not in the formal sense. In his 45-year career he's not once dreaded coming to the office and said that, for him, there will always be lifelong work and learning.

"Don't plan your life with retirement in mind - you need to let life dictate the important work you do," Boraas said.

"Hindsight is 20/20, but for Kenai Peninsula College’s Alan Boraas, there are no regrets" is licensed under a Creative Commons Attribution-NonCommercial 4.0 International License.