On the level with UAA’s Esports Club 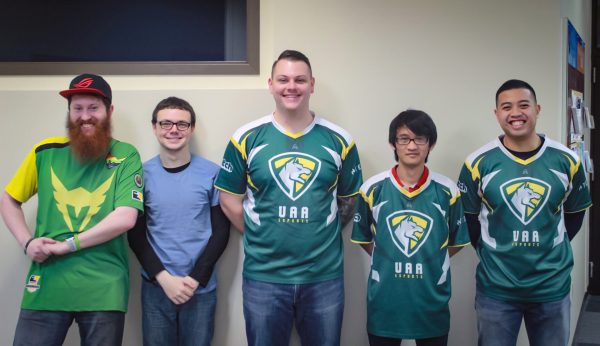 Competitive gaming, or esports, is a soon-to-be billion dollar global industry. Professional gamers can land million-dollar prize payouts, and up-and-comers have the potential to get lucrative college scholarships. In 2018, around 30 Alaska high schools joined the Electronic Gaming Federation, a national network helping to build an esports league in those schools. Building on that momentum is the UAA Esports Club, who have provided valuable knowledge and resources to the burgeoning high school programs. From left: Riley Lyons, Clay Cardwell, Nate Ferguson, Kong Xiong and Christian Marcale. (Photo by Alex Austin)

If you grew up in the '80s or '90s, you might be excited to hear that paying the bills by playing video games isn't as far-fetched as it used to sound. The developing competitive video game industry, called esports, is projected to make more than $1 billion in revenue in 2019.

In terms of viewership, the 2018 World Championship for League of Legends (LoL) - the premiere tournament for esports' most popular game - garnered an estimated 205.4 million viewers from around the world across various television and streaming platforms. On the other hand, the 2018 Super Bowl estimated just 103.4 million viewers.

To further drive the point home, not only is there a dedicated esports section on the ESPN website, but competitive gaming is also under consideration to be included in the Olympics. Simply put, esports is a game changer, and Alaska is getting in on the action.

In spring 2018, the Last Frontier became the second state after Connecticut to join the Electronic Gaming Federation (EGF), a company that aims to build the infrastructure for college and high school esports across the U.S. Think of them as the NCAA of esports.

Through the partnership with EGF, around 30 high schools in the Anchorage School District, Matanuska-Susitna Borough School District, Yukon-Koyukuk School District and Raven Homeschool system have rolled out or are planning to roll out their own esports programs during the 2018-19 school year. This is exciting news for anyone who's ever wanted to show off their school pride, but feel more at home handling a mouse and keyboard rather than the pigskin.

"It's great to see that people are paying attention and getting involved," explains Riley Lyons (more on him later). "Not everyone plays baseball or hockey, but they still want to do more to represent their school."

Unlike the after-hour video game clubs that have always been around, school-sanctioned esports teams have the potential to help students net hefty scholarships. The shining example of this is Anchorage Christian School alumnus Jonathan Steigleman, who earned a scholarship to play LoL at Southwest Baptist University in Missouri.

About one year before Alaska high schools welcomed the arrival of esports, a similar movement happened at UAA. After following the rise of the competitive gaming industry, a group of five lifelong gamers decided the time was right to start the university's Esports Club.

"I saw the college scene evolving and teams competing, and I was like, 'Wow, why doesn't UAA have this type of thing?' Then [EGF] came up here to specifically start a high school league, which I thought was crazy! They could've picked anywhere and they decided Alaska was a prime spot to do it, and ASD was buying into it as well. It was really cool to see that evolve in the community," describes Christian Marcale, founding member of the Esports Club and its current president, a role he stepped into after the first president moved out of state. 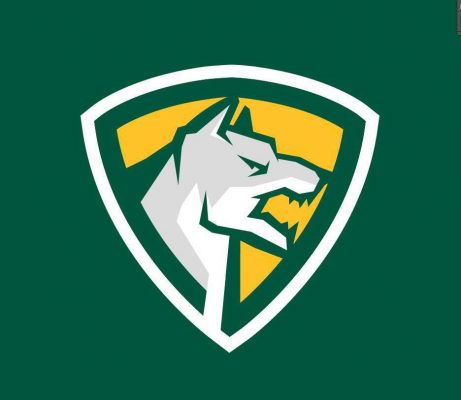 During the club's early days, the group functioned mainly as an LoL team, cleverly dubbed the E-Wolves. Set against a fantasy backdrop, the game pits two teams of five players against each other in an effort to destroy the opposing team's base.

In order to stay competitive at the professional level - for playing LoL or any esport game - teams practice strategies and build synergy by spending anywhere between eight and 12 hours training. In addition, getting the upper hand can come down to having longer endurance and faster reaction times than the other team, which requires players to maintain physical and mental shape via proper diet and exercise, eschewing the cliched image of gamers rarely emerging from the basement and subsisting on Hot Pockets and Mountain Dew.

"I thought I played a lot, and then these other guys on the team are still acing their classes and going to work, but I swear they still play eight hours every night," shares Marcale. "I've also been trying to get us to work out more as well as study to match varsity sports and pro gamers."

Mirroring esports' meteoric rise around the world, the E-Wolves have quickly grown from an LoL team of five competitive players to a community of around 40 gaming enthusiasts across Anchorage and the Valley.

"There's a whole world of games out there that you can play or watch being played on a professional level that you can get into and get excited about," says club member Elizabeth Batchelder. "The esports community is willing to take you in and give you a place to be."

Part of group's broader scope and added members can be attributed to Riley Lyons, one of the Esports Club's founders and their community representative. Lyons fashioned the role after seeing similar positions in other universities while attending a collegiate esports conference in Houston, Texas.

As community representative, Lyons partners with like-minded businesses and organizations to facilitate gaming activities, including tournaments during Senshi Con, LAN parties with Warehouse 49 and esports viewings at sports bar Flattop. More recently, Lyons and the E-Wolves have served as a local resource for the burgeoning esports programs in Alaska high schools by hosting events, and more importantly, sharing knowledge.

That knowledge is of particular interest to UAA, and specifically, Vice Chancellor for Student Affairs Bruce Schultz. Schultz met with the Esports Club to gain insight into the competitive gaming industry, its implementation in Alaska high schools and what that could mean for UAA.

"I'm excited by the interest students are showing in esports here at UAA," writes Schultz. "I believe students thrive and achieve more when they're connected to the university in ways that are personally and socially fulfilling outside of classes. I'm always interested in finding new ways for students to know they matter and belong. UAA students are known throughout Alaska, the nation and even the world for so many amazing things and I'd love to see esports being added to the growing points of pride list."

"On the level with UAA’s Esports Club" is licensed under a Creative Commons Attribution-NonCommercial 4.0 International License.