The USUAA Assembly is comprised of a president, vice president, 10 senators, 12 delegates, and 3 liaisons.

Students interested in joining USUAA must be enrolled in at least 3 credit hours, have paid the Anchorage consolidated fee, and have a cumulative GPA of 2.5 or higher.

The USUAA president and vice president are elected by the student body in the spring general election. See USUAA Elections for more information. 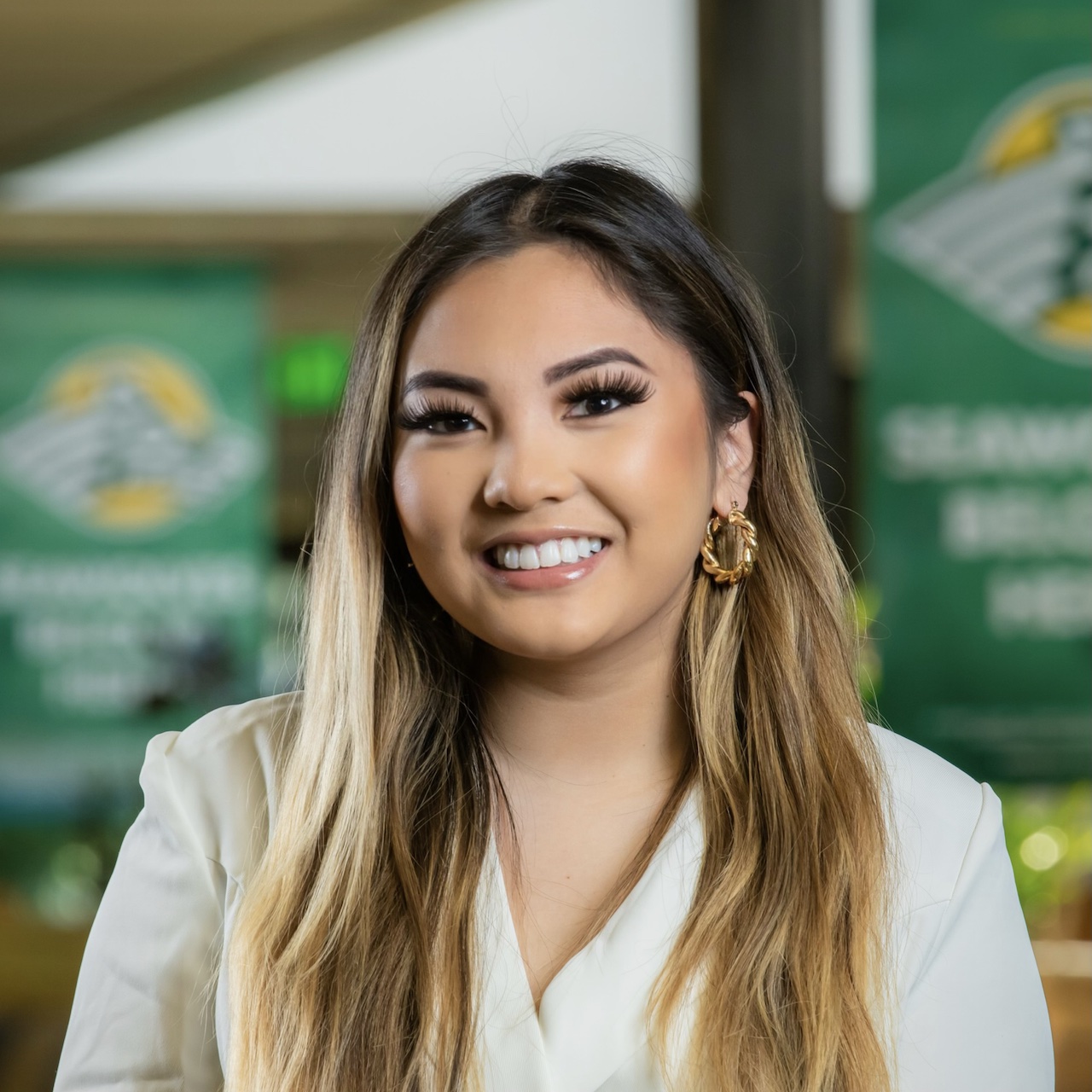 Katie Scoggin is a Junior majoring in Political Science and minoring in Spanish and Legal Studies. This is her second year serving on USUAA, and she has previously held the roles of Delegate of the College of Arts and Sciences and the Chief Activities Officer. Additionally, Katie is a Resident Advisor on campus and serves on the Secretariat in the Model United Nations.

The President acts as the official spokesperson for USUAA Student Government and provides leadership, support, and direction for USUAA Student Government as an organization. In this role, the President appoints numerous student representatives to serve on boards and committees within the University to offer student voice and opinion. The President holds the authority to approve or veto Assembly legislation and will work in conjunction with the Associate Director for Student Leadership and Administrative Assistant to supervise all paid USUAA employees. 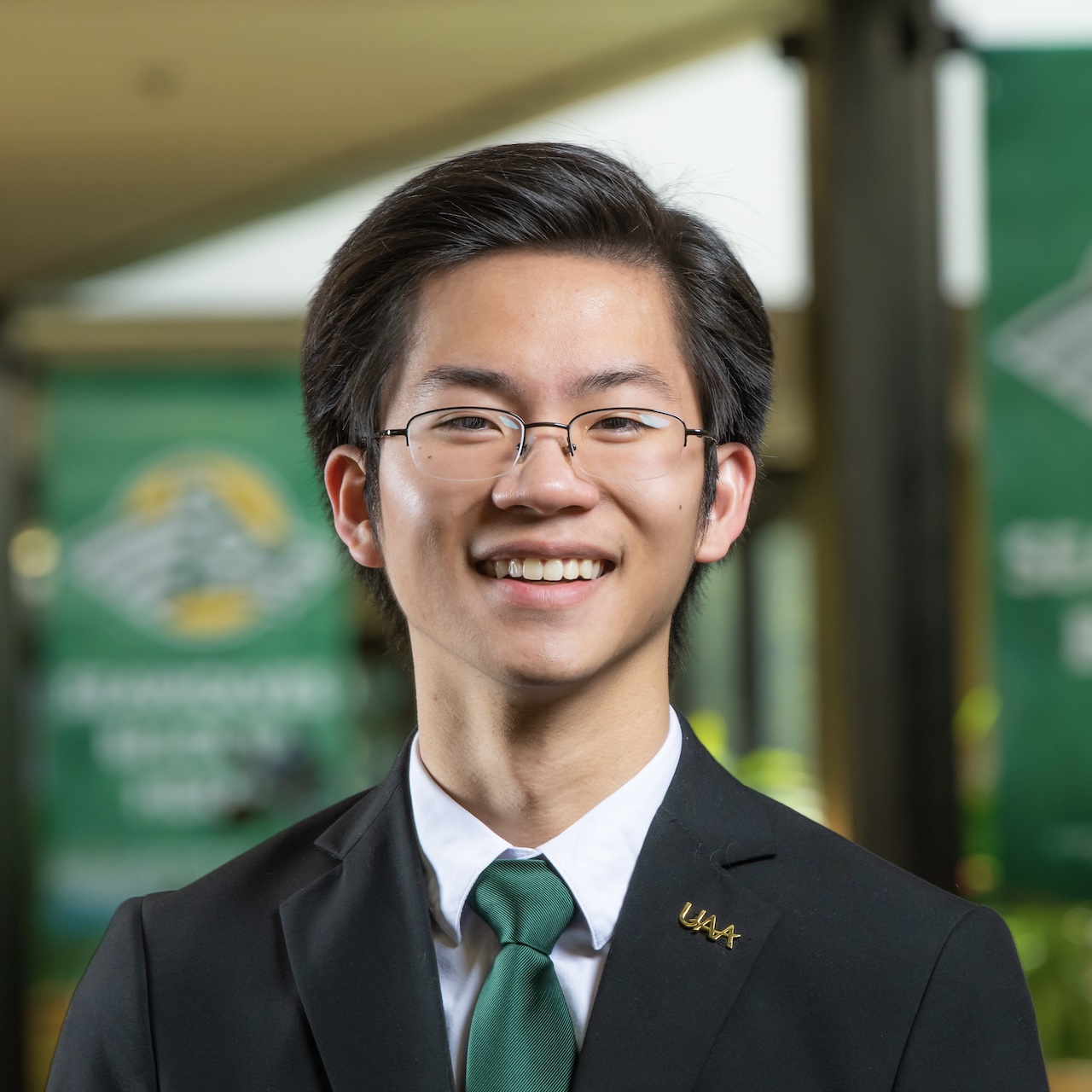 Shanone Tejada is a Junior majoring in Political Science and minoring in History and Legal Studies. This is his second year serving on USUAA and he has previously held the roles of Senator, Government Relations Officer, and Chair of the UA Coalition of Student Leaders. Additionally, Shanone competitively debates for the UAA Seawolf Debate Team.

Executive positions are assigned to sitting senators and delegates at the beginning of every spring and fall semester.

Speaker of the Assembly is responsible for calling, setting the agenda, and chairing all meetings of the assembly, as well as serving as the advisory voice of the assembly to the president and vice president.

Speaker of the Assembly Pro Tempore is responsible for performing the duties of the speaker of the assembly in his/her absence as well as serving as the chair of the Student and Academic Affairs Committee.

Government Relations Officer is responsible for coordinating advocacy efforts internally and externally, serving as the chair of the Legislative Affairs Committee, preparing reports for the assembly and for other governance bodies on actions taken, as well as coordinating dialogue with elected and non-elected officials on the university, municipal, and state levels.

Chief Financial Officer is responsible for serving as the chair of the Finance Committee, tracking the status of budget line items and funds remaining, as well as advising the assembly on all matters relating to the organization's finances.

Sergeant-At-Arms / Rules Chair is responsible for serving as the chair of the Rules Committee, politely enforcing the speaker's directives relating to the order at all assembly meetings, monitoring ethical behavior, and tracking attendance and service award requirements.

Chief Activities Officer is responsible for serving as the chair of the Activities Committee and overseeing the coordination and execution of events to encourage campus involvement and enhance student life at the university.

Vacant, Ombuds, is the chief protector and defender of students' right and acts as students' confidante. Serves as a source of information to students concerning policies, rules and regulations of USUAA and the University of Alaska Anchorage. (Appointed position.)