Master of Arts in English, University of Alaska Anchorage, 2010 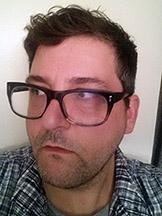 Donald graduated from the English MA program in May 2010. His thesis examined graduate students’ identities  and how “space” affects the parts that graduate students play in the role of composition. He is currently employed as an Assistant Professor in Professional Writing at St. Edward’s University in Austin, Texas. He also has recently completed his PhD in English at   University. Donald says working closely with other people and collaborating to accomplish larger goals was one of many great experiences in the MA program. The sense of community: knowing where people were at, what they were doing, and being able to bounce ideas off of one another was memorable.

There are a few courses that later contributed to the work he did in his PhD program. One of these courses was “Advanced Research Practices” which helps students prepare to write their thesis. It helped Donald realize that rhetoric and composition are valuable fields of study. “Composition Theory and Practice” helped prepare him to instruct on writing at the undergraduate level. Another course Donald felt was essential to his education was Laurie Mumphauer’s spatial rhetoric class and Kerry Morris’ “Oratory Community and Community Event” course.

Donald acknowledges Dr. Jennifer Stone for being “awesome” especially while he was working on his Master’s thesis. He felt there were numerous professors who he worked with closely that had a major impact on his education. He continues to acknowledge Dr. Stone as his dissertation advisor and says that she was very hands-on and helpful with breaking down big projects into smaller and manageable goals. He also acknowledges Kerry Morris, his teaching advisor, who helped him with his problems as a student and gave great advice. One part of the program that Donald fondly remembers is how the program wasn’t separated into tracks, like literature, rhetoric, or linguistics. He liked the flexibility of the program and felt that it could prepare students in many different ways.