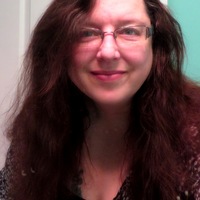 Dr. Emmerichs' published research focuses on landscape in Shakespeare's plays and examines how when Shakespeare's characters transgress the culturally known and accepted meanings of various landscapes, they suffer moral degradation. She explores the link between humankind and its environments in the context of early modern culture and belief. Her publications include "Shakespeare and the Landscape of Death: Crossing the Boundaries of Life and the Afterlife" (Shakespeare: Journal of the British Shakespeare Association, 2012) and "Playing God: The Landscape of Resurrection in Romeo and Juliet" (Cahiers Élisabéthains, 2013). Her current book project, however, looks at Shakespeare and the seven deadly sins and argues that Shakespeare uses the rhetoric of sin not to emphasize humankind's separation from God but rather as a method to unite people in conflict and forge lines of communion and recognition.

Dr. Emmerichs enjoys teaching undergraduate and graduate courses in Shakespeare, Renaissance literature, drama, poetry, and writing. She likes to challenge students and explore multiple modes of access into texts, including multimedia presentations, popular culture, technology, and the visual arts. She has also written and published two novels under a pseudonym and is in the process of finishing two more.