The Department of Political Science is proud to host two lectures series that are free and open to the public. The William H. Seward Lecture Series, founded by Professor Guy F. Burnett in 2013, focuses on political issues and policies. It is named after William H. Seward, the Secretary of State under U.S. Presidents Abraham Lincoln and Andrew Johnson and the man who coordinated the purchase of the territory of Alaska. The Chartwell Lecture Series named after Winston S. Churchill's house near Westerham, in the English county of Kent, focuses on a wide variety of subjects in the liberal arts. The Chartwell Lecture Series is the successor to the Polaris Lecture Series, founded by Professors Stephen W. Haycox and James W. Muller in the mid-1980s to commemorate the bicentenary of the American Constitution and later broadening its focus to include the full range of subjects in the humanities.

If you would like to keep updated about upcoming lectures, please email us to be put on a listserve. Emails and information on the listserve are private and not for use except for notification of lectures and events sponsored by the UAA Department of Political Science.

Some dates and events are subject to change. Most lectures are in the UAA/APU Consortium Library, Lewis E. Haines Meeting Room, Room 307 at 7:30pm on the date listed unless noted otherwise. 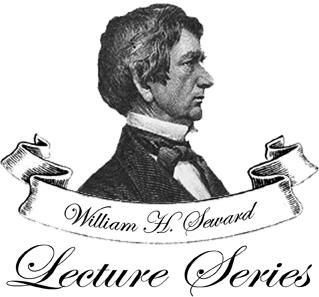