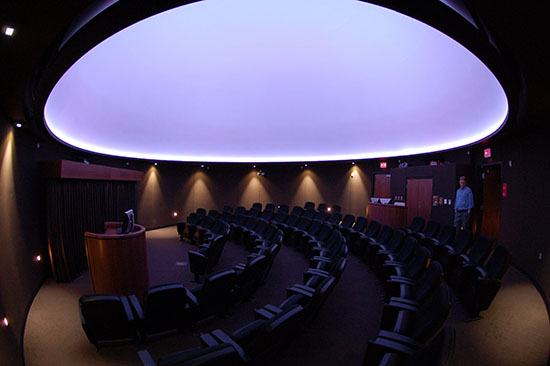 The UAA Planetarium and Visualization Theater offers an immersive full-dome experience with an all-digital definiti projector system made by Sky-Skan, Inc. Two Sony SXRD projectors illuminate the dome with over 12 million pixels, creating a razor-sharp image.  The dome is 10-meters (33 feet) in diameter and the theater has 62 seats (with tablet arms for notetaking) and three ADA spots.  The projector system can be operated in a "live" mode, enabling the operator to fly you through the Universe in real time.  We also offer full-dome movies on a variety of subjects.  (Please check our show listing to see which shows are currently being offered).  The planetarium also has a Dolby 5.1 surround sound system with a subwoofer, for a seat-shaking experience.

Dr. Erin Hicks, Associate Professor of Astronomy, has been Director of the UAA Planetarium and Visualization Theater since Fall 2013.  In addition to an enthusiasm for sharing astronomy with her students and the general public, Dr. Hicks is a dedicated supporter of encouraging an increase in the diversity of students pursuing careers in the sciences.  Dr. Hicks' research focuses on the role of supermassive black holes in galaxy evolution and makes use of data obtained on world class telescopes such as the Hubble Space Telescope, Keck Observatory, ESO’s Very Large Telescopes, and the Atacama Large Millimeter Array.  Dr. Hicks leads UAA's Galaxy Evolution Group in which undergraduate students engage in scientifically meaningful research that contributes to our understanding of the growth of supermassive black holes and their influence on the evolution of the galaxies in which they reside. 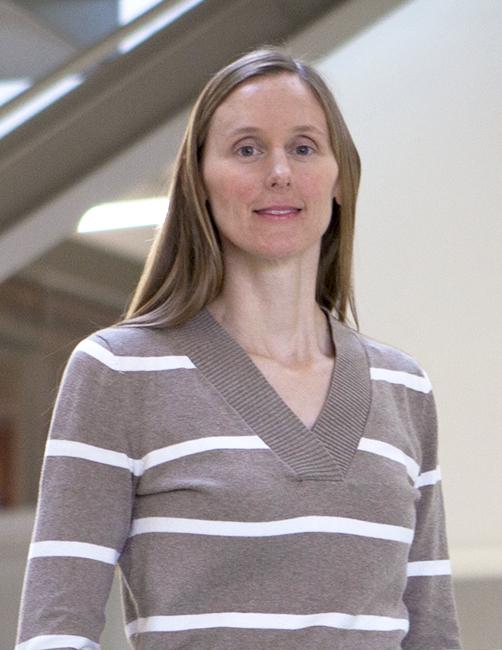 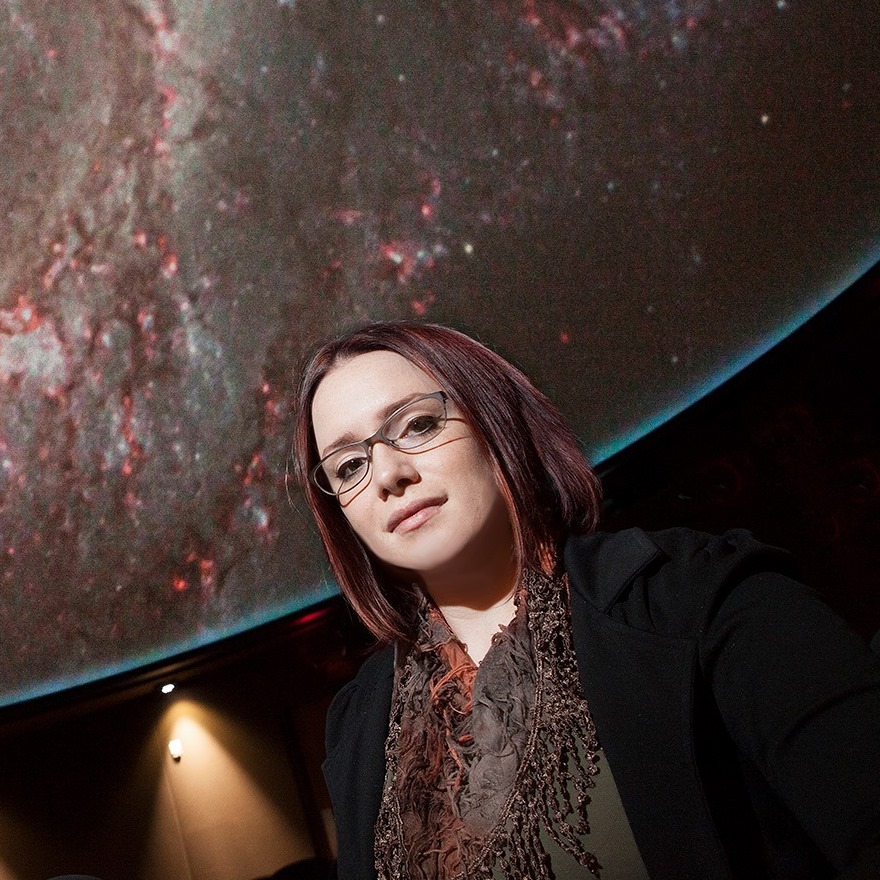 Omega Smith has been manager of the UAA Planetarium & Visualization Theater since early 2014. Born and raised in Anchorage, Smith came back to her home town after completing her degrees at the University of Hawaii at Hilo. During her time on the island, she was involved in research at the Gemini Observatory and the Institute for Astronomy. In her spare time, she spent many hours atop Mauna Kea giving tours of the great telescopes, leading star tours, and teaching astrophotography. Back in Anchorage, Smith has dedicated her time at the UAA Planetarium to increasing awareness of Astronomy, Physics, and other sciences while also using the immersive facility for more creative endeavors.
Planetarium & Visualization Theater