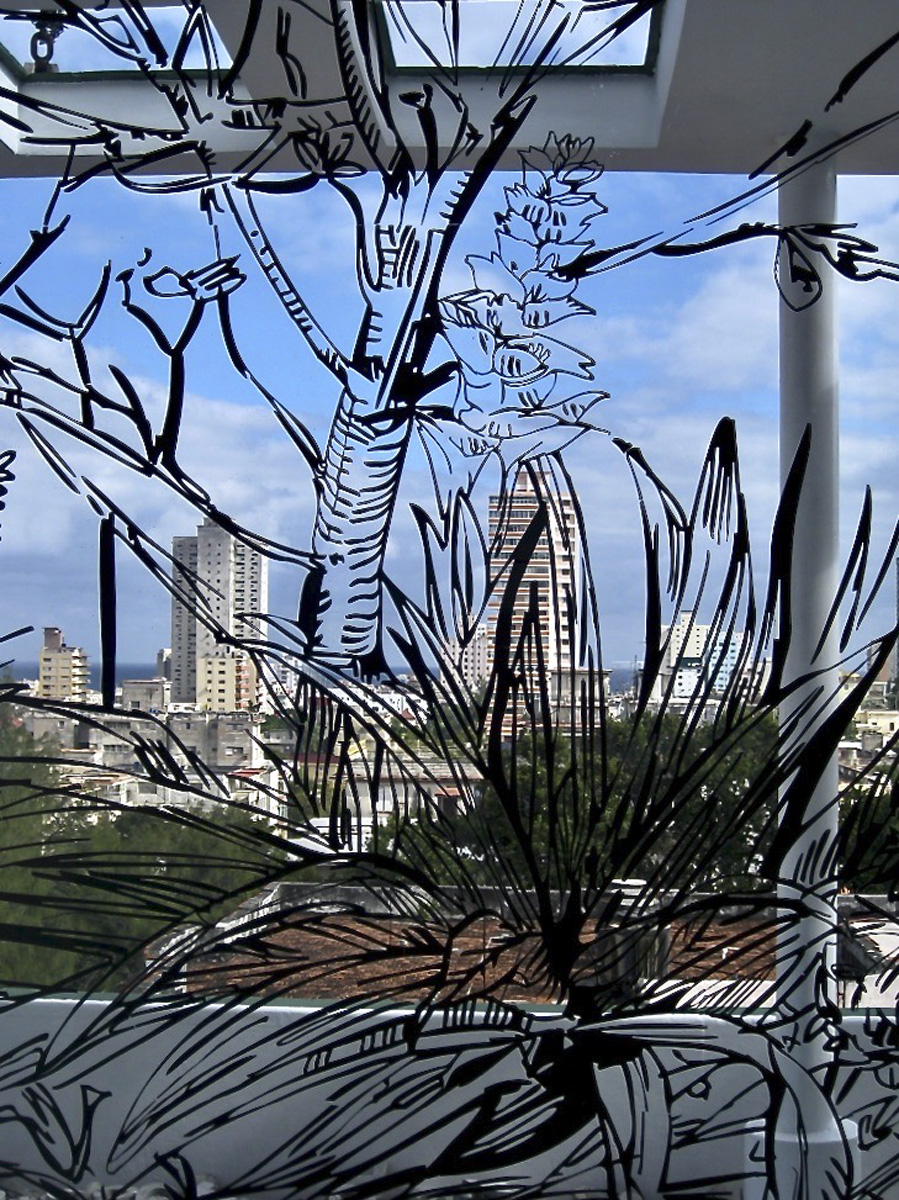 More on the exhibition at the Fundación Ludwigoptional hidden text

Fundación Ludwig de Cuba (The Ludwig Foundation of Cuba) is an autonomous, non-governmental and non profit institution in Cuba created to protect and promote contemporary Cuban artists and culture, develop research works and new technologies applied to the artistic world, and encourage dialogue with both Cuban and international cultural communities. Fundación Ludwig, located in Havana, acts as a cultural center to encourage the creation of bridges of understanding in Cuba and abroad.

Secrets Under the Skin premiered at Fundación Ludwig December 22, 2010. 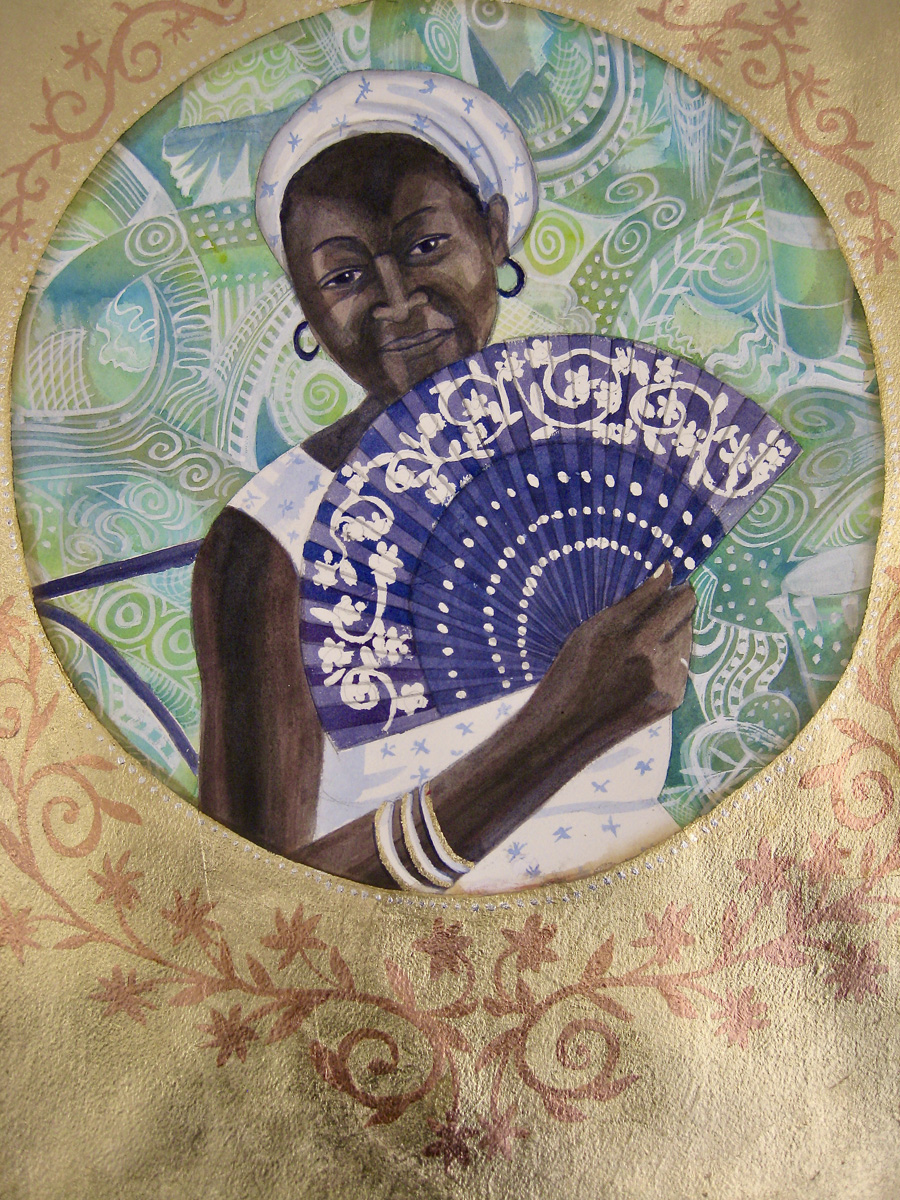 Secrets Under the Skin was presented at the museum December 25, 2010. 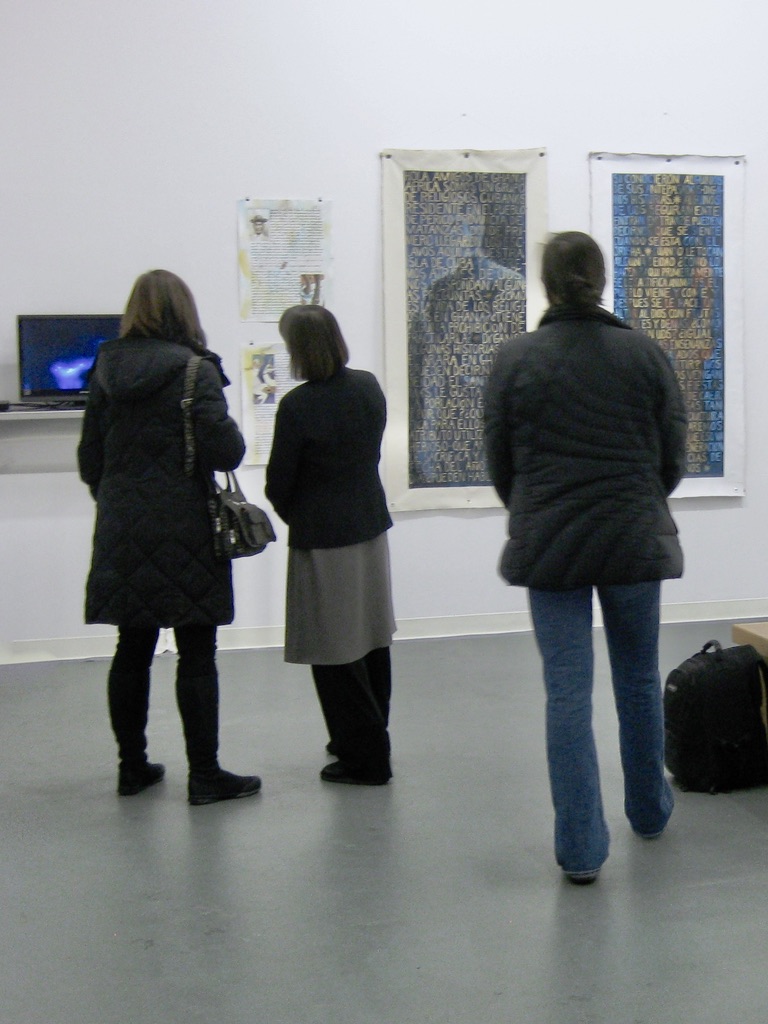 More on the exhibition at the UAA Kimura Galleryoptional hidden text

The Kimura Gallery's mission is to provide the University of Alaska Anchorage and the community-at-large with qualitative exhibits that are national and international in nature. Exposure to new ideas, interdisciplinary projects and works that challenge the gallery-goer's assumptions about art are essential to the gallery's role as a transmitter of contemporary cultural directions. The Kimura Gallery opened in 1987 and was originally known as the University Gallery and later renamed in honor of Sam and Joan Kimura who taught at the University of Alaska Anchorage.

Secrets Under the Skin was presented at the Kimura Gallery January 16-21, 2011. 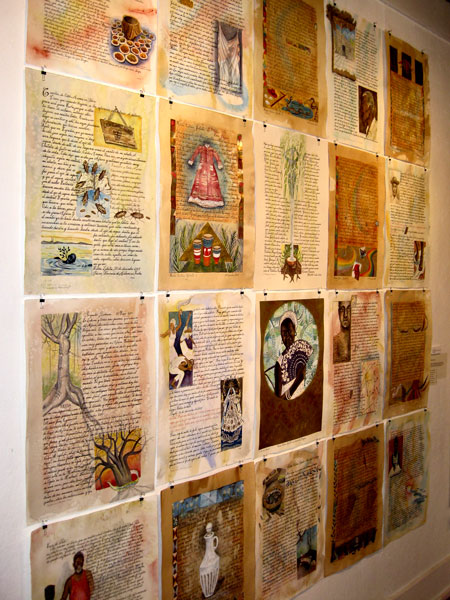 Bunnell Street Arts Center’s mission is to nurture and present innovative art in all media for diverse audiences.  Bunnell presents dynamic and uniquely challenging visual and performance art by noted Alaskan, national and international artists in residence. Presenting the best solo exhibits you can find in Alaska changing monthly, the arts center also offers weekly performances in music, theater, performance art, spoken word, and all that which resists categorization. Semi-monthly workshops in diverse media range in scope from Statewide symposia led by artists of the highest caliber to introductory workshops aimed to inspire creative confidence for adults in transition. Bunnell provides extensive outreach programs including Artist in Schools under contract with Alaska State Council on the Arts, and school tours and lecture/demos of visiting performing artists. These outreach activities connect locals to the cutting edge of creative international culture, and strengthen a sense of international kinship between locals and visiting artists. Bunnell is a community partner with Out North, Alaska Design Forum, Cyrano’s, Cook Inlet House Authority, and Alaska's schools. Bunnell programs are funded in part by grants from the Alaska State Council on the Arts, Atwood Foundation, Rasmuson Foundation, The CIRI Foundation, WESTAF, and National Performance Network.

Secrets Under the Skin opened at the Bunnell Street Arts Center in Homer, Alaska April 29-May 4, 2011. 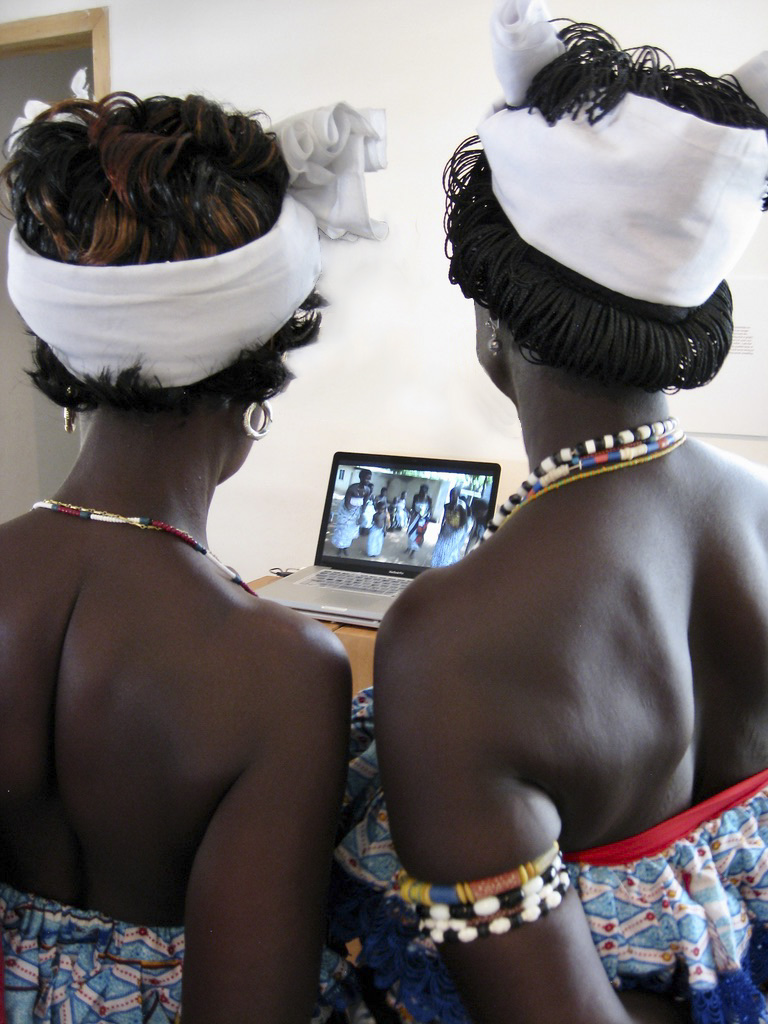 More on the exhibition at the Nubuke Foundationoptional hidden text

Nubuke Foundation is a visual art and cultural institution based in East Legon, Accra, Ghana. Founded in 2006, it serves as a nexus for arts and culture across the country while supporting the artistic practice of Ghanaians: young, mid-career and experienced. We work to make the appreciation of art, culture, heritage and history accessible to all. The artistic programming includes exhibitions, readings, talks, film screenings, performances, seminars and workshops for the culturally curious. Nubuke Foundation was awarded the Tourist Attraction of the Year 2016, by the Ghana Tourist Authority (Greater Accra Region).

Secrets Under the Skin was presented at the Nubuke Foundation July 6-7, 2013. 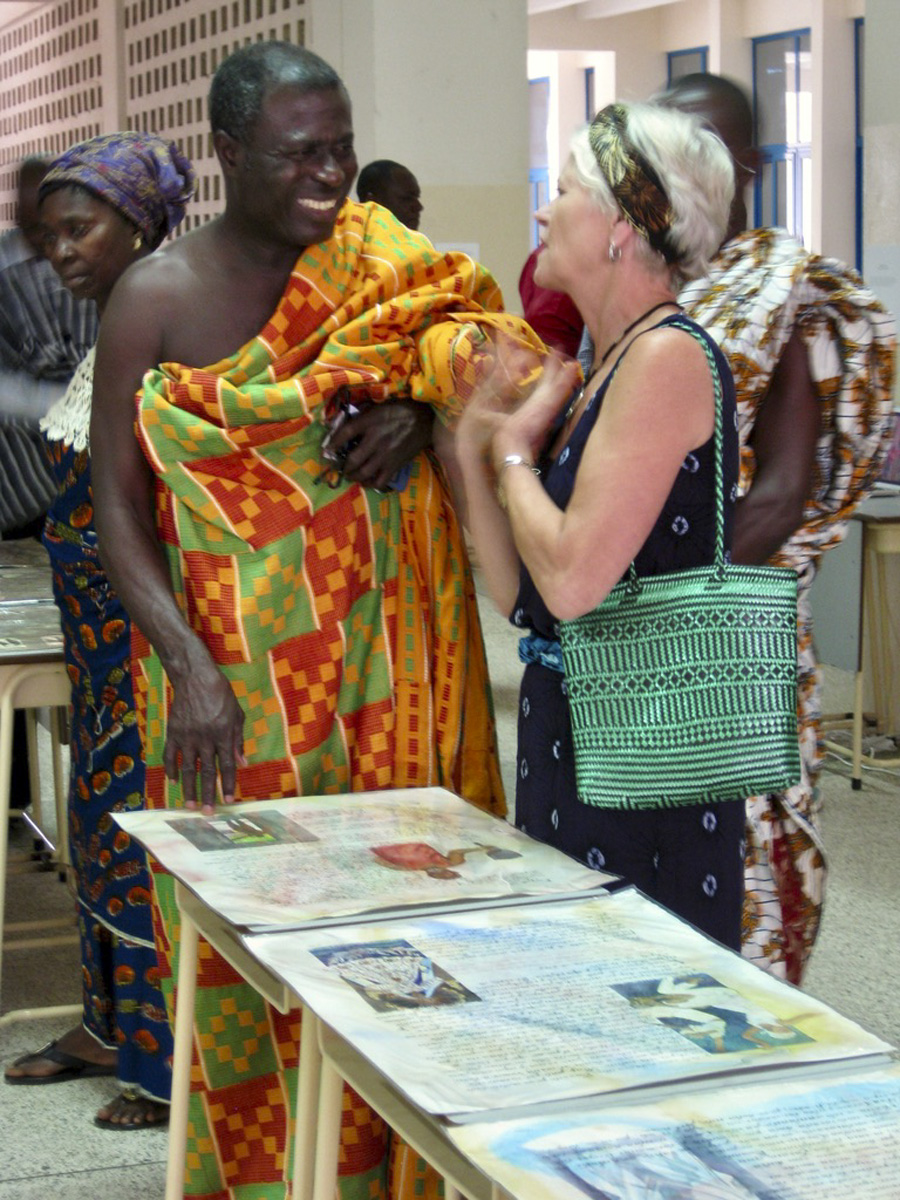 The Faculty of Arts is one of the Faculties in the University of Cape Coast. The focus of the Faculty is to promote teaching, research and extension of various aspects of Liberal Arts. Secrets Under the Skin was hosted by Professor Kwadwo Opoku-Ageymang Senior Lecturer of English, a department located in the Faculty of Arts. The installation was presented in the Faculty of Education Complex, North Campus. In attendance at the function were the Pro-Vice-Chancellor, Professor John Nelson Buah, the Registrar, Mr. John Kofi Nyan, the Paramount Chief of Oguaa Traditional Area, Osabarima Kwesi Atta II, a section of the University Community, second cycle schools and the general public.

Secrets Under the Skin was presented at the University of Cape Coast July 20-21, 2013. 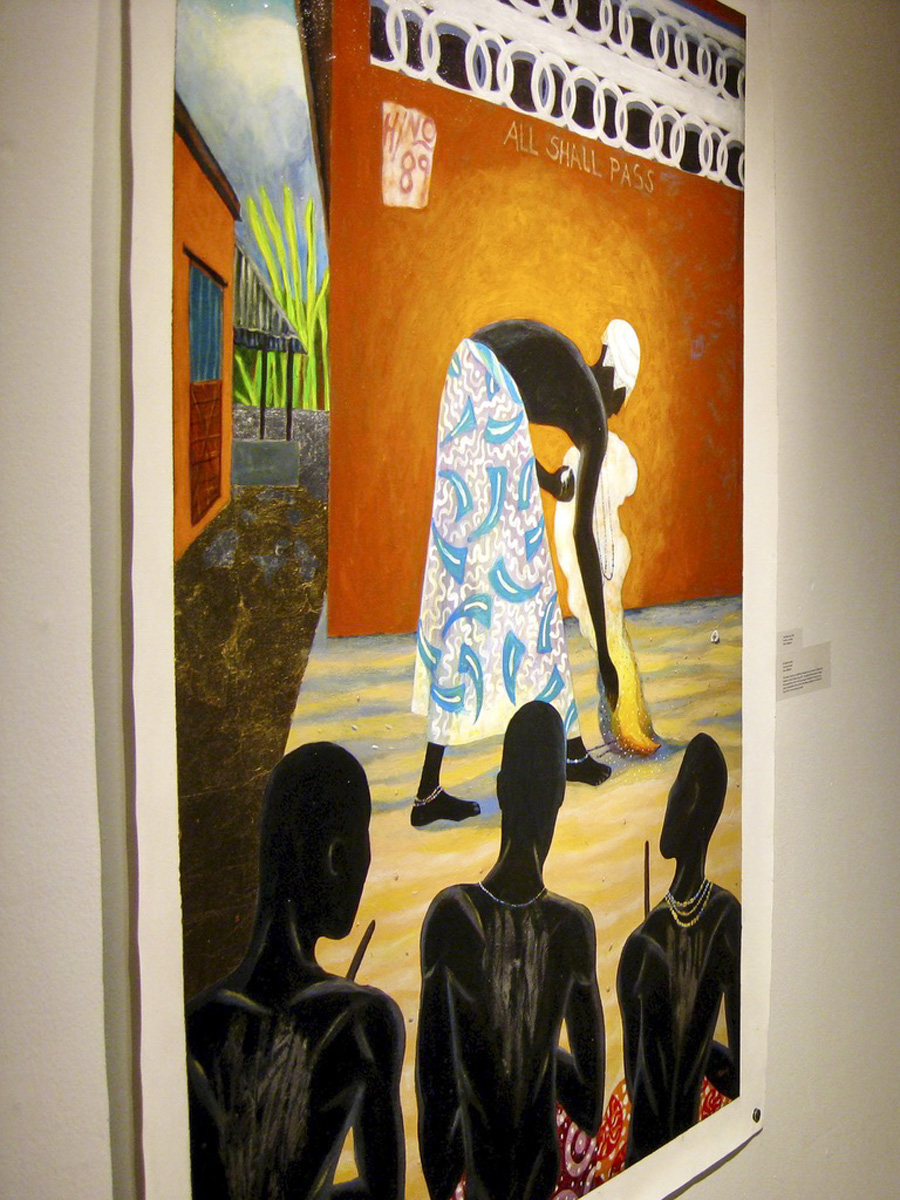 More on the exhibition at the Mission Cultural Centeroptional hidden text

The Mission Cultural Center for Latino Arts (MCCLA) in San Francisco, CA was established in 1977 by artists and community activists with a shared vision to promote, preserve and develop the Latino cultural arts that reflect the living tradition and experiences of the Chicano, Central and South American, and Caribbean people. MCCLA makes the arts accessible as an essential element to the community's development and well-being.

All images photographed by Brian Jeffery