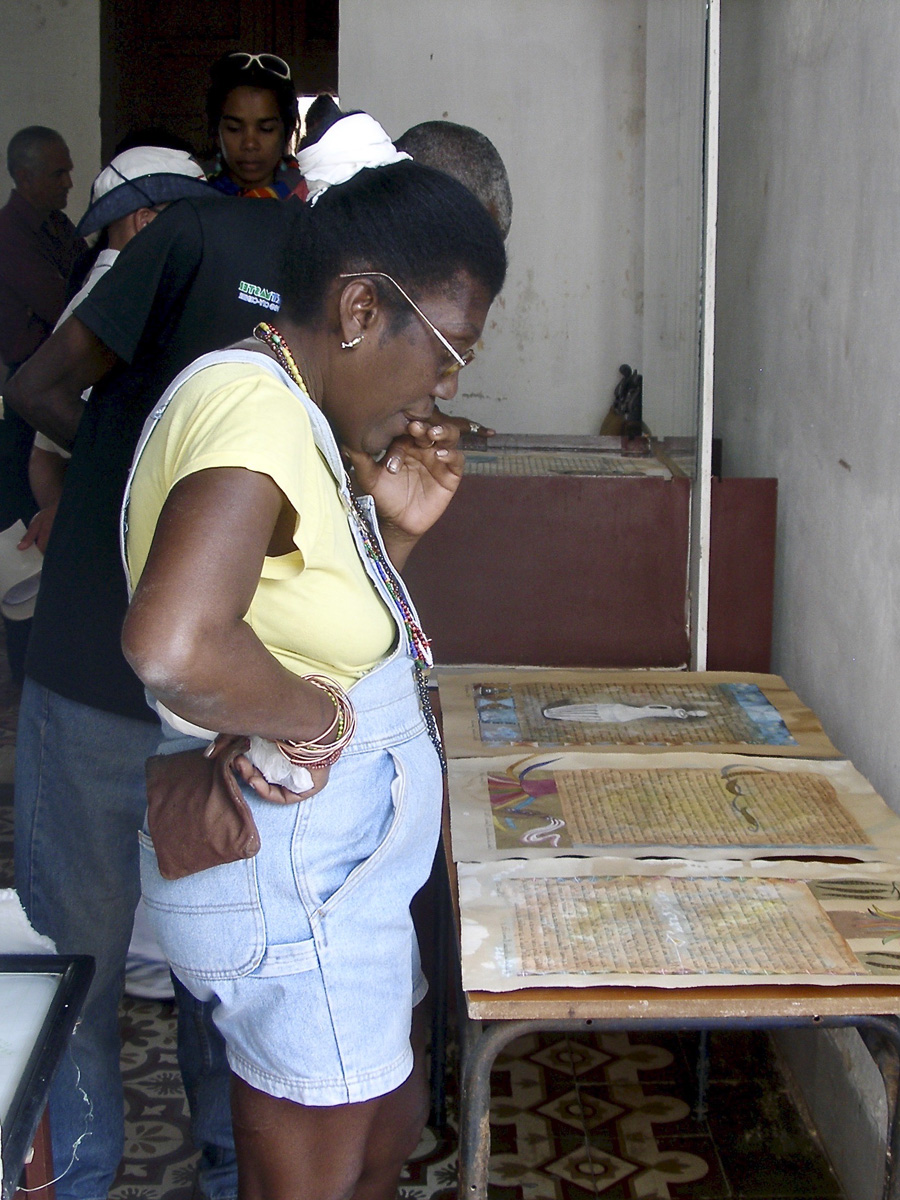 For me, our exhibit at el Museo Municipal de Perico Constantino Barredo Guerra was the culmination of Secrets Under the Skin. We invited all of the people we had interviewed, as well as other friends and passers-by. I was a little nervous when I saw Reinaldo Robinson looking at the portrait I had painted of him reading his own words set in calligraphy, and when I saw Adela reading her account of spirit possession with Oyá. But they were appreciative and happy with the outcome. Even the curator at the museum said she hadn't known about Arará in Perico. Robinson, who was in his eighties, said he saw people at the opening who never get together in one place. 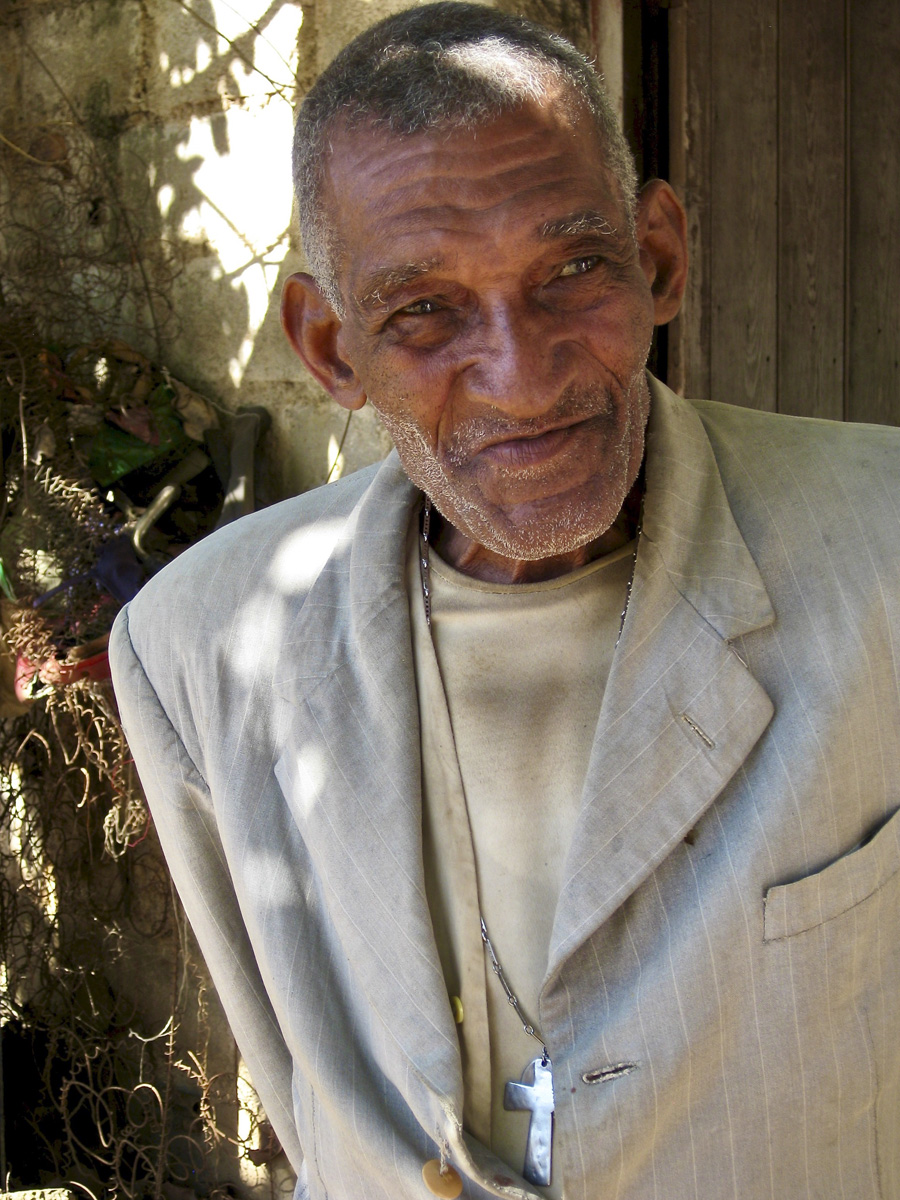 Reinaldo Robinson, image by B. Jeffery

I was asked to say a few words at the opening, and I thought I should address the question, "Why did we do this?" I explained, "We did it because we are artists, and artists need subject matter.  We felt it was important and beautiful, and should be preserved, and it was exciting to us because we don't have this kind of tradition." 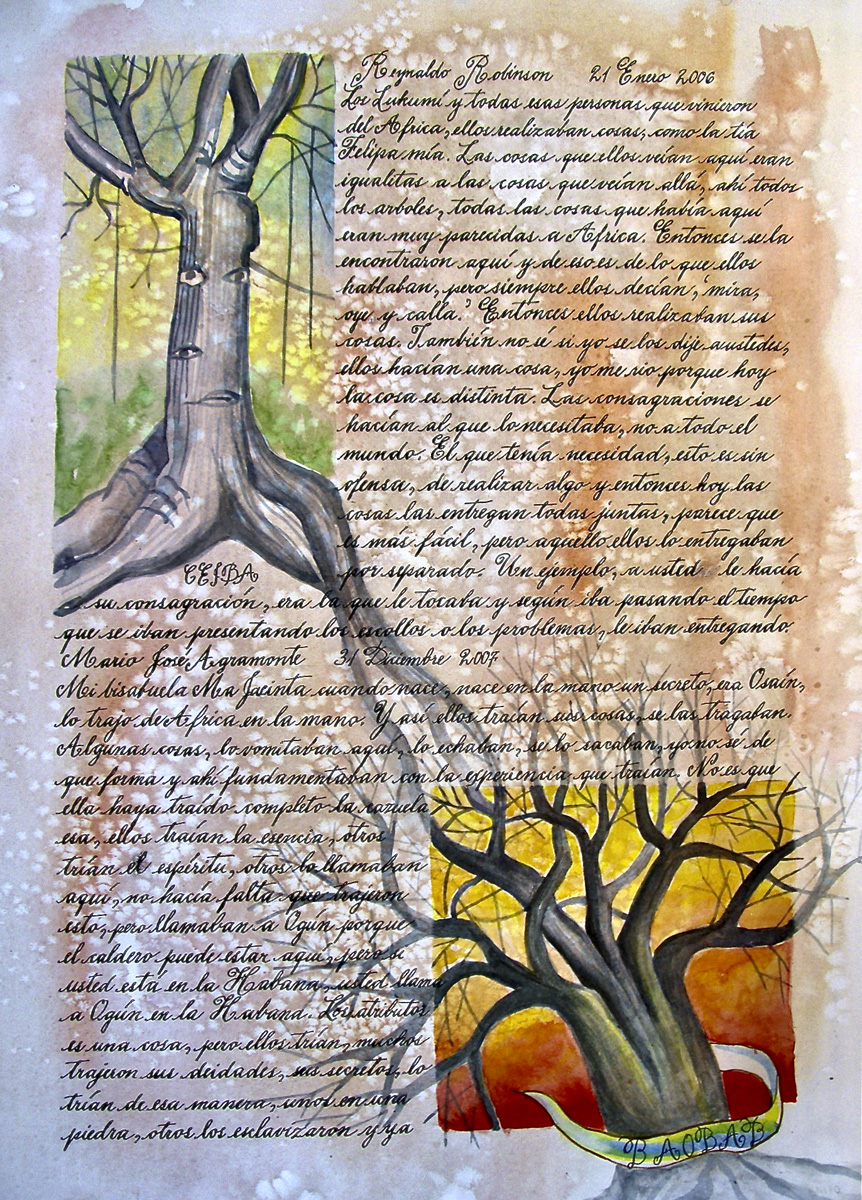 The Ceiba and Baobab Tree 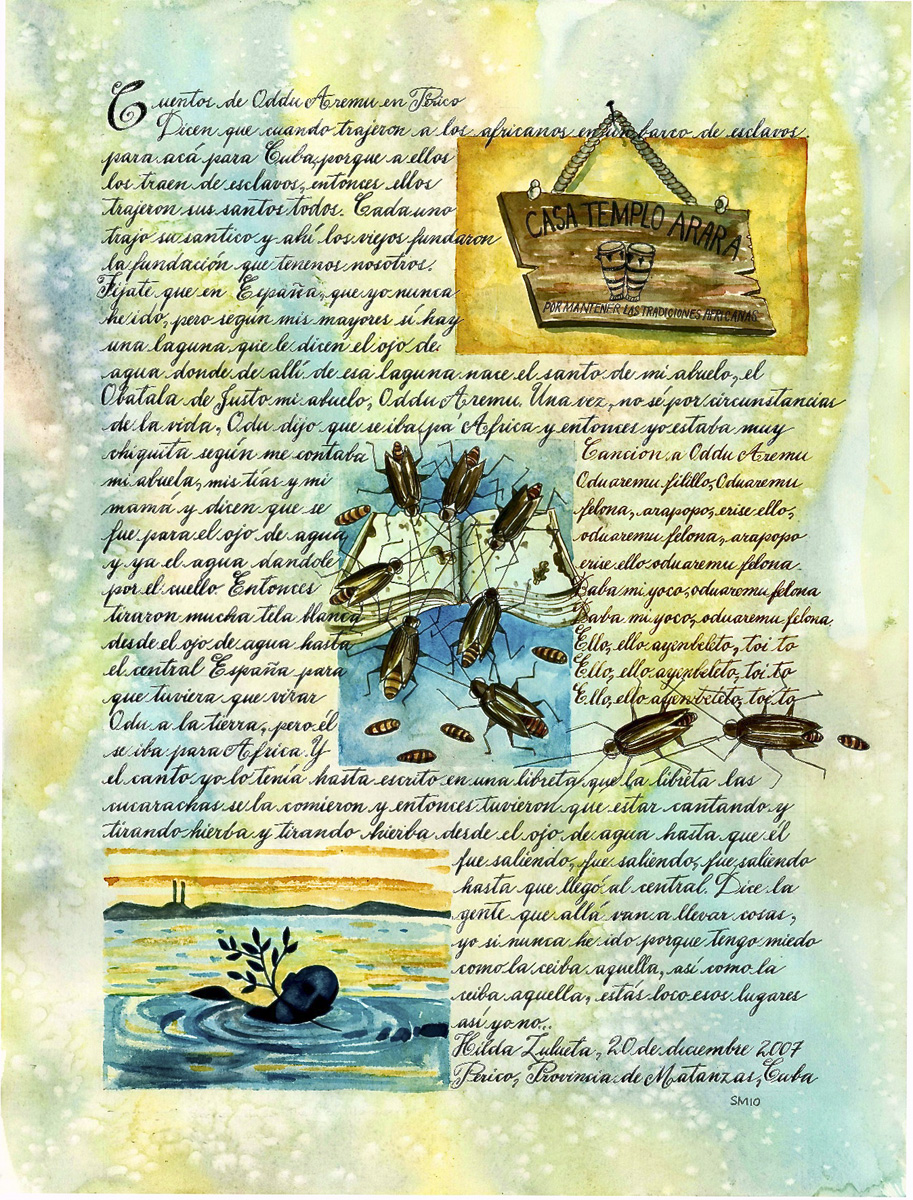 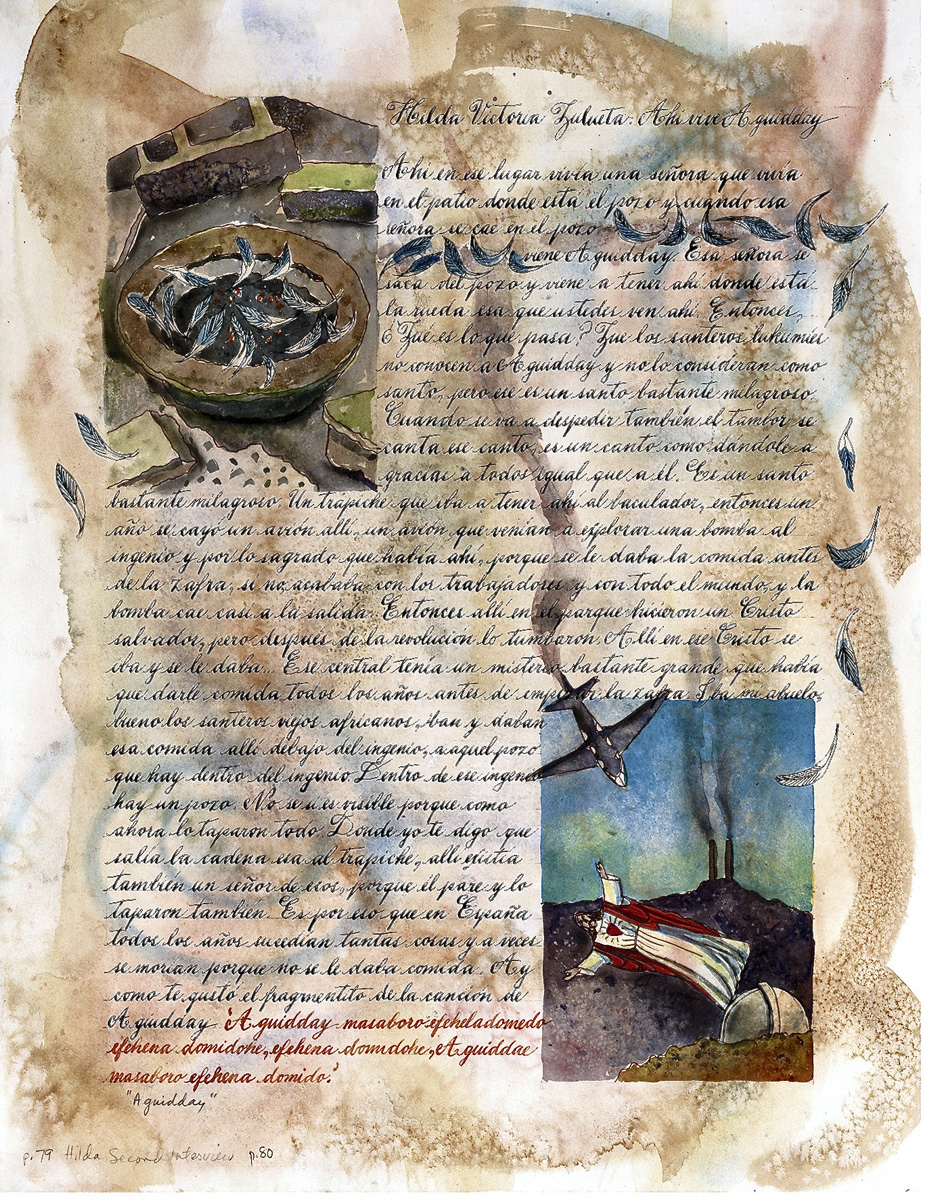 Their positive reaction meant everything to me. They had wanted their history to be commemorated and acknowledged by the outside world, and that is how they saw our work in the end. I am sure that at times when people wondered what we were up to. And I asked myself over and over, "Why me?" I thought maybe someone else could do a better job. But the answer came back: If we hadn't done it, it would not have been done.  Some of the most important elders are already gone. 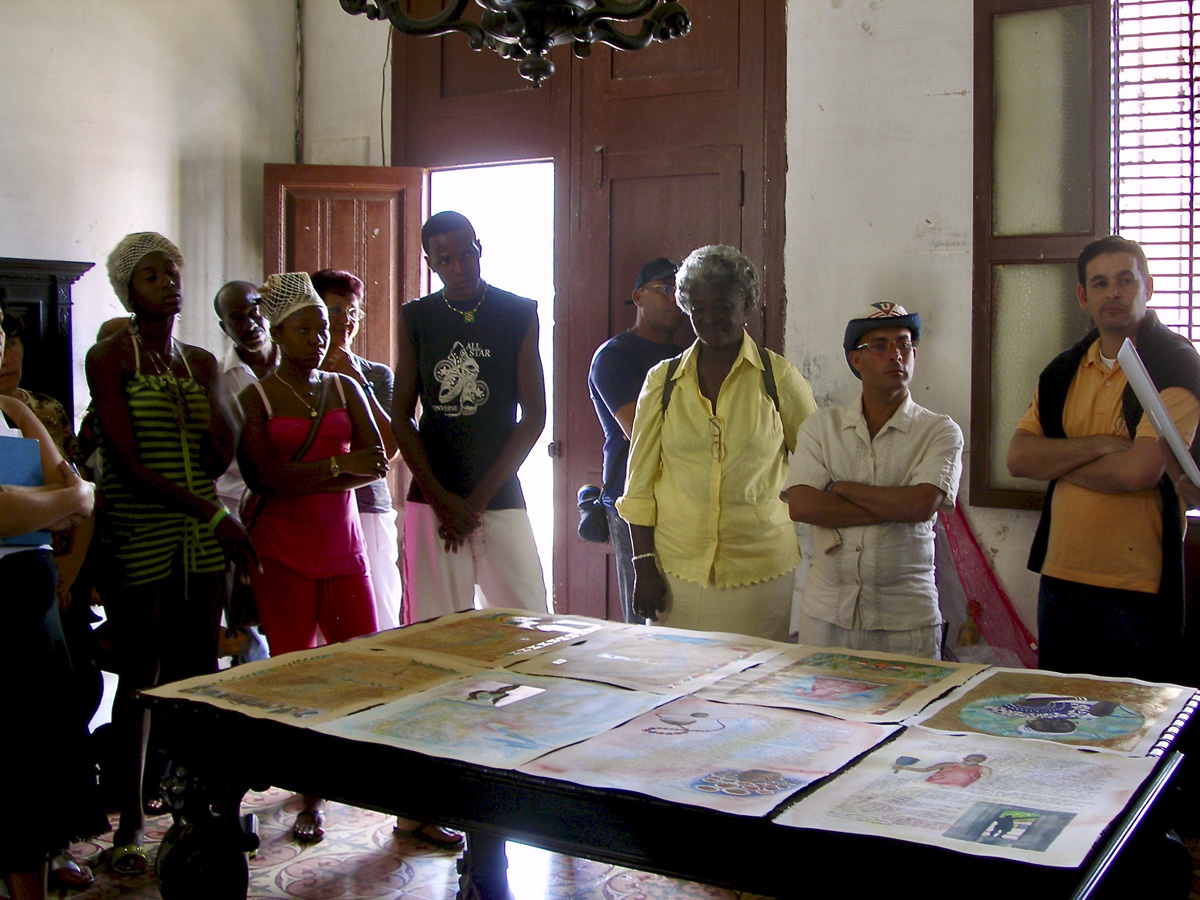 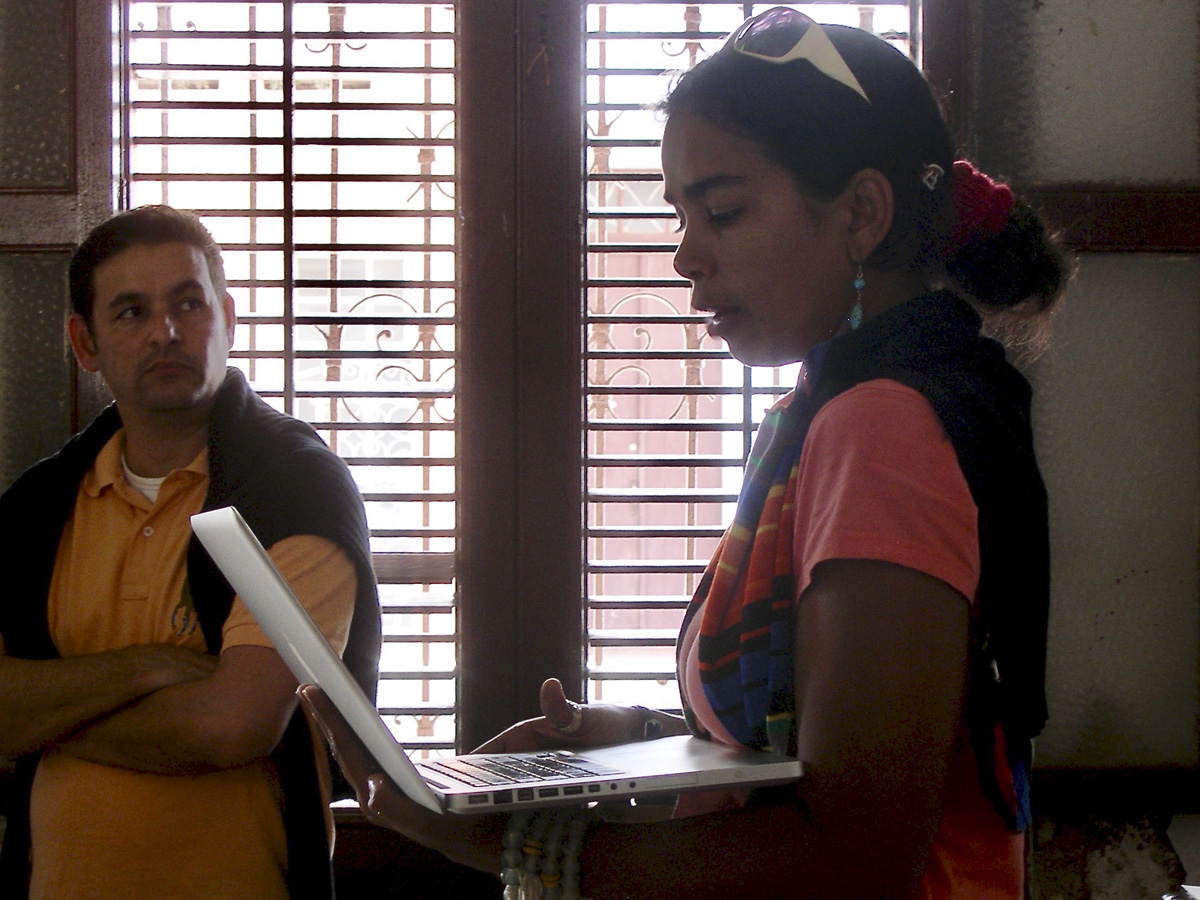 Unless otherwise noted, all images on this page by Susan Matthews.

During the opening of the exhibit in Perico, Cuba, Museum Director Rosario Piño Domínguez spoke about the importance of the project to her community.
Secrets Under The Skin
small
PHONE
lsmall
Large PHONE
medium
TABLET
large
DESKTOP
xlarge
HD
xxlarge
2k
xxxlarge
4k