The Katie John case has come to represent the subsistence rights for Atnha and all Alaska Natives. The complex and often conflicting relationship of Federal, State and the often unrecognized Tribal interests and law are clearly exhibited in the complexities of the legal cases that collectively have been come to be known as the Katie John Case.  The State of Alaska has repeatedly worked against the interest of subsistence practices by Alaska Natives and has failed to truly recognize the vitality of subsistence to the Alaska Native cultures.

It is difficult to discuss the Katie John case without discussing the history of subsistence in Alaska. For time immemorial the lands of Alaska were inhabited by highly advanced, highly evolved societies and cultures that perfected a way of living within the natural world as a part of it without negatively impacting it by living intentionally in a way that ensured balance was maintained with the natural and spiritual even in the harshest environments. For millennia subsistence was practiced as a way of life. Intergenerational knowledge was passed down through oral traditions which laid the foundations for rules and ways of doing things that dictated how people interacted with animals and their environment which provided food. The people of Alaska managed their behavior which ensured a sustainable way of life through subsistence.

Statehood, brought changes as the State of Alaska government was formed. These changes challenged the subsistence rights of Alaska Native peoples.  The newly formed regulations did not necessarily recognize how the changing seasons guided where and when subsistence activities should be practiced. This continues to be an issue today as climate change shifts seasons, the states regulations do not always allow for optimal harvest of subsistence food. The state’s regulations were based upon a view of managing land, fish and game rather than people managing behavior.

The recognition of tribes in Alaska as entities with government to government relationships with the state has been at the whim of the Governor. Tribal recognition has changed from Governor to Governor while the federal government has recognized Tribes since, 1994 “Congress specifically confirmed the validity of the Department of Interior list through passage of the Federally Recognized Indian Tribe List Act of 1994.  The Act defines the term ‘Indian tribe’ as meaning any Indian or Alaska Native tribe that the Secretary of the Interior acknowledges to exist as an Indian tribe. The list is to be published by the Department of Interior annually and the Department cannot take a tribe off the list without an act of Congress. The only ways for a tribe not on the list to become federally recognized are through an act of Congress, a decision by a federal court, or by successfully going through the lengthy and expensive acknowledgement process established by Department of Interior regulation (25 CFR Part 83).”   (Illingsworth & Jaeger, 2015)

The Alaska Native Claims Settlement Act, promised Alaska hunting and fishing rights would be protected, land given to Tribal cooperation’s became regulated by the state.  Alaska National Interest Lands Conservation Act promised to manage land to promote the rights of rural Alaskan.  Game management boards often lead by urban Alaskans and do not always protect the interests of rural Alaskans. “Subsistence hunting and fishing have defined our traditional culture from time immemorial. Its preservation unites our people like nothing else. It is safe to say that securing legal protections for our subsistence way of life is directly linked to the very survival of Alaska Natives.” (Julie Kitka, President, Alaska Federation of Natives). 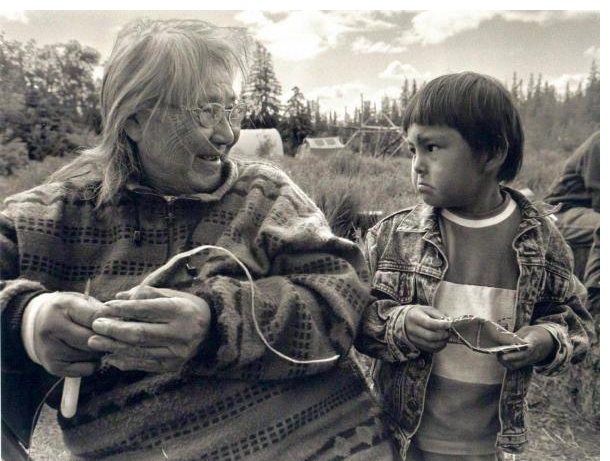 Katie John’s family like most Alaska Natives saw many changes during American occupation and statehood. In 1964 her family’s ancestral home was closed to subsistence fishing by the state while nearby commercial operation were permitted. Twenty years later Katie John requested to return. “In 1984, Katie John and another Ahtna elder, Doris Charles, submitted a proposal requesting that the Alaska State Board of Fisheries open Batzulnetas to subsistence fishing.  Their request was denied, despite the fact that downstream users were permitted to take hundreds of thousands of salmon for sport and commercial uses.  The Native American Rights Funds filed suit in 1985 under Title VIII of ANILCA, to compel the State to re-open the historic Batzulnetas fishery.  Although the State subsequently adopted regulations providing for a limited fishery, in 1990, the federal district court set aside this regulation as too restrictive.  Before the State Board could react, the Alaska Supreme Court’s McDowell v. State decision struck down the state’s “rural” priority as unconstitutional under the state constitution.  As a result of the McDowell case, fish and game management in Alaska was divided into two distinct legal regimes – one governed by state law and the other by federal law.”  (Kendall-Miller, 2014)

The definition of public land came into question as it pertained to navigable waterways, “That doctrine holds that whenever the federal government withdraws lands from the public domain for a federal purpose, it implicitly reserves water necessary to accomplish the purposes of the reservation.  The government’s reserved water interest has been held to be a property interest which can be reduced to title.  The court concluded that because it was clear that Congress intended to protect subsistence fishing when withdrawing public lands in Alaska, ANILCA’s subsistence priority applies only to those navigable waters in which the United States owns so called “reserved water rights,” or about 50% of Alaska’s inland waters.” (Kendall-Miller, 2014)  Whether the State or Federal government were legally able to manage the land that Katie John was requesting to fish on became the basis for back and forth legal battles with the State and with the State against the Federal government. As Katie John’s Case, all parties were aware, would set the precedent for future case pertaining to subsistence rights in Alaska, the State dug in and fought against the Federal government against the implementation of ANILCA by arguing the definition of navigable water ways.

A key piece of the Katie Johns Case is the State’s failure to understand or recognize not only the cultural necessity of subsistence hunting and fishing but, also the unique challenges faced by rural Alaskans. The state constitution has been given as a reason by the state for not allowing rural priority. Article 8.3.of the Alaska State Constitution states: Common Use: Wherever occurring in their natural state, fish, wildlife, and waters are reserved to the people for common use. Whether intentional or just lacking for sight of the challenges rural Alaska would come to face this Article of the State constitution became a road block in securing subsistence rights for Alaska Natives.  “A subsistence use priority was given to rural Alaskans in Title VIII of ANILCA rather than to Alaska Natives because the State of Alaska objected to a Native preference. The State argued that a Native preference would conflict with the State’s Constitution which declares that Alaska’s natural resources belong equally to all citizens. In order to get the State of Alaska to comply with the rural subsistence priority in Title VIII, the State was offered the option to manage subsistence hunting and fishing on federal lands in addition to State and private lands if the State Legislature enacted a law of general application containing the same rural priority. The State of Alaska adopted a regulation in 1982, then a statute in 1986 giving a rural subsistence priority on State and private lands which allowed the State to manage subsistence uses on all lands in Alaska.” (Illingworth & Jaeger, 2015)

The legal battle that began in 1984 came to a conclusion in 2014 after multiple cases and appeals and stalling tactics by the state of Alaska “On March 31st the Supreme Court of the United States decided to reject the State of Alaska’s petition in the legal case State of Alaska v Sally Jewell, Secretary of the United States Department of Interior et al, widely known as one of the Katie John Cases. AFN President Julie Kitka said, “This should end 19 years of litigation.  We are hopeful that this opens a new and better chapter in our relationship with the State of Alaska.  The people of Alaska overwhelmingly support subsistence and we are hopeful that we can all move forward.” (AFN Press Release, 2013)

Since Katie John’s challenge of State Law, protests have been met by the state with a heavy hand by the state of Alaska. Kuskokwim fishermen followed the advice of elders and fished despite a fishing closure during a critical fishing time for subsistence survival. Not only were the fishermen’s cited and their fish seized but, the fish and game officers cut up and destroyed their nets. While the circumstances were different the states reaction and failure to care to understand rural Alaska continues. The destruction of fishermen’s nets by Fish and Game shows the state of Alaska’s continual failure to promote or understand subsistence and the challenges faced by rural Alaska. While the practice of destroying equipment for fishing violations may be an inconvenience for commercial, sport or even subsistence fishing vessels in urban parts of the state those individuals while they may have lost some income or food have a safety net of many resources such food banks. Rural Alaskans have few safety nets other than their neighbors and families. Destroying expensive nets after seizing fish of rural subsistence fishermen would be the equivalent of going into a grocery store, dumping out and individuals shopping cart and then ripping their wallet and its content.

While the state of Alaska was formed under the premises of keeping Alaskan resources such as including fish for Alaskans, its own policies have worked to prevent Alaska Natives from making use of them. “Kitka said, “The State has already had two bites at the same apple and wanted a third.”  She pointed out that the State asserted that Alaskans sought statehood because of concerns over a federal management scheme that was diverting much of the benefit of Alaska’s fisheries to non-Alaskan interests.  The State left out the second part of the story in which the new state then took numerous actions to deprive Alaska Natives of their time-honored rights to utilize those fisheries for subsistence purposes.” (AFN, 2014)

Tribal, State, Federal co- management through government to government acknowledgement and interactions will be necessary for the success of future subsistence regulation and legislation. As new generations of leadership in Alaska work together, the critical role that subsistence plays in the perpetuation of Alaska Native cultures and the survival of rural Alaskans must be heard and understood as an inherent right by the State of Alaska.

Federal Recognition of Alaska Tribes and Relations with the State of Alaska. (n.d.). Retrieved July 25, 2015.

"Not just reading about but, being able to meet, interact with and learn from professors and guest speakers who are Alaska Native history makers as well as participating in so many hands on lessons was an amazing learning experience." 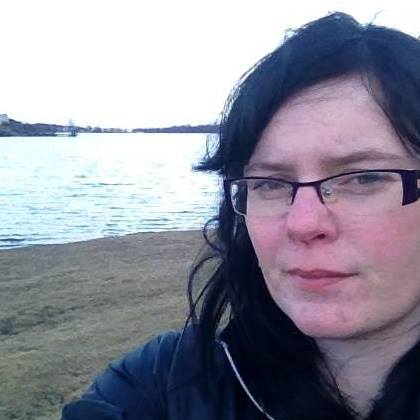 Amy Lalor is a senior at UAA working towards a Major in Human Services with an emphasis in Diversity Issues and a Minor in Alaska Native Studies with an Emphasis in Policy. Amy came to Alaska to work for a summer ten years ago. Alaska has been home ever since, she has lived in several different regions of the state rural and urban.  Amy feels it is important for anyone going into a career in Human Services, Social Work, Education, Healthcare, Law Enforcement or any career that involves serving the people of Alaska to be educated about Alaska Native cultures, Alaska’s history and challenges that continue today.  The Alaska Native Studies classes have provided Amy with a wealth of knowledge and skills that she can apply to her career and life.