My relationship to Secrets Under the Skin evolved through a shared thirty year history of ongoing artistic creations and performance collaborations with Jill Flanders Crosby. Initially our mutual desire to utilize the arts as a vehicle to build bridges between diverse communities became realized through extensive arts outreach activities and large performance productions specifically created to involve local participants throughout Alaska. It seemed a natural evolution to our previous professional collaborations when in 1999 I first began accompanying Flanders Crosby on numerous research trips to Cuba, Ghana and Togo, West Africa. It had been Flanders Crosby’s consistent and persistent commitment to stay involved with these communities, returning time and again, engaging with families, elders, chiefs, priests and priestesses. 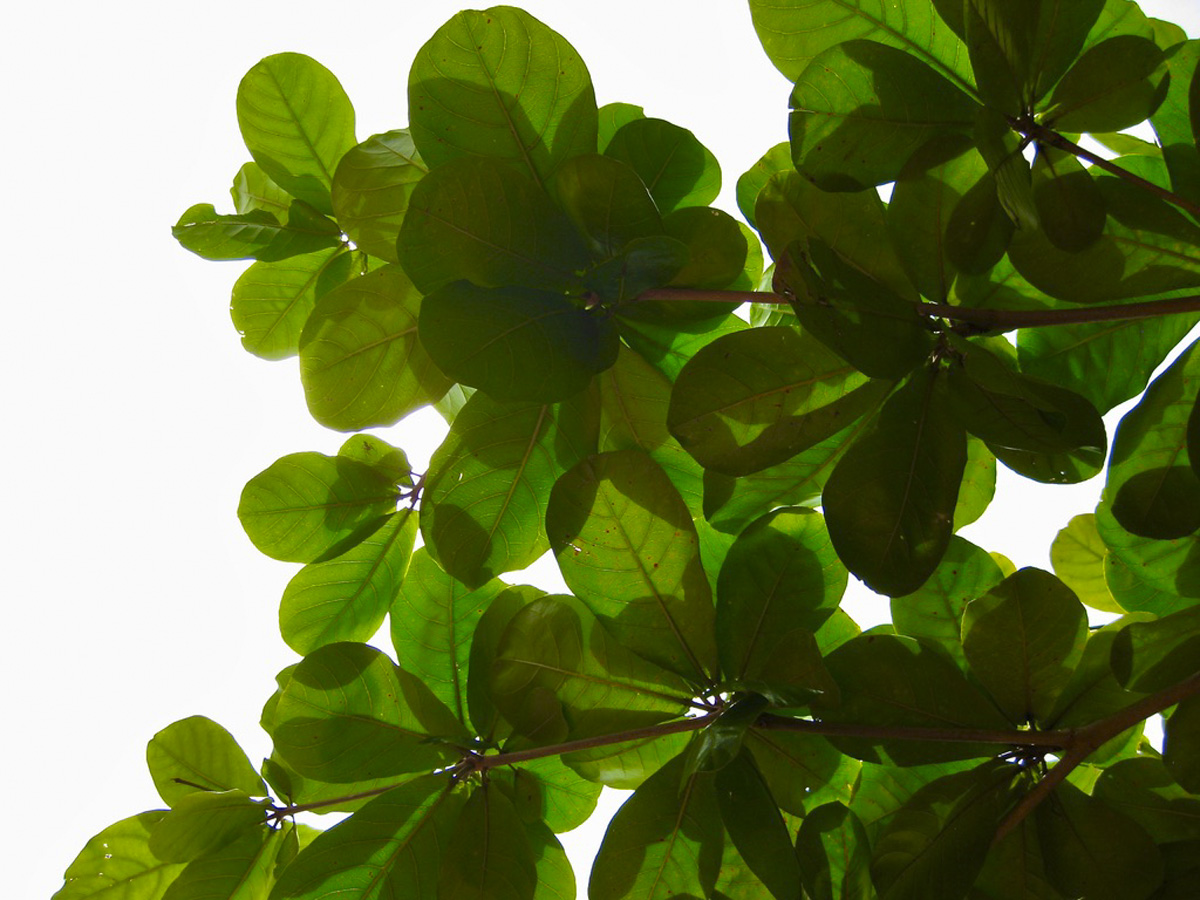 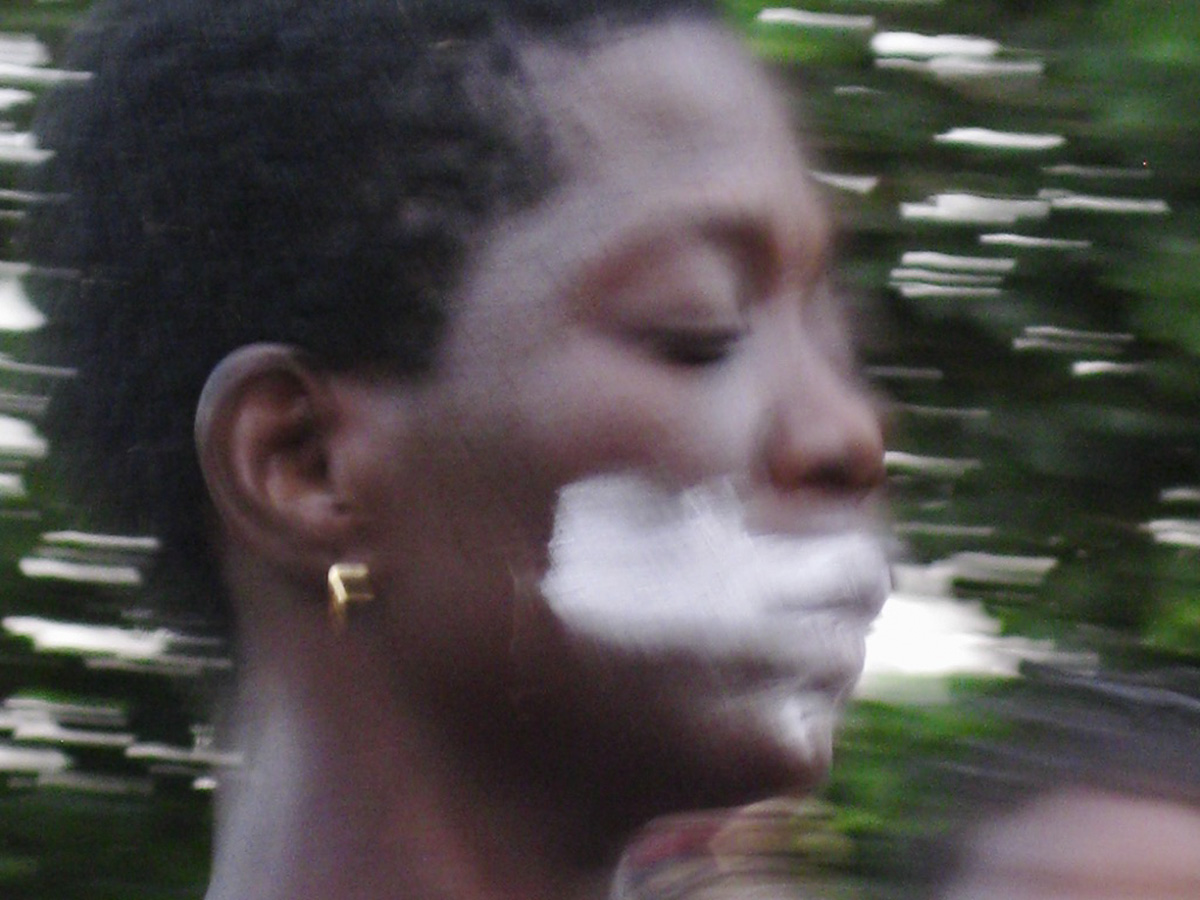 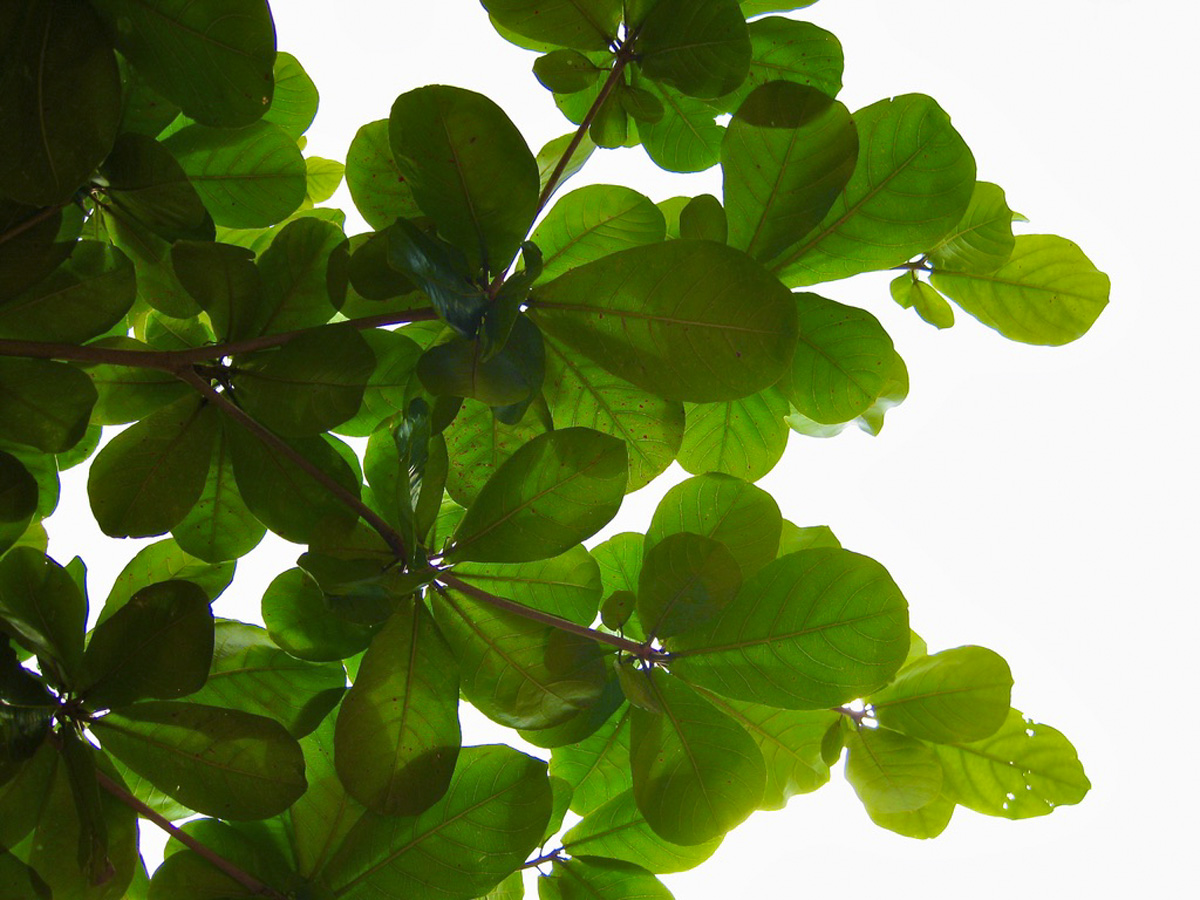 Throughout the many trips to our various field sites what has inspired me the most has been the chance to capture photographic images of family life, typically in small villages or rural communities, participating in both ritual ceremonies or daily activities. Some of my photography during ceremony consists of practitioners drumming and singing to accompany bodies in motion, often falling into trance. I’ve also been given access to photograph ritual objects and sacred spaces. The sharing of these images that document activities and details in the field have proven immensely valuable for our research team particularly in the cross-referencing of data between field sites. 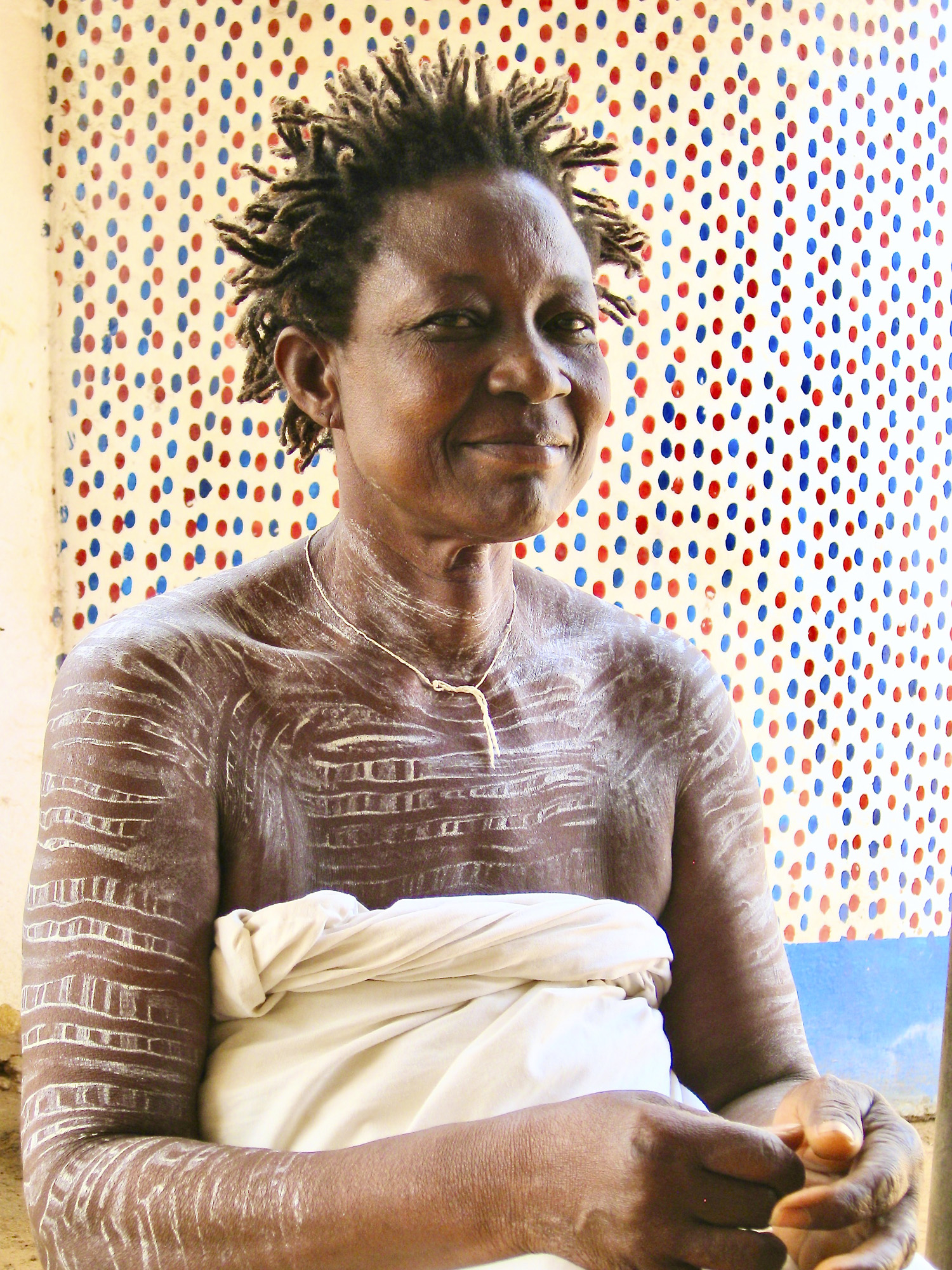 Since much of Flanders Crosby’s research focuses on elder oral histories referencing ritual practices spanning decades over several generations, photographic portraiture became a method for me to align a community of living faces, possibly family descendants, to these centuries old stories and memories of their ancestors. Throughout the many years of our research in Africa I was most intrigued to photograph the present-day community members within our Dzodze Ghana fieldsite. The graciousness of Priestess Kpetushie "Dashi" Nkegbe, and her extended family along with her brother Johnson Kodjo Kemeh who acted as our research collaborator and guide, never ceased to humble me. 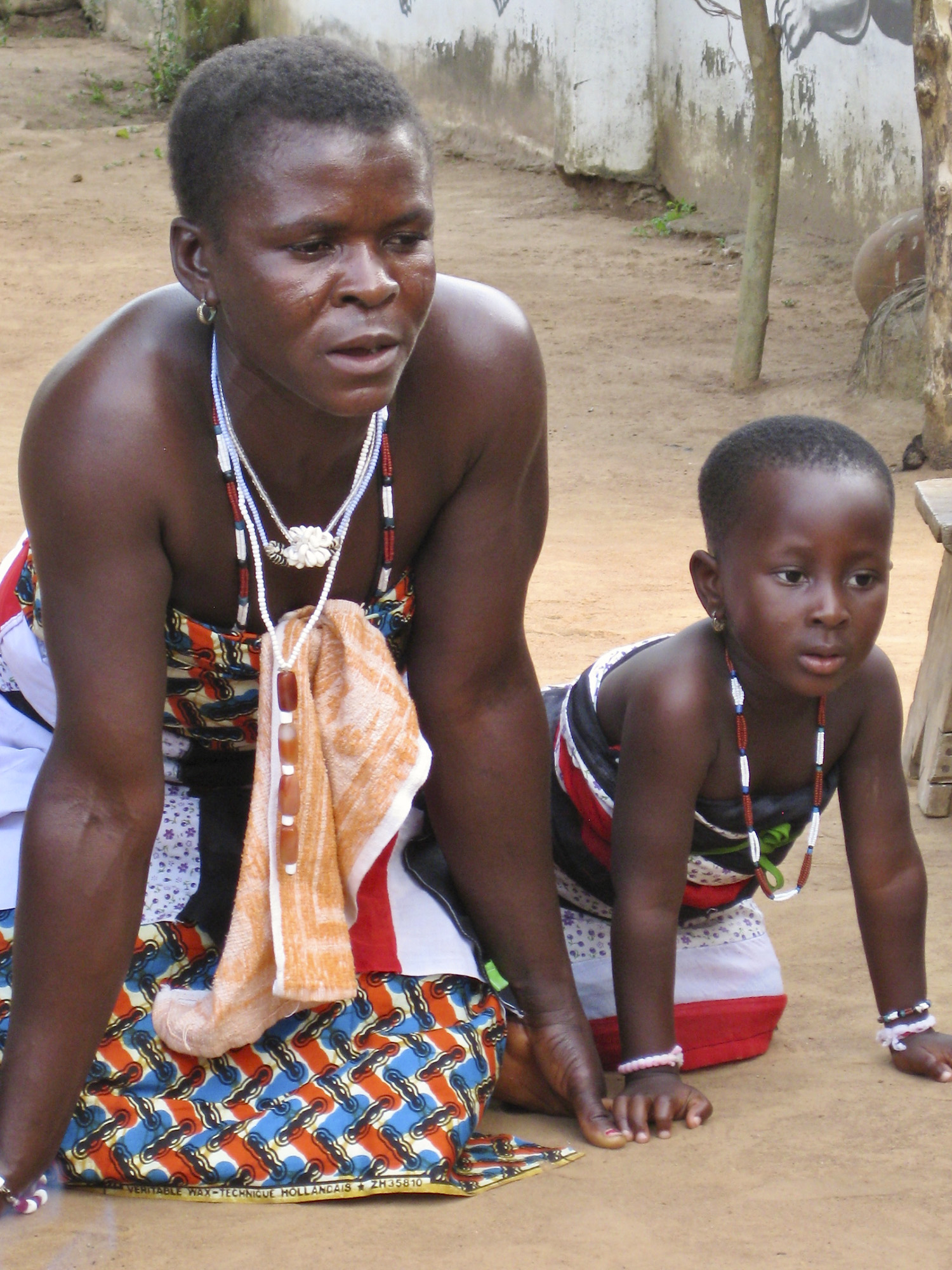 How do I document, or perhaps more appropriately, how do I represent through my experience, through my lens, that which is happening to the individual practitioners as part of these rich and long-standing rituals and spiritual practices? What is my role as invited witness, researcher and visual documentarian? When photographing events in the field, one of my goals is to continually strive for an impartial representation of the people, culture and events with which I have witnessed and interacted. In other words, a neutral rendering of the subject rather than a sensationalized depiction. The images I’ve captured in ceremonies reveal moments of excitement and elation, of vulnerability and exposure. At times, these encounters have been immensely personal; at other times they were outwardly bold. The actions of drumming, singing and dancing bodies remembering and celebrating the rhythms and dances of their ancestors, are shared along with images of participants falling into possession within these rituals. These photos were taken during a ceremony in July 2013 led by Priestess Kpetushie "Dashi" Nkegbe with members of her family and community religious practitioners. 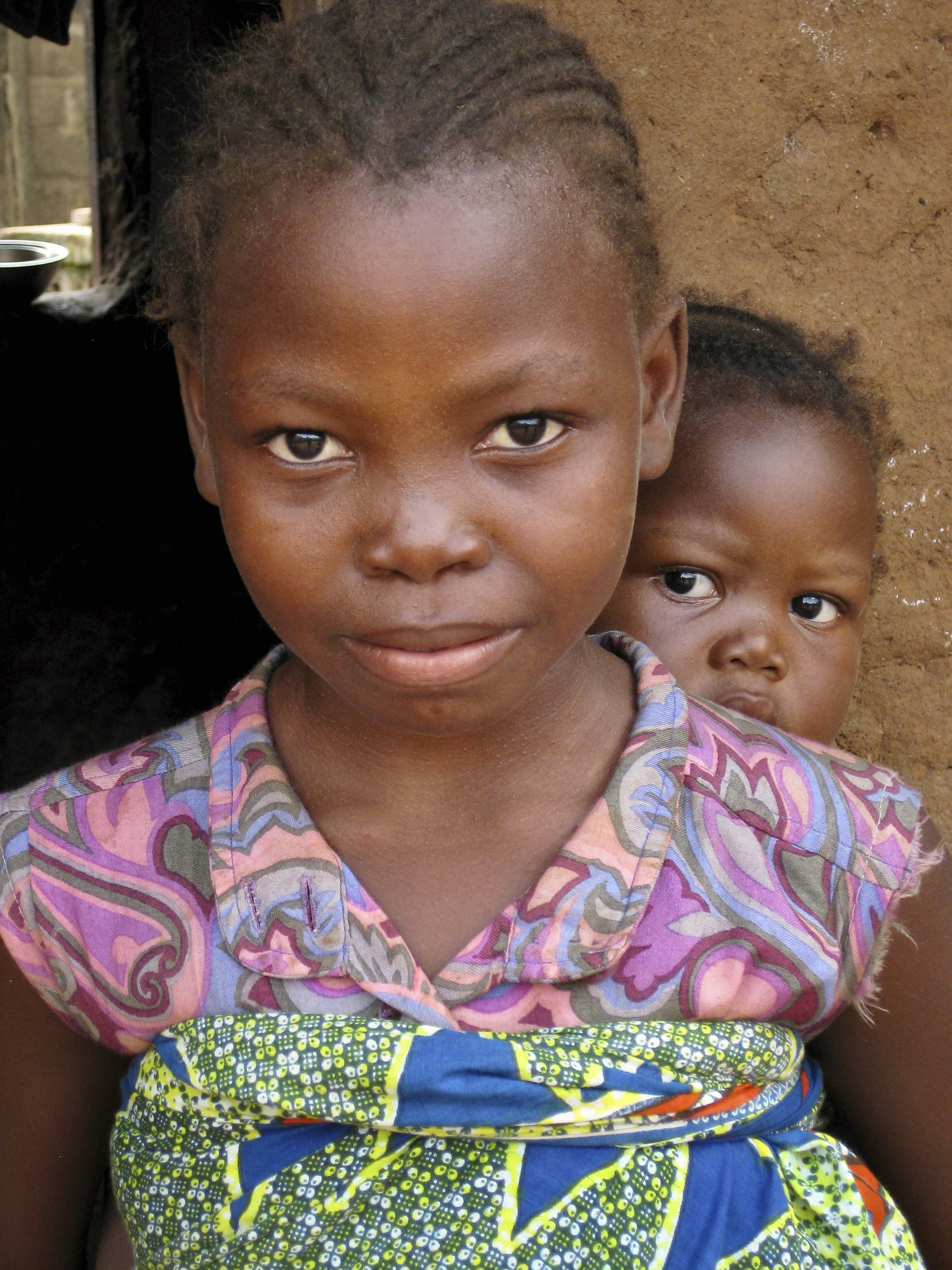 There is an old adage that says, “the eyes are the window to the soul.” This thought transcends words and movement; it transcends our histories and our truths. Among photographers, it’s often thought that the purest form of revealing your subject is “the close-up shot.” I felt this type of traditionally framed image, straight on and flat to the front, would often best represent the individuals within the Adjodogou Togo village I frequented. No matter their age, these subjects would consistently present themselves to me with a sense of ease and confidence; at once warm and willing to be photographed, often looking directly into my lens without affectation.

Also included are several different portraits of Adjodogou Legbas. These are man-made earthen mounds and often cowrie shells are used to represent eyes for this figure. Legba acts as a protective deity of thresholds, shrines, and households. 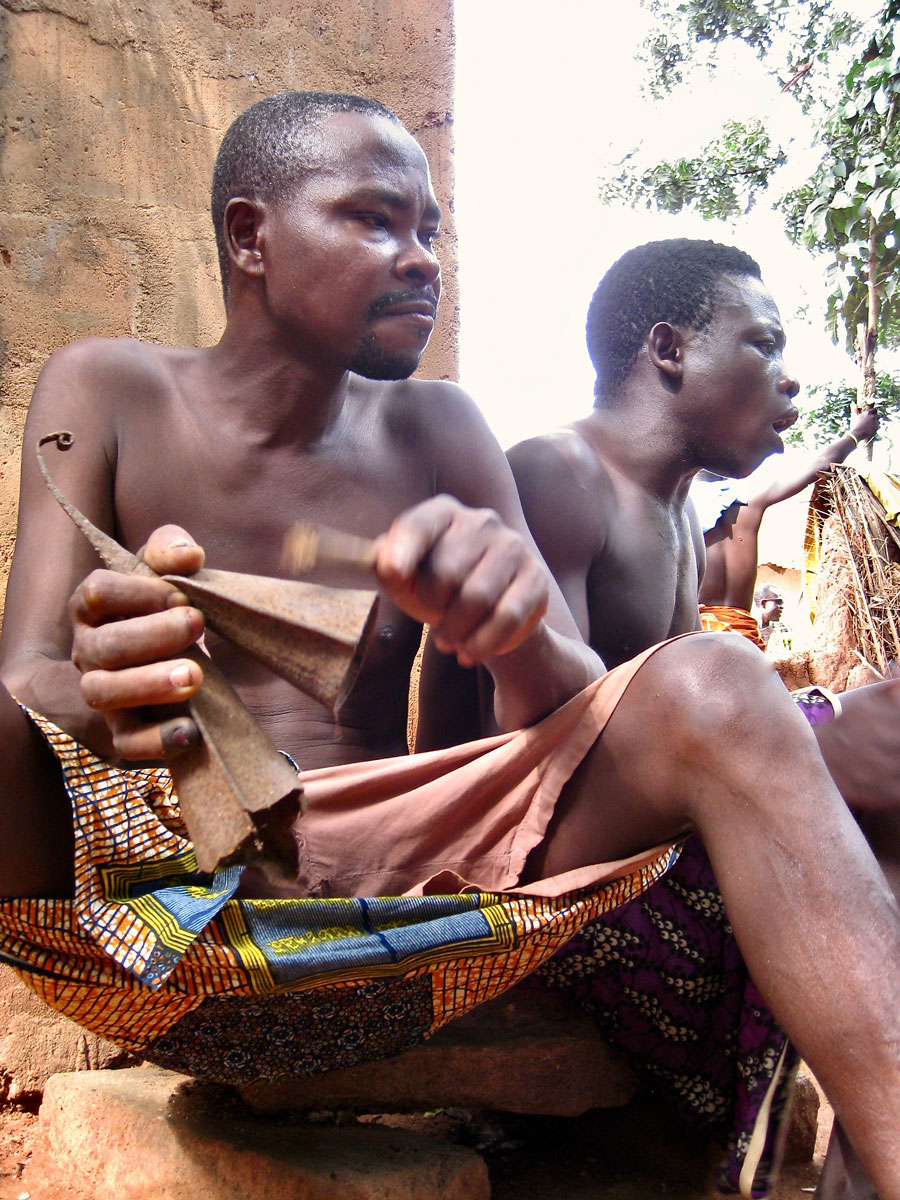 Bernard “Solar” Kwashie was an important research collaborator to the project’s Togo location. Solar’s ancestral family Sakpata and Da shrines in Adjodogou were opened for us as part of a ceremony in July 2013. The tree in the center of Da’s shrine was one of the areas where animal sacrifice offerings were made as part of the day’s ritual. 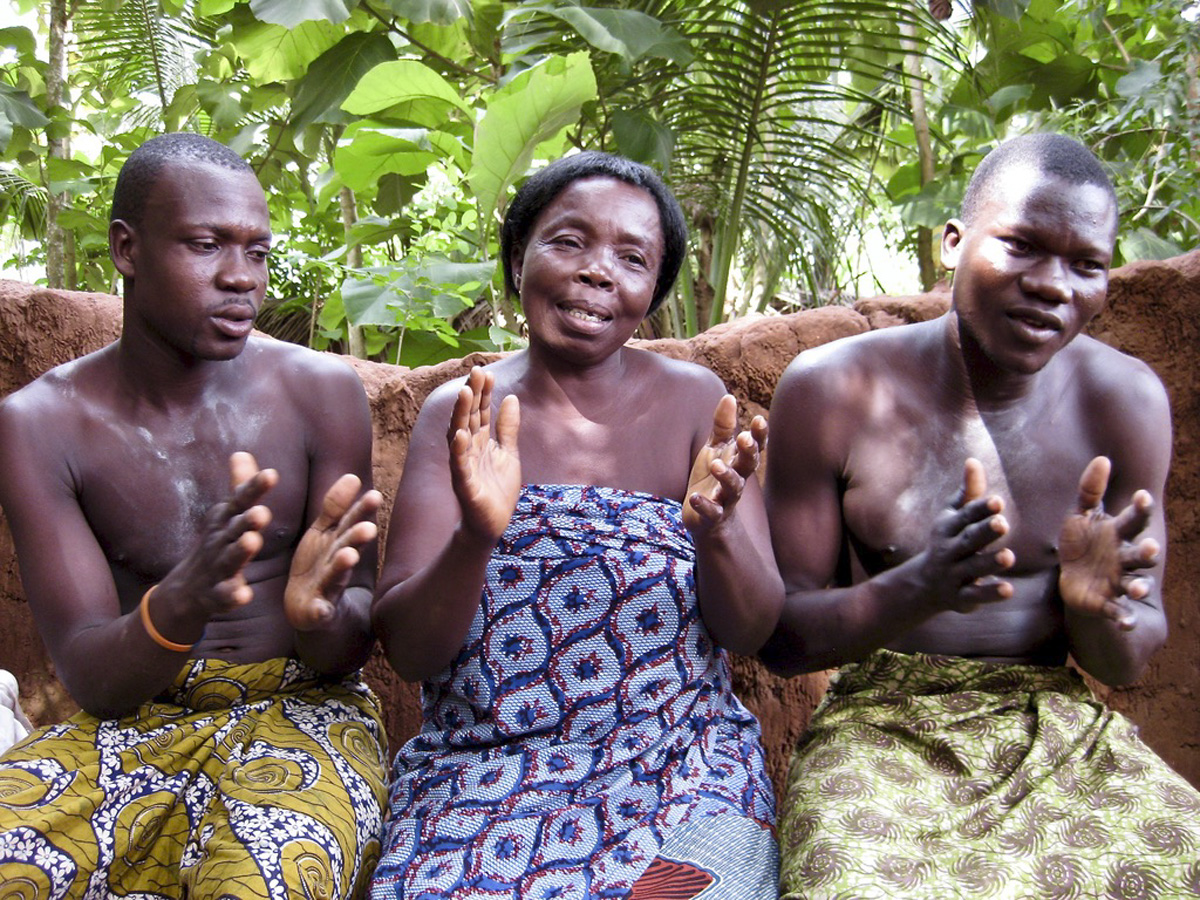 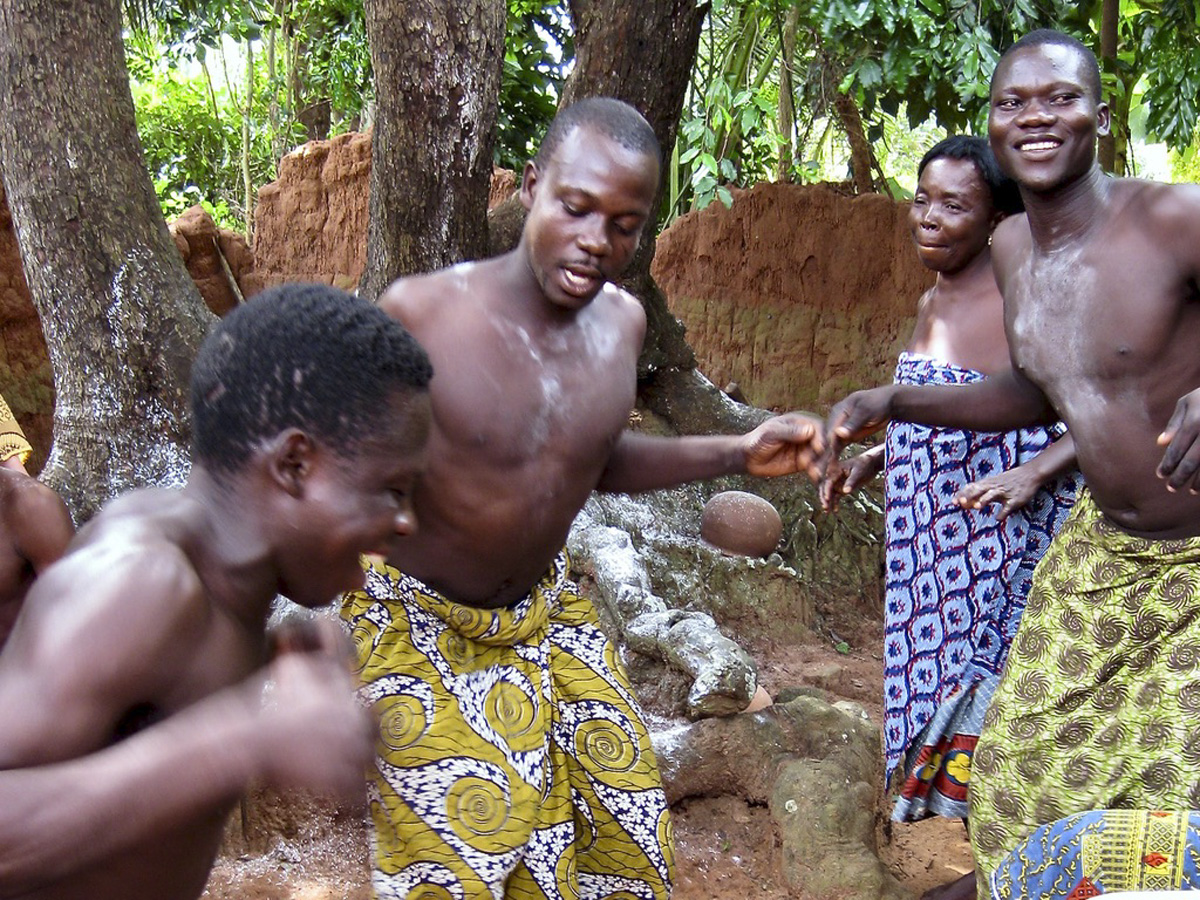 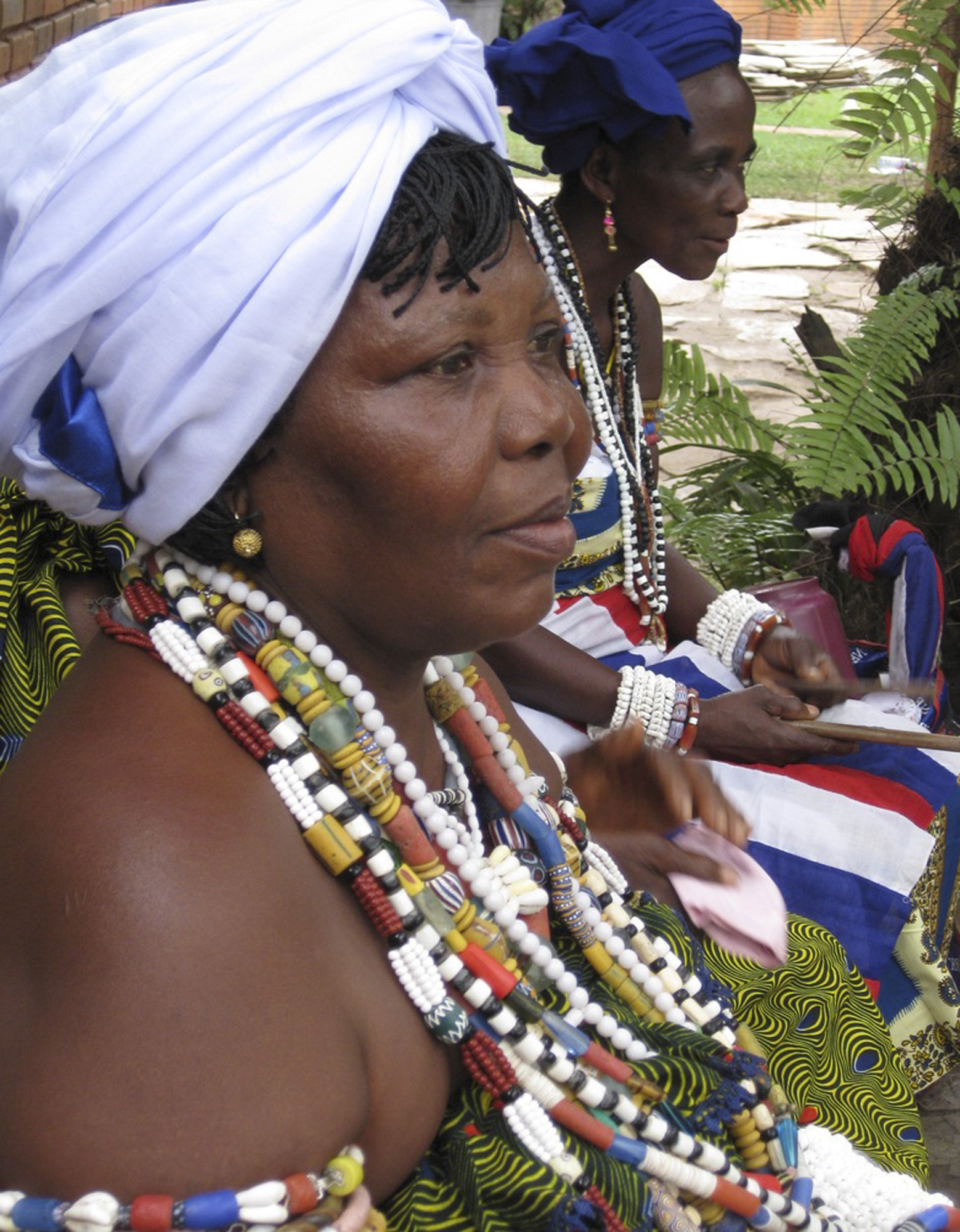 More Celebration at the Nubuke Foundation

For the opening of the Secrets Under the Skin installation at the Nubuke Foundation in Accra Ghana July 2013, Priestess Kpetushie "Dashi" Nkegbe honored us with giving a blessing and leading a celebration accompanied by many drummers, dancers, and members of her Dzodze family and religious community. 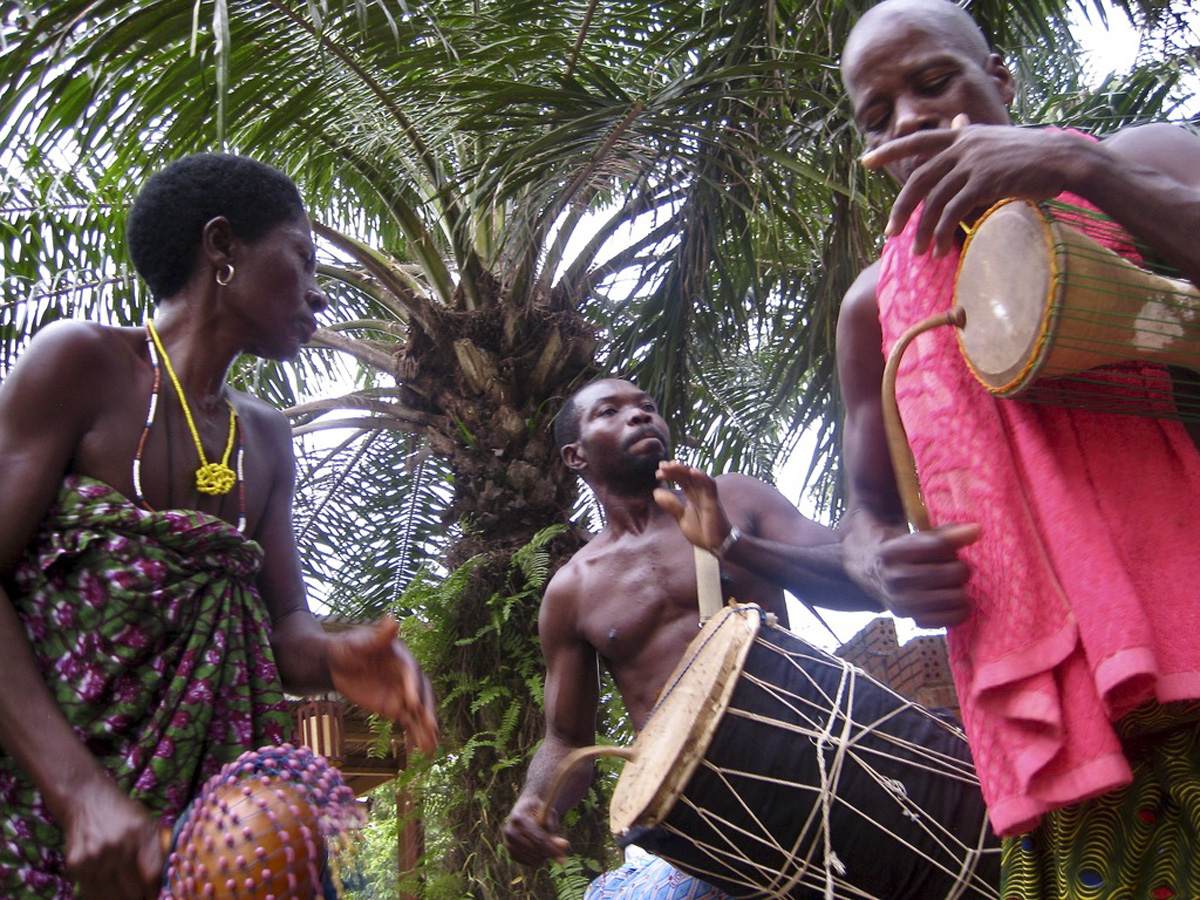 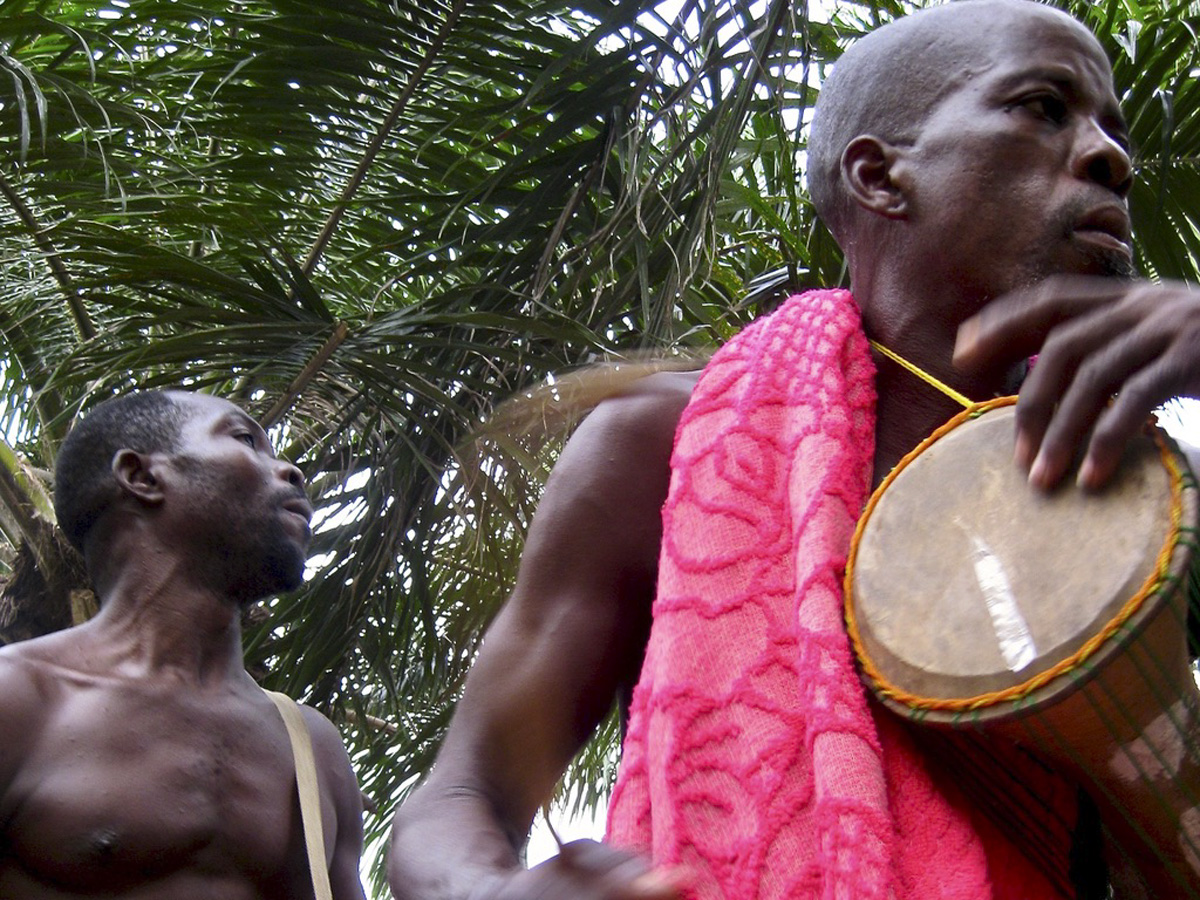 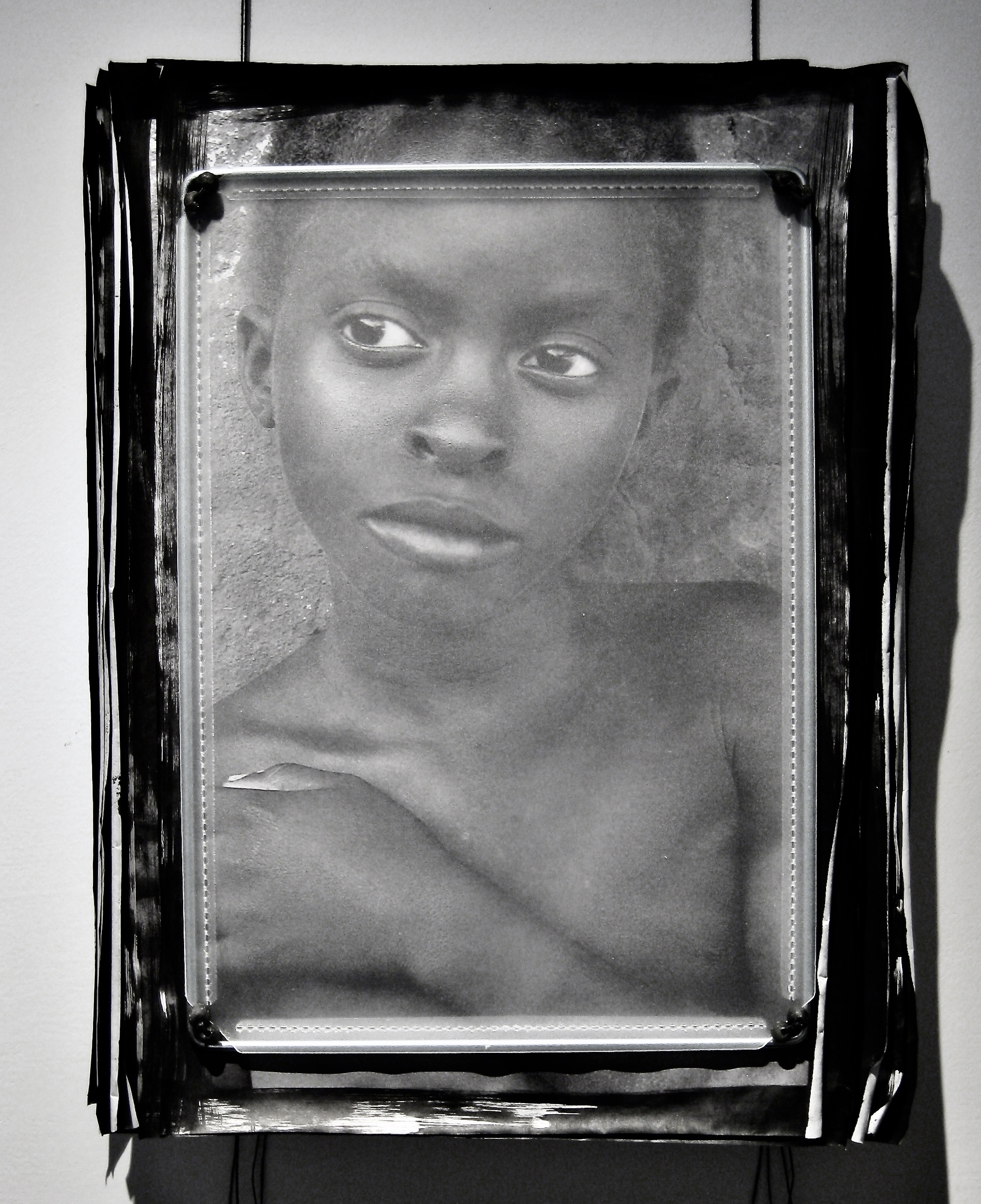 As part of the Secrets Under the Skin gallery installations, I contributed 20 photographic assemblages. These images were taken in Dzodze Ghana and Adjodogou Togo in 2007 and 2010. There is a saying in Ghana that in ceremony, when you stand in front of your priest to take libations, all of your ancestors are there, standing behind you. I was inspired by this concept for the creation of my assemblages. 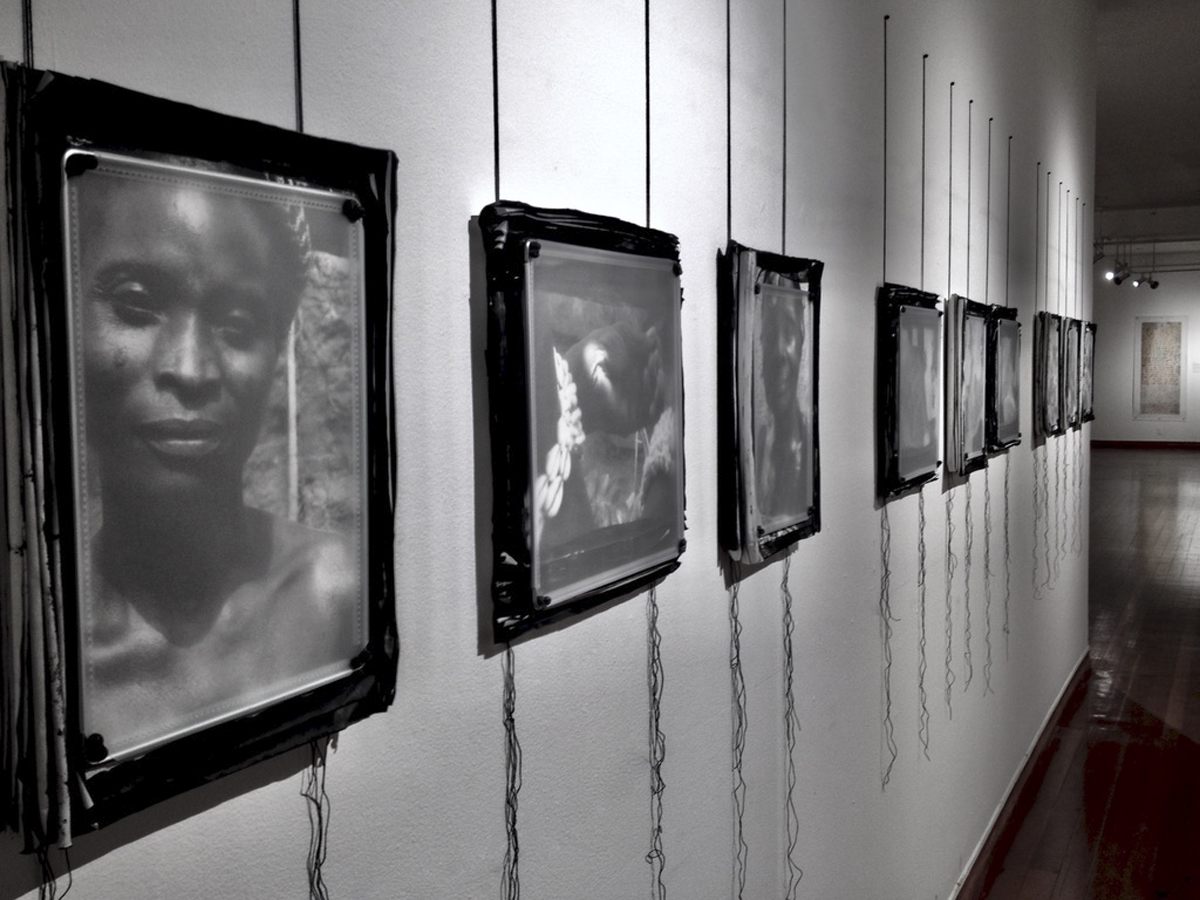 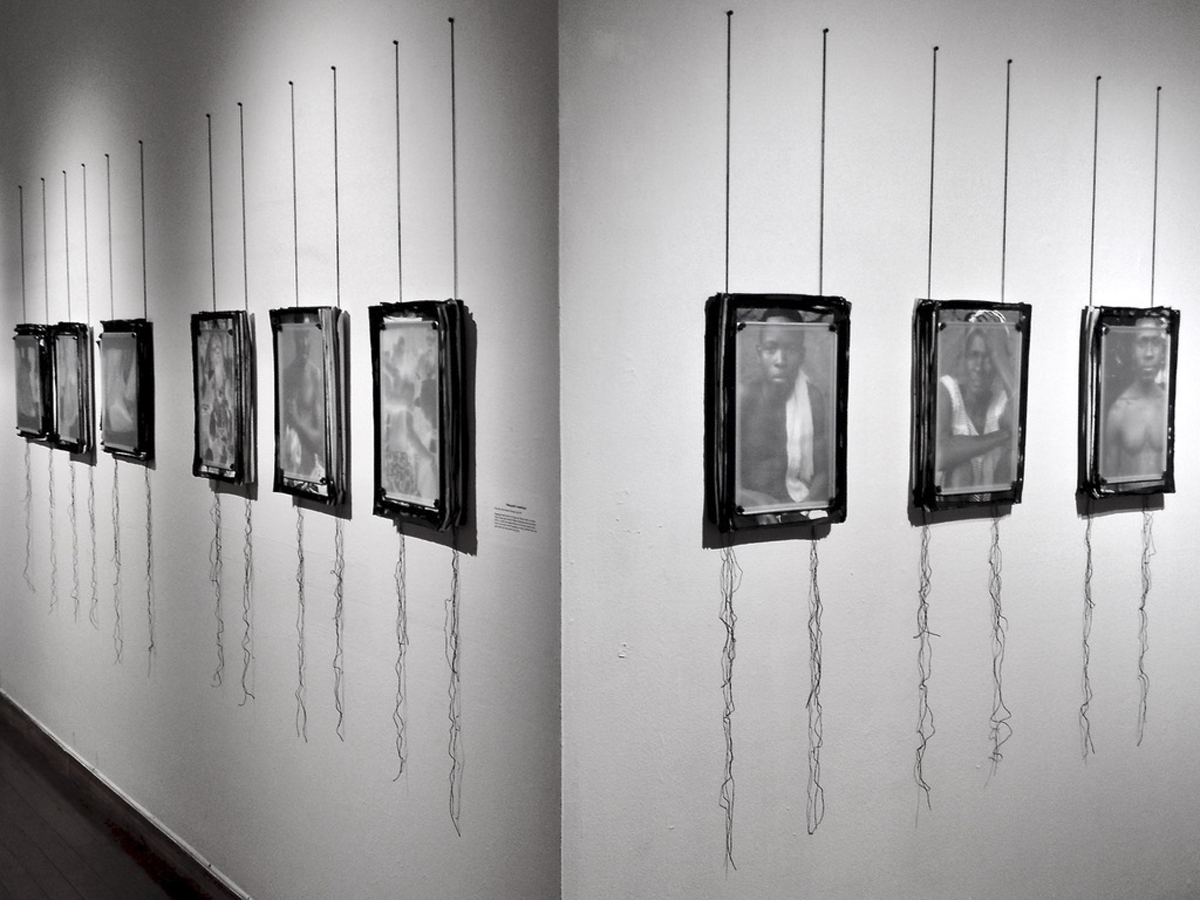 Of the visible top photographic image, approximately 60 other different images lay hidden and sealed behind it; perhaps suggesting a family history or lineage, perhaps suggesting many different truths. A multi-layered query offering a reservoir of many secrets, what is shared on the surface is only the beginning of one story.

One Secret Never to be Told 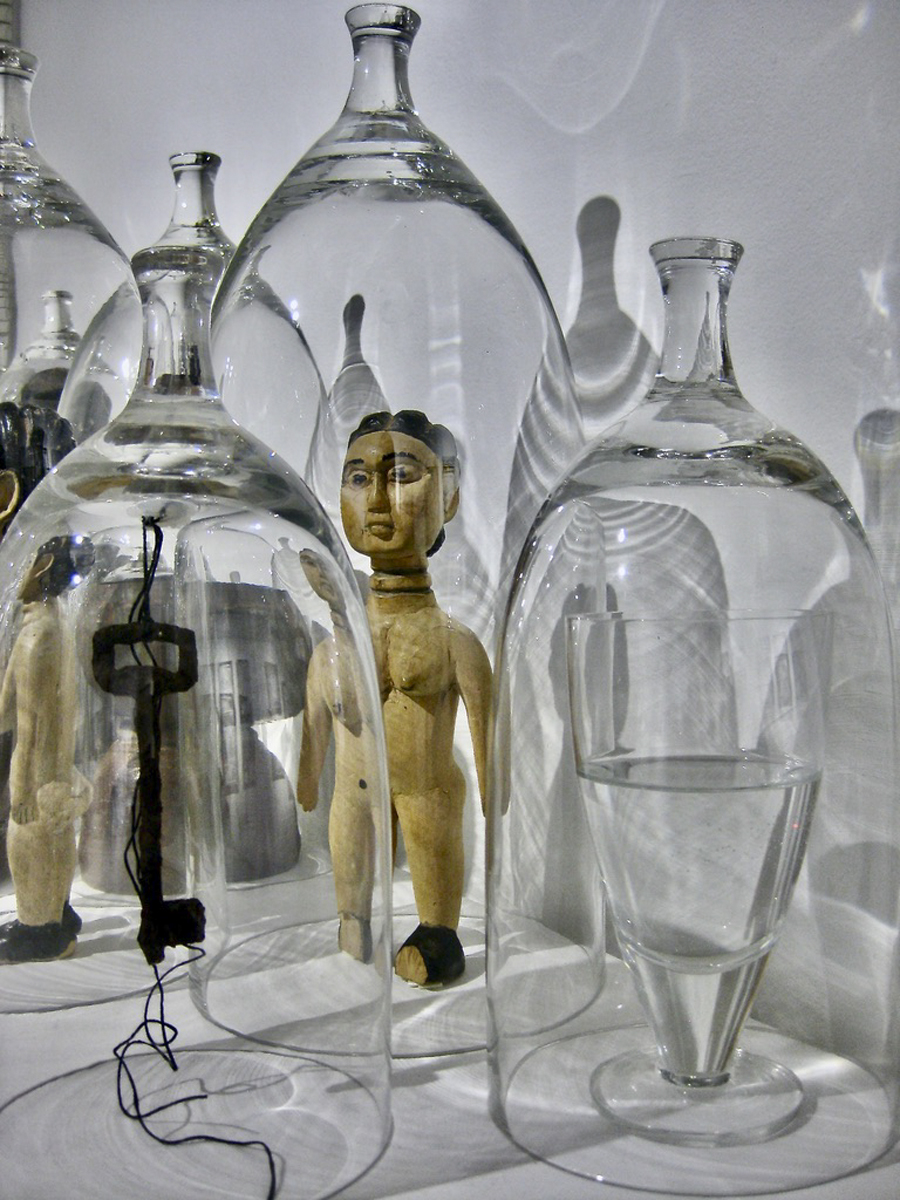 More One Secret Never to be Told

At the core of this work is the notion of stillness, ancestral worship, questions of survival and what remains. Exhibited at Kimura Gallery in Anchorage and Bunnell Street Arts Center in Homer, Alaska. 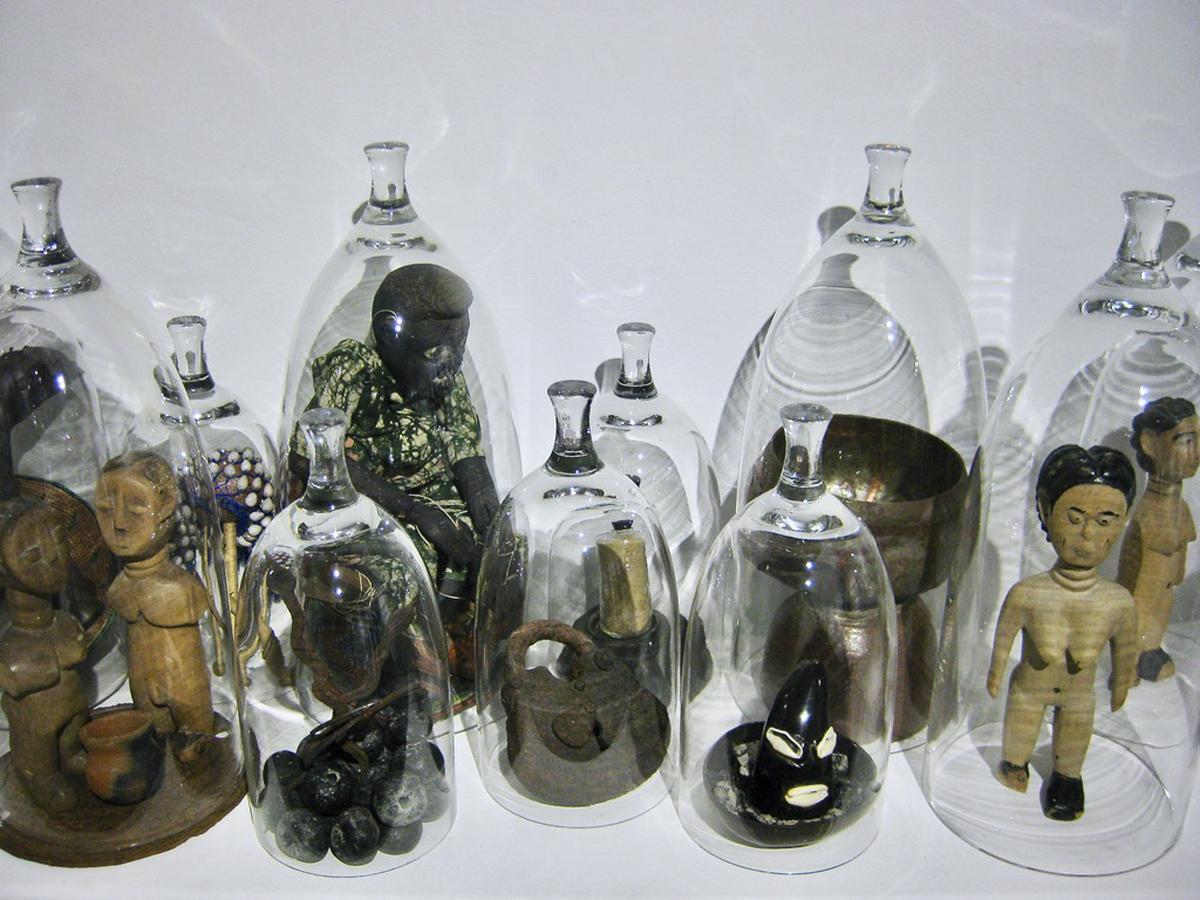 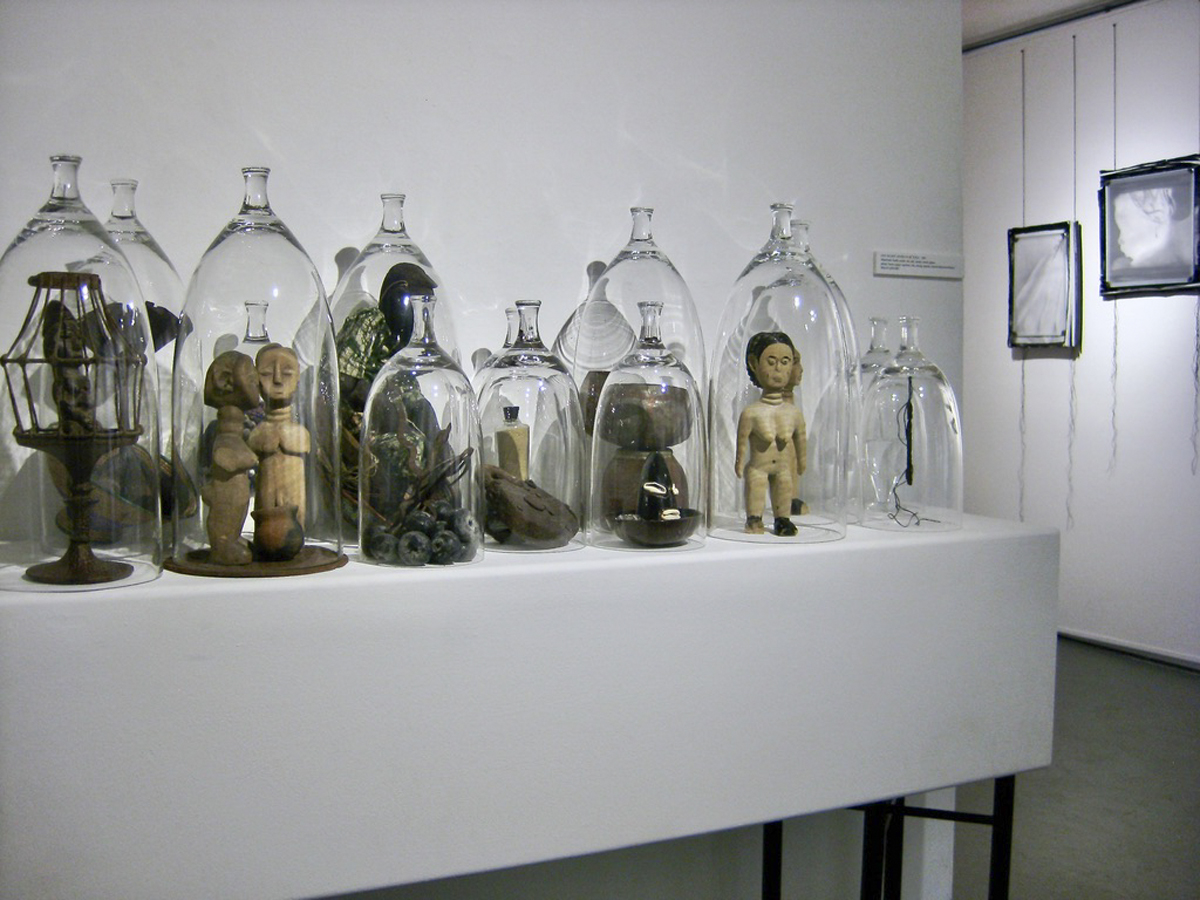 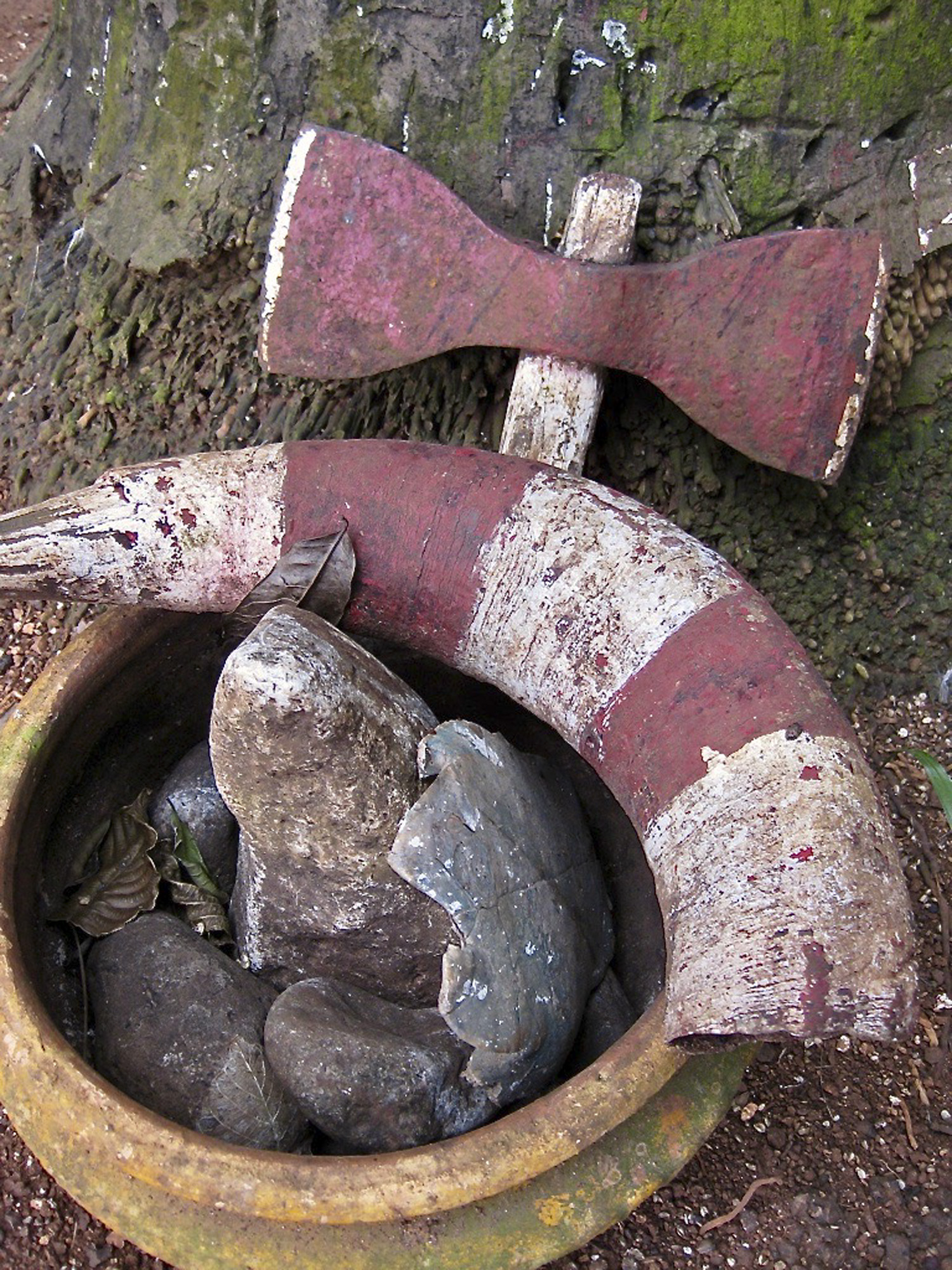 Respected ritual leader Mario José Abreu Díaz was an important contributor from our Agramonte Cuba field site. He generously shared local historical information while also connecting us with many members of his community. Mario José maintains a powerful Palo shrine in Agramonte. 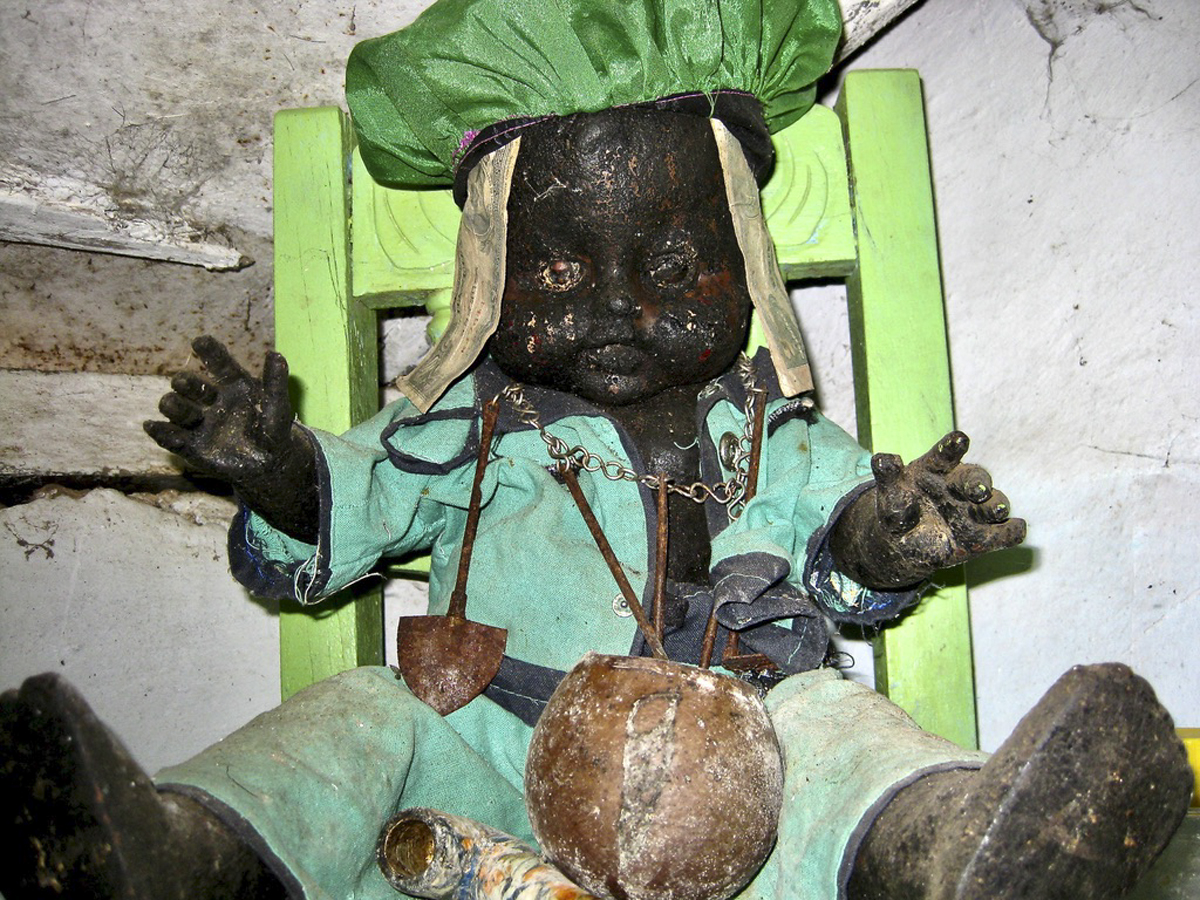 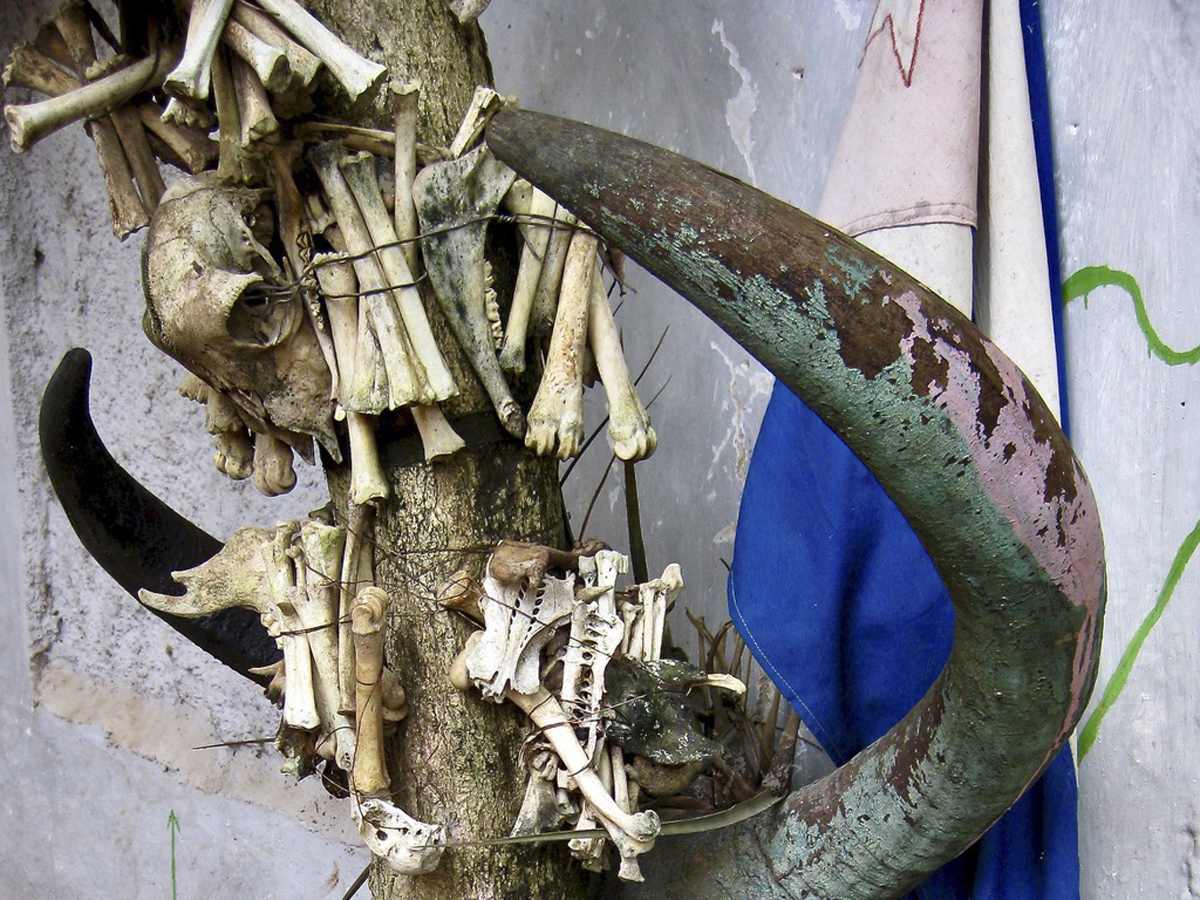