While they will not say it, both Melba Núñez Isalbe and Roberto Pedroso García were critical to this project. I first met Melba in Havana in 1997 when she was a translator for a dance class I was taking as part of a folkloric study course. I met Roberto around 2002 when we both went together in the same car to an event. Melba began to accompany me in the field in 1999 and has been by my side ever since. Roberto first accompanied me into the field in 2006. Likewise, he remained by my side until 2016, when he passed away somewhat suddenly.

Together, Roberto and Melba were more than translators and field facilitators. They became as invested as I was in researching the history of Perico and Agramonte, especially the elder oral histories we were privileged to receive. They would spend time finding out information that was hard to get, even working on this in Cuba when I was back in Alaska. Melba transcribed and translated over 60 interviews for me since 2005 and then organized and compiled stories from these interviews based on key themes that emerged from the interviews. She also did significant background research into the histories of Afro-Cuban religion, and into the many sugar mills of the area. 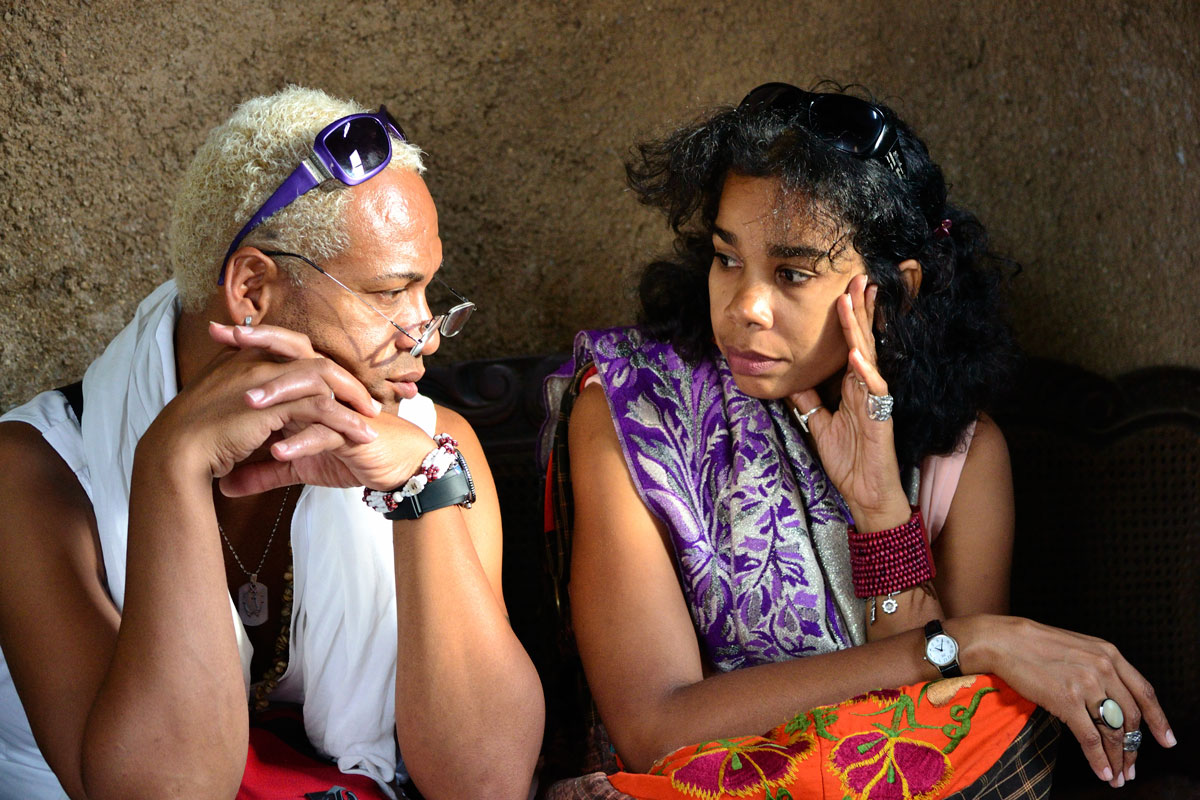 Melba and Roberto, image by Miguel A. Parera 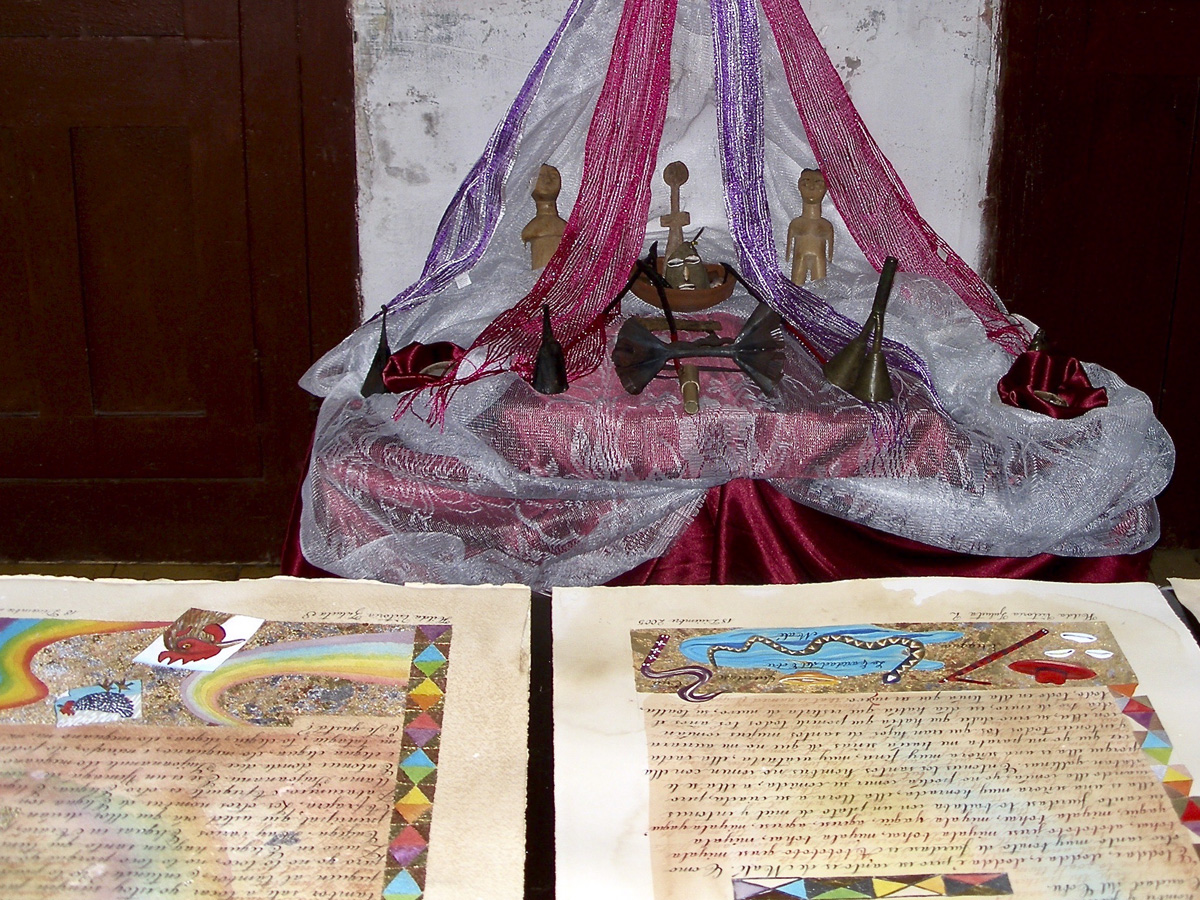 Roberto's contribution to the Secrets Under the Skin installation included an altar he constructed at the two Cuba sites, Fundacíon Ludwig in Havana December 22, 2010 and the Museo Municipal de Perico Constantino Barredo Guerra in Perico December 25, 2010. He used objects that Jill Flanders Crosby brought from Ghana and Togo, sand from Ghana's slave coast, ash from Jill's woodstove in Alaska, and dirt and other religious objects from Cuba to tie all three places together. See the page for Fundación Ludwig page for an image of Roberto's altar in Havana.

In both locations, Melba contributed by reading some of her favorite elder oral histories curated from the many interviews that we conducted.

How do I start to speak about a project that scared me at the beginning, but that then grew and developed into unimaginable proportions? How can I explain that it turned into a part of my very self and made me change my ideas and helped me grow as a person? It is one of the best experiences I have had throughout the years.  Through it I have met great people and gone to incredible places.  I can only say thanks.

This project is an important part of my life. It has given me the opportunity to know more about our idiosyncrasy and our African roots. I have known people like Susan, Jill, and Brian who have contributed to this installation, and we all have shared together with our brothers of the towns of Perico and Agramonte, Cuba whom we thank for their friendship and trust.

April 13, 2016, was the day I learned that my friend and collaborator Roberto Pedroso García had passed away. Roberto was always the calm in the storm, helping me navigate the many protocols that surround religious ceremony and elder respect in the towns we moved amongst. As a religious practitioner himself, Roberto was our door and our gate. I counted on him always to be nothing other than professional, dedicated, and instantly willing to help, no matter what the problem or need. 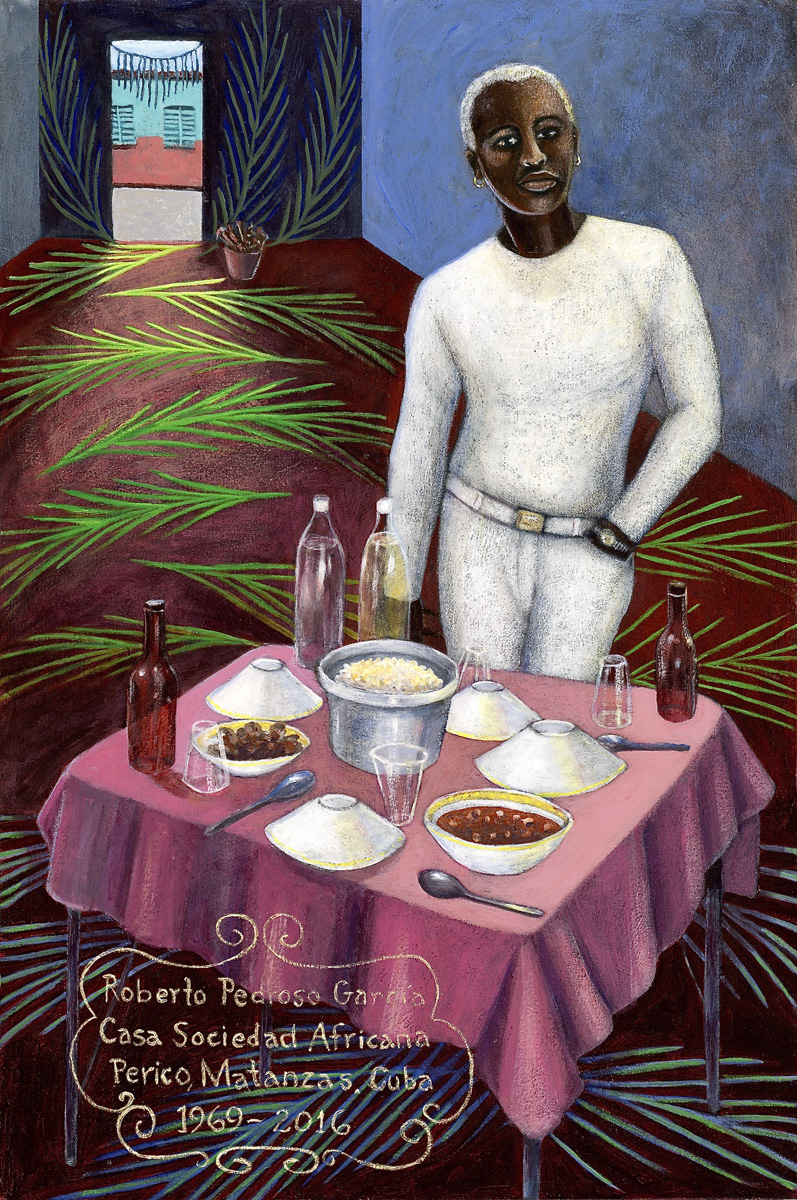 Altar for Roberto by Susan Matthews