The performance "in listening/in response" first premiered in 2010 as a live durational solo responding to the Secrets Under the Skin installation at the Fundación Ludwig de Cuba. The second presentation of this piece came in the form of an interactive telematic performance from Arizona to Anchorage, Alaska in January of 2011. Since, the piece has manifested as a single channel video piece and as a final sculptural garment as seen at the Mission Cultural Center for Latino Arts in San Francisco that accumulated five years of the skin/text remnants from each city the piece was performed. Memories of Havana, Accra and Cape Coast in Ghana, Phoenix, and San Francisco are archived in undulating folds of words and skin. 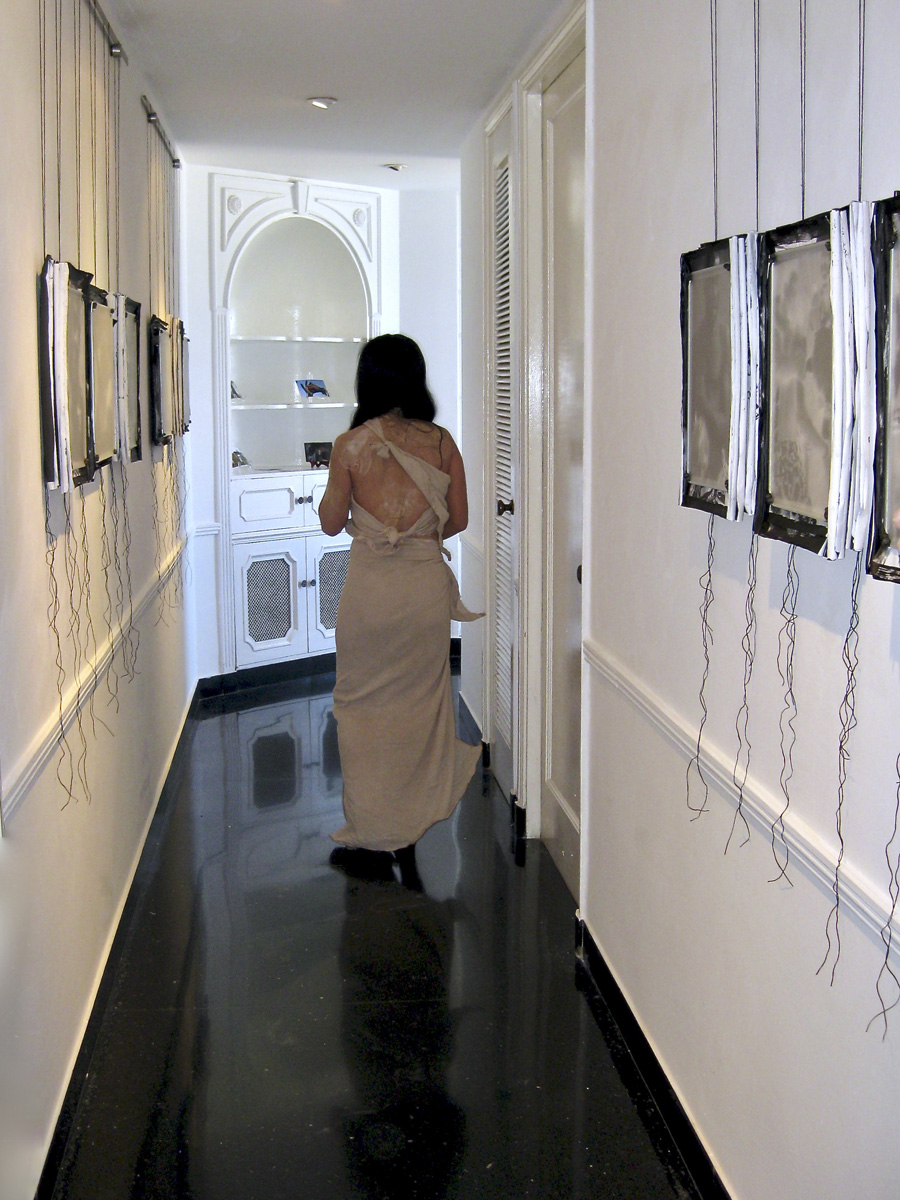 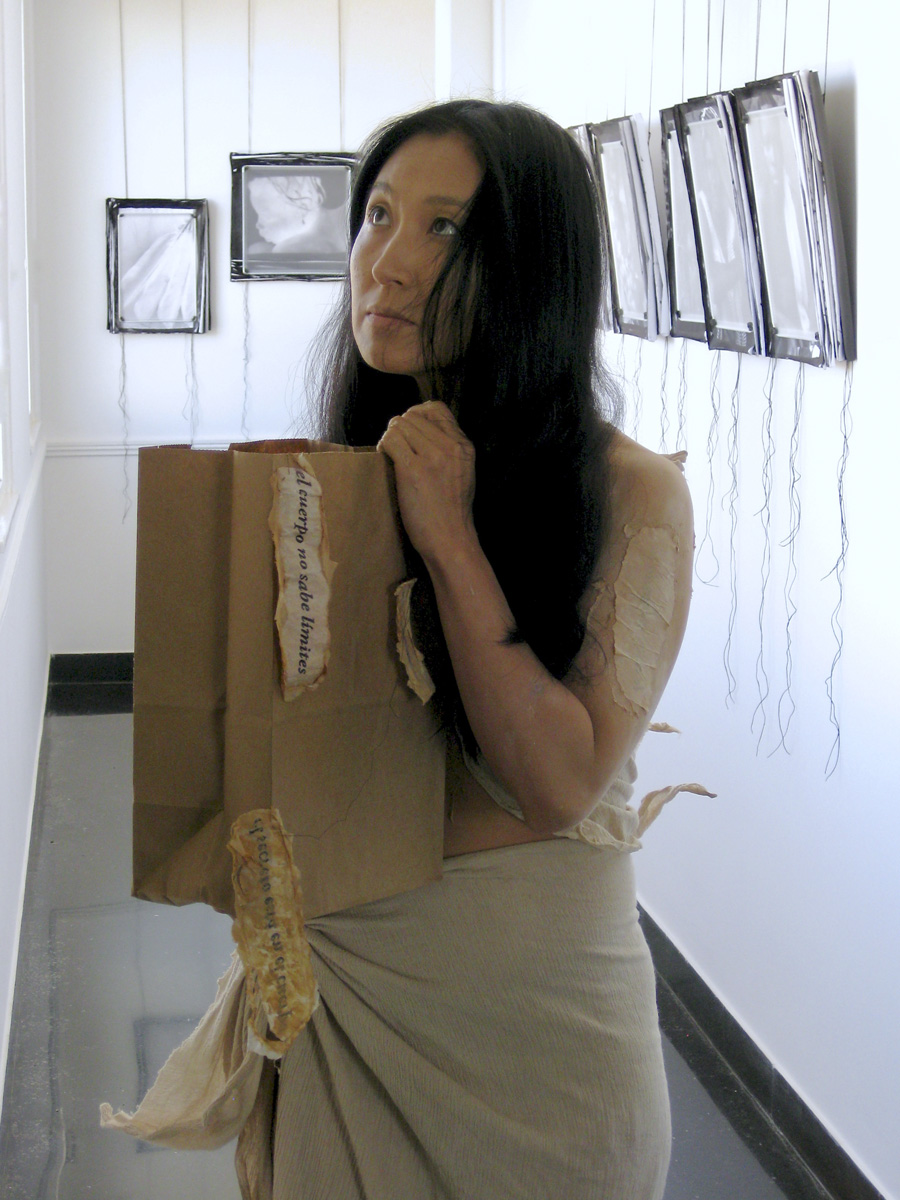 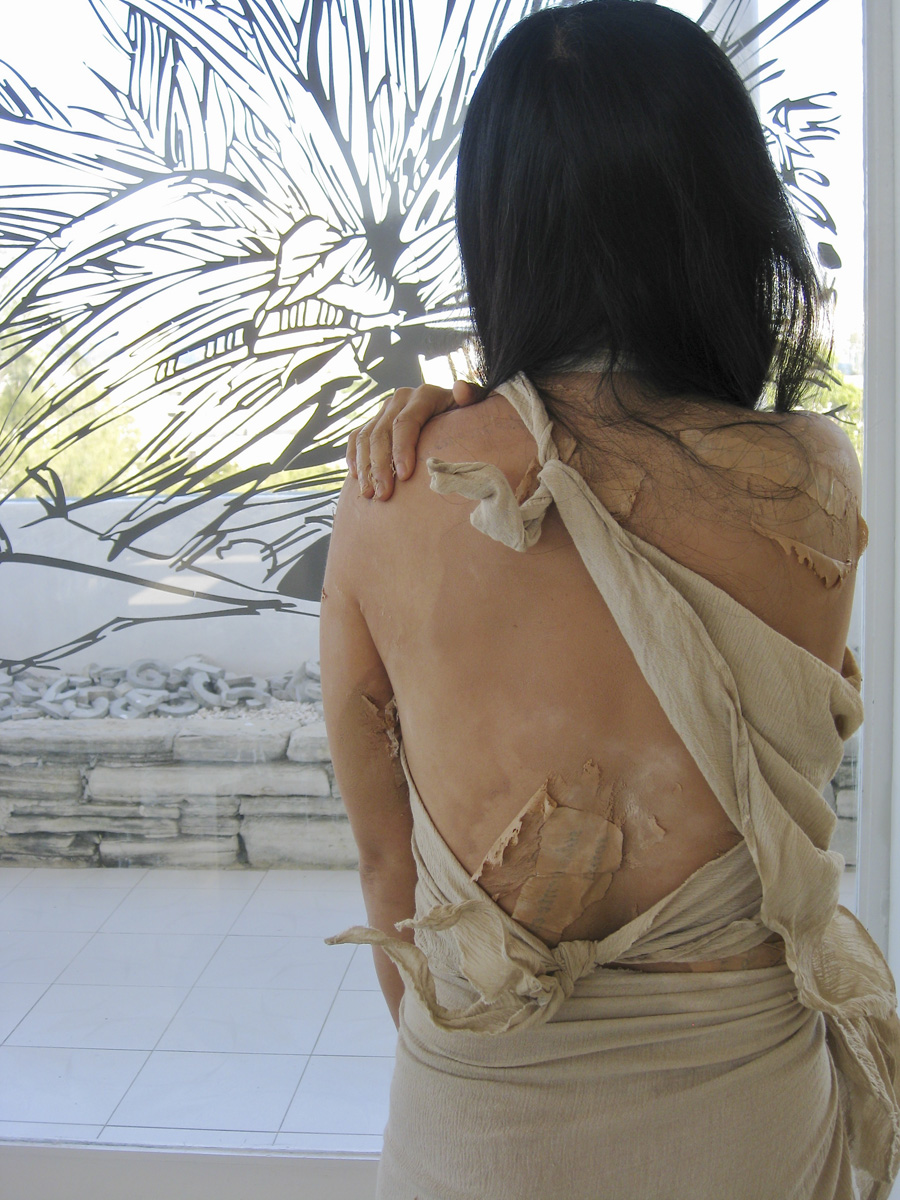 This protean performance piece by Marianne M. Kim is grounded in the intersection between memory, inspiration and viewership. In the spirit of "ceremony," the artist ebbs and flows in the liminal space between function and form -- between task-oriented moments and attending to a body publicly exposed and privately in crisis. The body is transformed by the "ritual" needs of the present. What are the artifacts of ceremony? What is the body's role? What remains in memory and form? What do we take away from the present moment?

Marianne was invited by Jill Flanders Crosby to contribute a performance element to Secrets Under the Skin after numerous residencies in the dance program at the University of Alaska Anchorage. Having no first-hand knowledge of Ghana or Cuba prior to the premiere of the installation, she offered a performance piece inspired by Flanders Crosby's writings and the work of the other contributors. 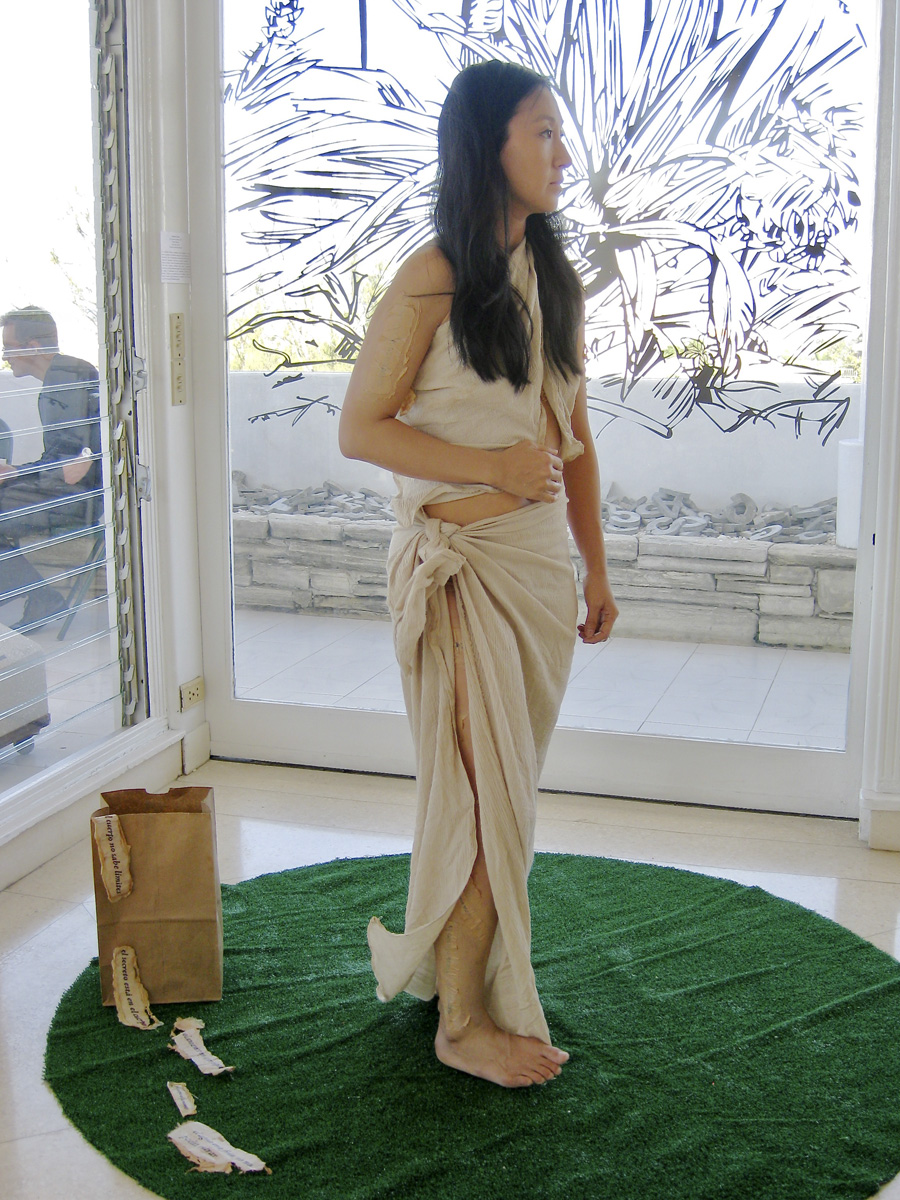 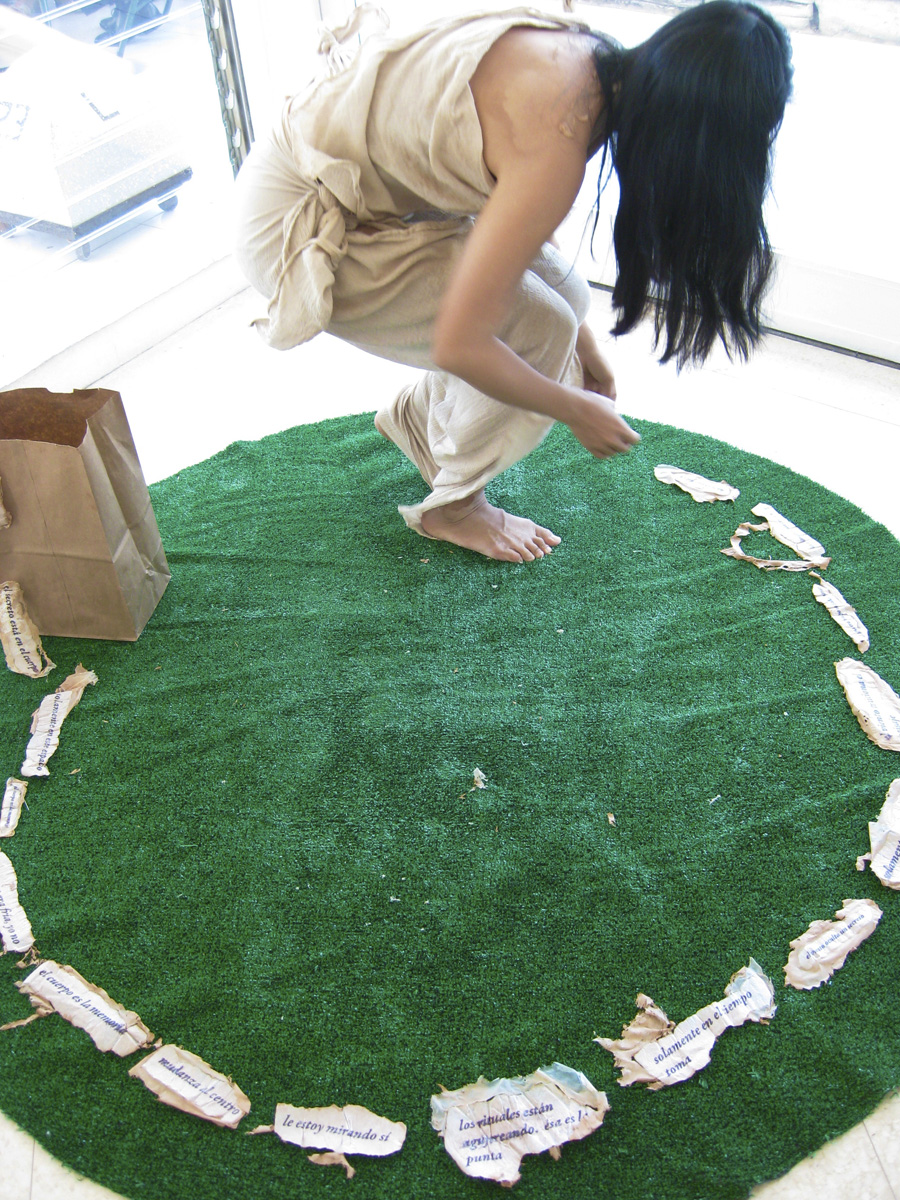 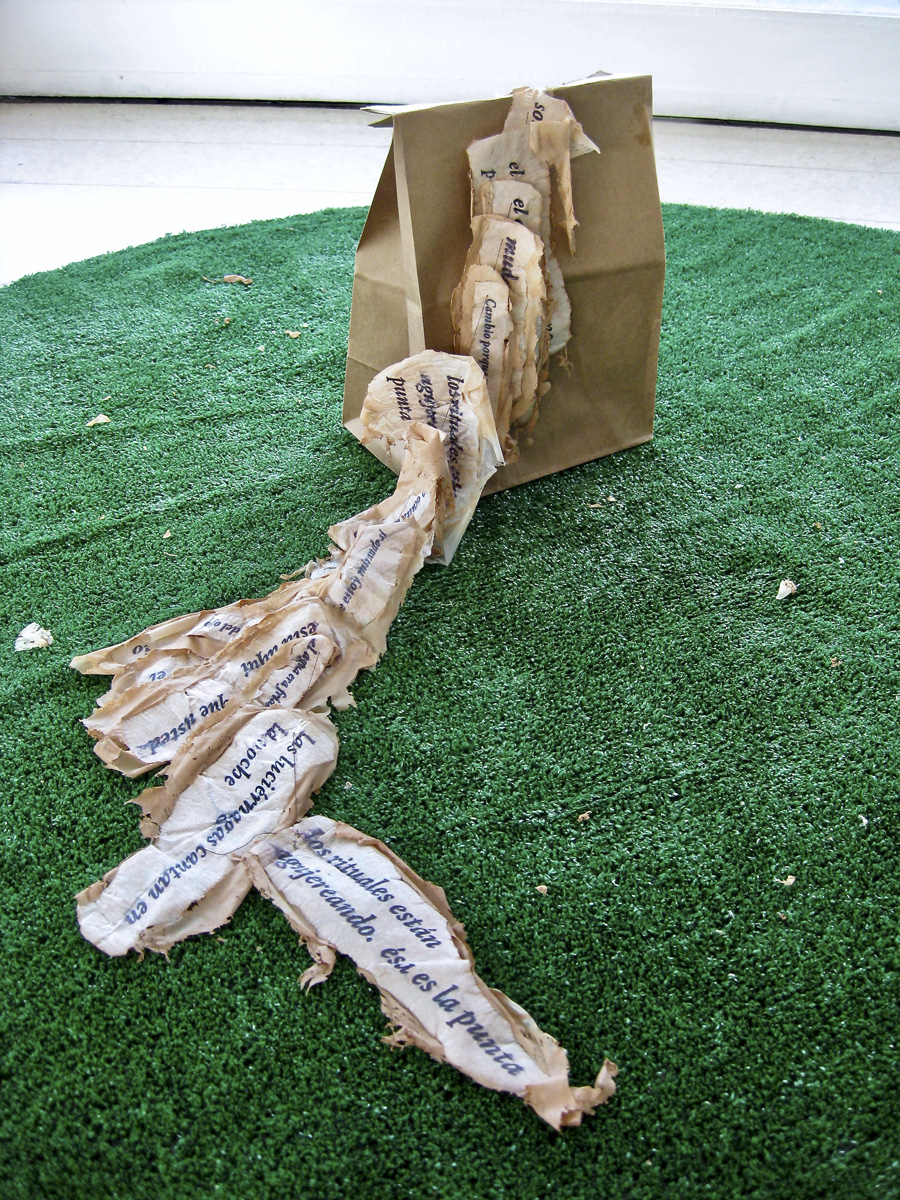 "in listening/in response" (2010)
Time: The Present
Location: Here and Now

Duration: As long as it takes