One day in 2014, I met Dr. Jill Flanders Crosby. While I know how we met in a literal sense, I still can’t explain how we connected, how we went from a conversation on a cold but sunny spring day to working together in Cuba. All within a year. I’ve given up trying to explain the connection, because Dr. Flanders Crosby has since then introduced me to worlds far more difficult to explain.

And yet, that is exactly what I try to do as a member of the Secrets Under the Skin team. As a creative nonfiction writer, I’ve used literary strategies to make sense of the otherwise ineffable in my life. My grandmother, who was instrumental in my becoming a writer, often explained her life in Cuba through stories that Alejo Carpentier would call lo real maravilloso. For a child with an active imagination, the history of Cuba, as told by my grandmother, seemed too strange to be real. Her stories included families fleeing curses from Spain, enslaved people becoming presidents, spirits inciting revolution in secret, and deities changing names to protect their worshippers from persecution. Until I visited Cuba, my grandmother’s stories existed in my mind less as lo real maravilloso and more as magical realism.

Visiting Cuba, however, remained an impossibility for much of my life. As a second generation Cuban-American, I was raised by refugees who believed the only way to achieve an American identity was to completely abandon all other identities. There were no talks of the island in my household. Mentioning it was like swearing. I was forbidden to learn Spanish, and when I was caught talking to friends in Spanish, I risked punishment. We would only use English. We would talk of America as if we had been here all along. We would never mention a word of support for Castro, Guevara, Communism, or Cuba. Growing up, I felt ashamed of my fascination with the smooth flowing language of Spanish, with the fabled heroics of revolutionaries and the fantastic tales of transcultural spirits.

Despite spending my first two decades on Earth in Florida, a mere 400 miles from Cuba, my only access to the island was through reading and writing. I dedicated my MFA in Creative Writing to a novel about my grandmother’s migration. I read Caribbean literature; studied Santería, Arará, Yoruba and Lucumí; performed literary criticism on narratives of Caribbean diaspora, Cuban exodus, and fragmentary identities. None of it, however, compared to dancing at a ceremony, kneeling before an altar, or feeling the percussive beat of sacred drums during a ritual ceremony.

This is the unexplainable real maravilloso of Dr. Flanders Crosby—how finding her in Alaska took me all the way back home. The bridge Dr. Flanders Crosby built for me has allowed me to apply years of scholarship and creative practice to a history hidden from me out of political and transnational fear. One of the significant aspects of Arará is the endurance of a cultural identity through performance. Particular songs and dances keep alive social memory, cultural identity, and sacred relationships. The stories elders shared with us are aesthetic, sensual experiences that embody historical meaning. When I write of Cuba (whether it’s the following blogs from 49 Writers or the true fiction in our book from UPF Press), my role is to continue the performance, keep telling the stories as they are told to us in the hope that they reach new audiences. 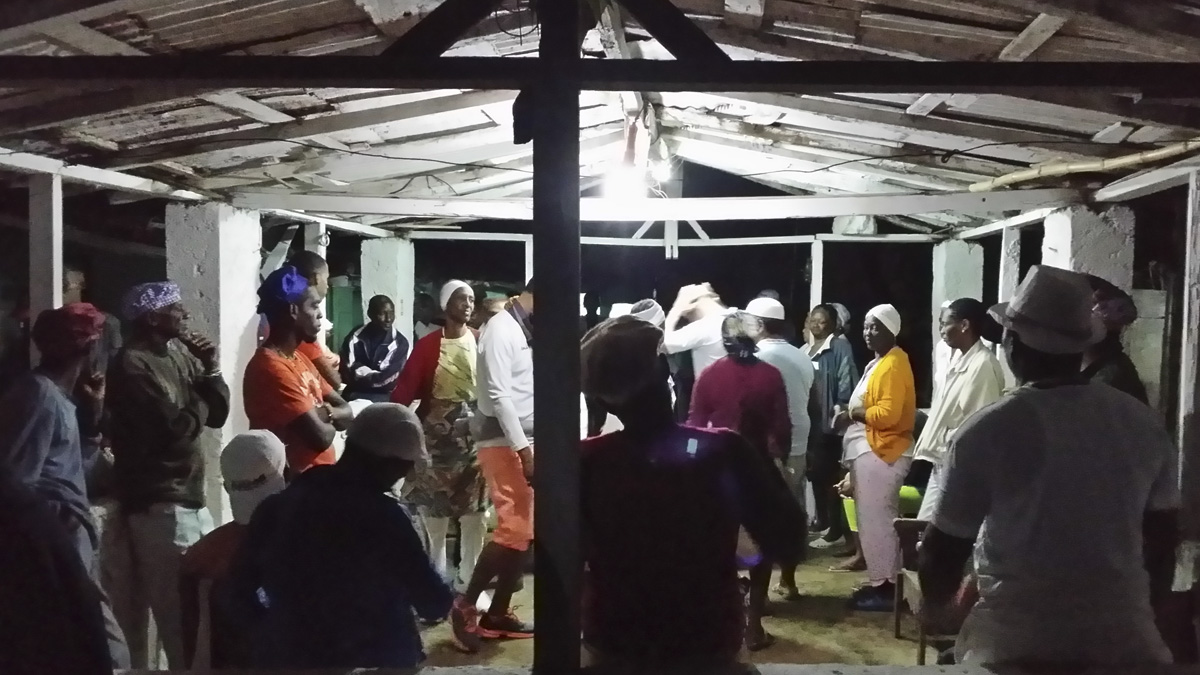 Dancing at the Awan Ceremony in Perico, Cuba, image by J.T. Torres

The most important thing Dr. Flanders Crosby has taught me is to create art that builds bridges. Through the use of literary language based in personal observation, the reader becomes entangled in the story. The reader experiences a transformative encounter as if they had the privilege of hearing the story directly from the storyteller—the Arará elder, the ceremonial drummer, the refugee grandmother.

The following blogs were originally published by 49 Writers. They will provide the framework for a book length project.

In order of publication, the blogs are: