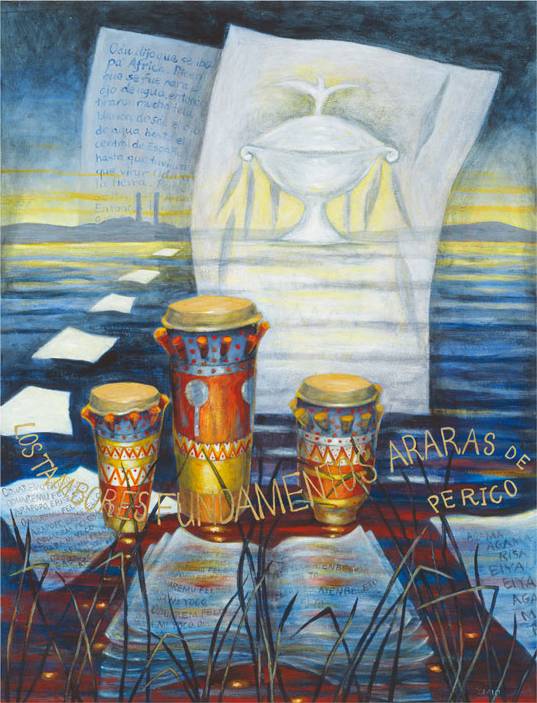 Hilda reminds us that her African ancestors were brought to Cuba as slaves on ships, and that they brought their deities with them. According to local legend, one day Oddu Aremu decided to go back to Africa. The people ran to the lagoon and chanted, throwing herbs until he finally emerged. They laid pieces of white cloth on the path, all the way back to the sugar refinery to entice him to stay.

Today Oddu Aremu's essence is still thought to live in the lagoon. He is venerated in a sacred white container in Perico, which is shown in the painting. Also depicted are three consecrated Arará drums that were made by Africans. The drums are repainted every few years and are still played during ceremonies. (Many traditional West African Ewe drums look almost identical).

A song to Oddu Aremu is written on the submerged book in the foreground, and its detached pages morph into the white cloths the people used to entice him back to the refinery. The book is submerged to symbolize its temporal nature and the impending loss of its knowledge over time.