Anchorage nominated for 'Most Welcoming Spirit' award from Define American 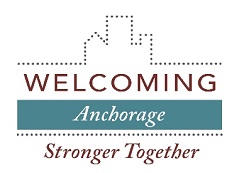 The Municipality of Anchorage is one of five cities nominated for the Most Welcoming Spirit Award from Define American, a nonprofit focused on "empowering and elevating the voices of immigrants."

Cities were nominated for taking an innovative approach to welcoming immigrants. Anchorage, along with the other nominees, is a member of the Welcoming Cities network, a collection of U.S. cities that recognize the economic, social and cultural contributions made by immigrants.

Anchorage joined the network in 2014 and hosted its second Welcoming Week in 2016. Here on campus, several UAA departments hosted events as part of this year's 10-day celebration: The Institute of Social and Economic Research hosted a panel on stemming "brain waste" in the city; the UAA Campus Bookstore presented a panel discussion about Alaska LGBT fiction and poetry, and another panel examining domestic violence in immigrant communities (recordings of both talks are available here); and the Center for Community Engagement and Learning hosted a think tank with Mayor Ethan Berkowitz, asking what contributes to a welcoming community.

Since 2014, the UAA Center for Community Engagement and Learning has also promoted Welcoming Week as a way for international students at UAA to connect with the broader university and Anchorage communities. Read more about that effort here.

The winners of the Define American Awards (which also includes categories for Artist of the Year, Activist of the Year and Ally of the Year) will be determined by public voting. Polls are open now at defineamerican.com/awards and close Dec. 19.