The Alaska Dispatch reported on three Alaska authors (Heather Lende, Tom Kizzia and Arlitia Jones) making waves in the literary world this week. Two of the authors-Heather Lende, M.F.A. '11, and Arlitia Jones, M.F.A. '95-are alumni of UAA's Master of Fine Arts in creative writing program. (And all three authors have served as faculty for the Kachemak Bay Writer's Conference, sponsored every year by UAA's Kachemak Bay Campus.)

Heather Lende's book, "If You Lived Here I Would Know Your Name," climbed into the top 10 on The New York Times bestseller list for nonfiction e-books this week, thanks in part to a promotional strategy used by her publishing company, Algonquin Books. A few weeks ago, the publisher began offering the book for $1.99 among select e-book retailers and sales took off, pushing Lende's book into the top 20 and eventually to the No. 7 position she currently holds. Published in 2005, the book is an account of Lende's experience growing up in small-town Alaska. 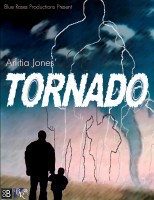 Fellow M.F.A. grad and Anchorage playwright Arlitia Jones picked up honors for her short play "Tornado," following its showing in the Samuel French Off Off Broadway festival. Started in 1975, the festival bills itself as NYC's oldest running short-play festival. Of the nearly 900 submissions received each year, only 30 proceed to the finals and a mere six of those go on to win. Jones' play is one of the celebrated six this year, selected for showcase, licensing and inclusion in an anthology.

Head over to the Alaska Dispatch to read more about these amazing Seawolves.