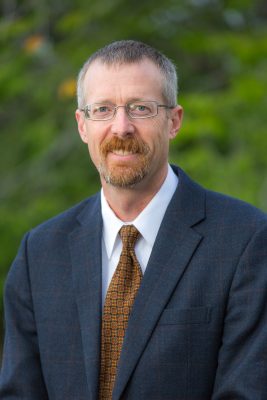 Daniel White will assume his position as chancellor of the University of Alaska Fairbanks (UAF) July 1.

White, a Fairbanksan with a long university career, is currently vice president for academic affairs and research for the University of Alaska System. He joined UAF's faculty in 1995 as a professor of civil and environmental engineering. He then served in successive administrative roles within UAF. In 2005, White accepted an appointment as interim director of the Institute of Northern Engineering (INE), the research unit of UAF's College of Engineering and Mines. After a national search, he was hired as director of INE in July 2006. In 2010, he was appointed as the associate vice chancellor for research. With this appointment, he became head of the Office of Intellectual Property and Commercialization. In late 2014, White was named interim vice chancellor for research at UAF and in March 2015 he became the UA System vice president for academic affairs and research.

"I am so pleased to announce this appointment," Johnsen said. "Dan brings a depth of knowledge about the university from many perspectives. From his work in the classroom and his role in innovation and commercialization of intellectual property to his administrative leadership in research and academic affairs, he will be a huge asset to UAF faculty, staff and students."

He stood out, Johnsen said, from a pool of highly qualified candidates. The selection committee received 24 applications and invited four finalists to Fairbanks. Of those four, White was the only candidate from Alaska. After a rigorous round of public forums and meetings with staff, faculty, students and Johnsen, the choice was clear, Johnsen said. "Dan White is the person who can best lead UAF forward in these challenging times."

As a registered professional engineer in the State of Alaska, White's expertise in sanitary engineering led him to conduct research on drinking water protection, development and treatment. While pursuing issues related to freshwater in the Arctic, he spent considerable time in rural villages and remote locations. White pioneered research on how climate change affects drinking water, water resources and related infrastructure, and his work has led to a better understanding of water resources for rural communities and the potential impacts of climate change.

"It's an honor to be asked to serve as Chancellor at UAF," White said. "I am committed to the institution and its faculty, staff and students. I will seek to foster strong relationships throughout the state and build on UAF's status as the world's premier Arctic research university. As a leader in innovation, we will seek to do more to commercialize developments, supporting our local and state economy. Even while we serve as the state's research university, UAF will continue to serve a critical role in Alaska's rural communities and Fairbanks through its community and technical education.

White's salary will be $300,000, which is the amount earned by UAF's previous three chancellors and interim chancellors.

White and his wife Ann Marie have lived and worked in Fairbanks since 1995 and have two children.

Outgoing Interim Chancellor Dana Thomas will leave the chancellor post on June 30. Johnsen praised Thomas's leadership of UAF during the past year, citing his commitment to students and faculty and his insight into the budget issues facing the university.