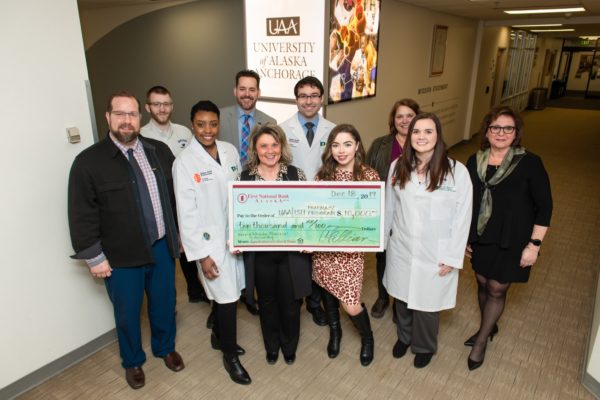 Alaska's first-year students in the UAA/ISU Doctor of Pharmacy program each received $1,000 scholarships to support their studies, thanks to the Bernie Klouda Memorial Scholarship program. This year's gift marks the fourth anniversary of the scholarship and brings the total donation to approximately $45,000. Teresa "Terri" Hall-Klouda of Bernie's Pharmacy, along with representatives from First National Bank of Alaska, presented the award on Wednesday, Dec. 18.