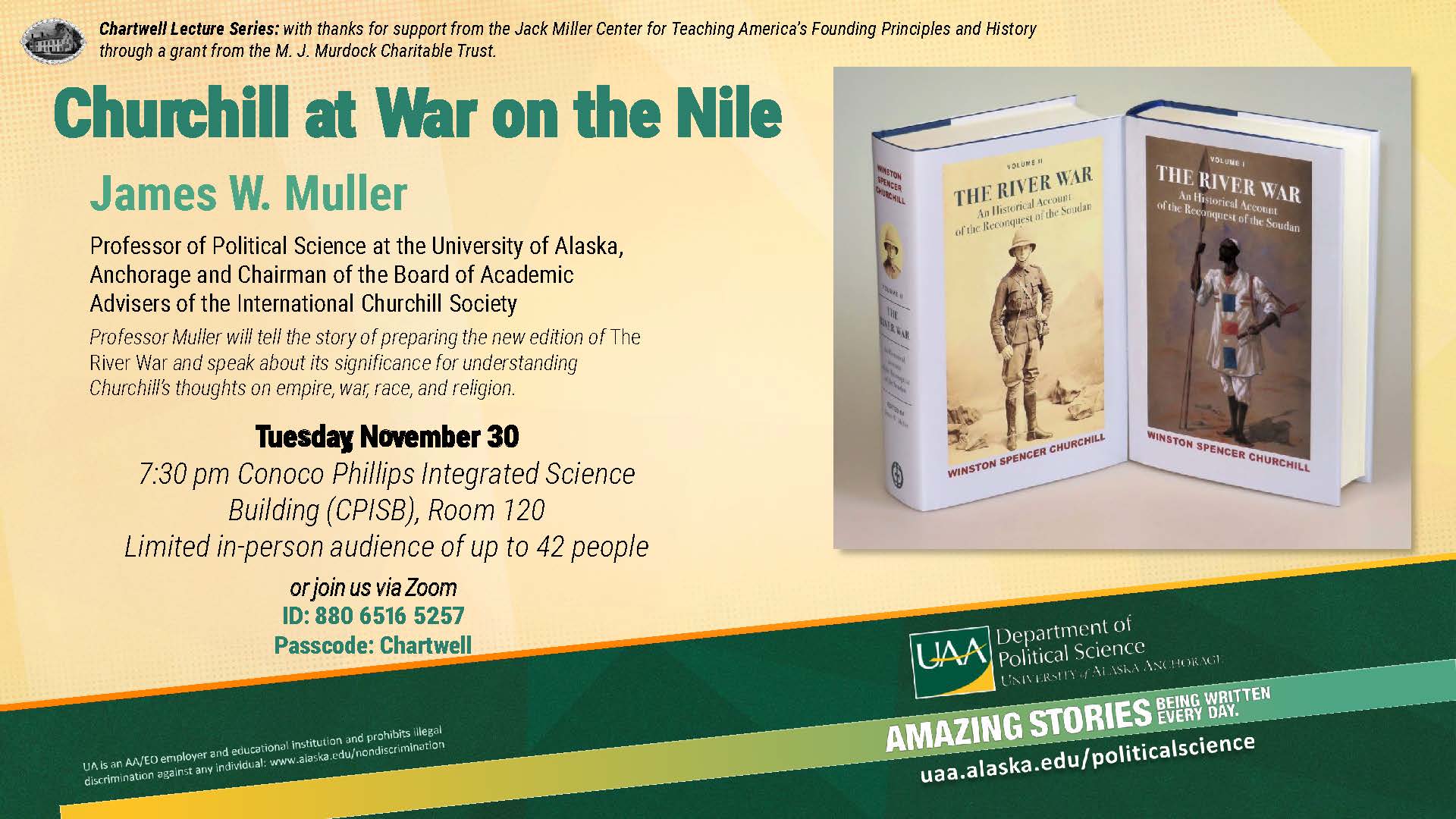 The River War, Winston Churchill’s second book, describes the reconquest of the Sudan from the Islamist regime of the Dervishes by an Anglo-Egyptian army commanded by General Herbert Kitchener, 1896-99. Churchill participated in the campaign as an officer and a war correspondent, charging with the cavalry at the climactic battle of Omdurman. His book, published in two volumes in 1899, is the most impressive of five books he wrote before he entered Parliament in 1901 at the age of 26. Abridged into a single volume three years later, it has been out of print in its unabridged version for more than 120 years. After 32 years of work, Professor James W. Muller has edited the definitive edition of the book, published by St. Augustine’s Press, which won the 2021 Literary Award from the International Churchill Society. Professor Muller will tell the story of preparing the new edition and speak about the significance of the book for understanding Churchill’s thoughts on empire, war, race and religion.

About the speaker
James W. Muller is Professor of Political Science at the University of Alaska Anchorage, where he has taught since 1983, and Chairman of the Board of Academic Advisers of the International Churchill Society. Educated at Harvard University and the Ecole Normale Supérieure, Paris, he is a by-fellow of Churchill College, Cambridge, and served as a White House Fellow in 1983–84 and an Academic Visitor at the London School of Economics and Political Science in 1988–89. Professor Muller is editor of The Revival of Constitutionalism (University of Nebraska Press, 1988), Churchill as Peacemaker (Cambridge University Press, 1997), Churchill’s “Iron Curtain” Speech Fifty Years Later (University of Missouri Press, 1999), of Churchill’s interwar books of essays, Thoughts and Adventures (ISI Books, 2009) and Great Contemporaries (ISI Books, 2012), and of Churchill’s earlier book, The River War: An Historical Account of the Reconquest of the Soudan, 2 vols. (St. Augustine’s Press, 2021). He is at work on a new edition of Churchill’s autobiography, My Early Life: A Roving Commission.