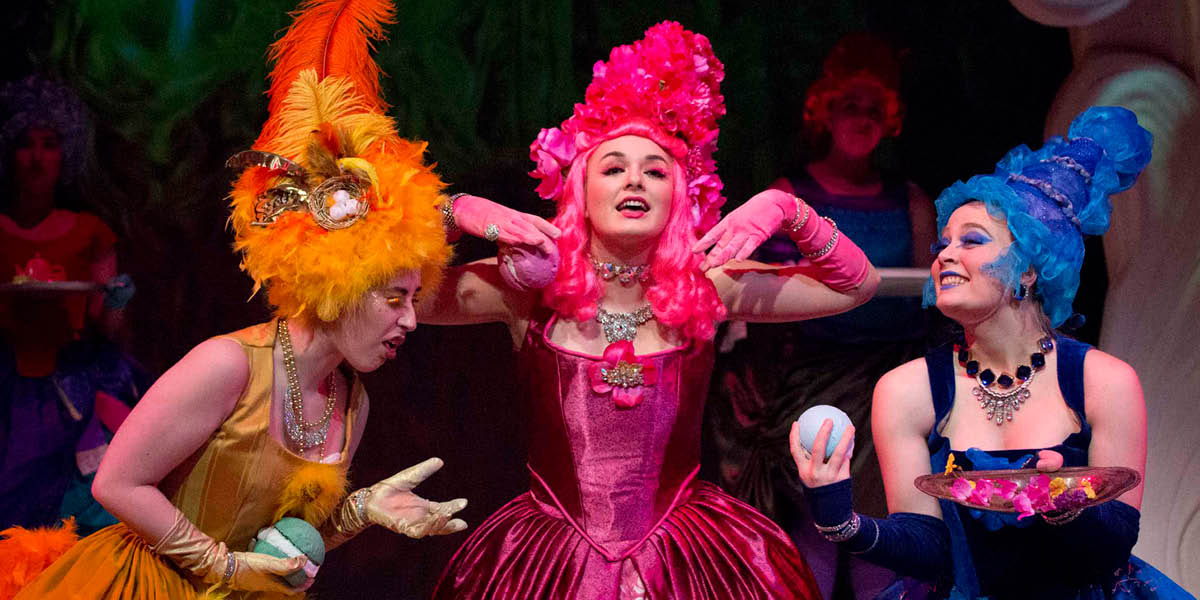 If you ask someone if they know the name Marie Antoinette they respond, “Of course!” Follow that question with, “Tell me about her,” and there is a long pause in the conversation. Historians can rave for hours, but many will reply, “She said ‘Let them eat cake,’ right?” or “She lost her head on the guillotine, I think.”   Marie Antoinette is an iconic figure in history known for her haute couture, her extravagances, and her reputation as a teen queen who had it all and lost it all. She was a confection created by society that valued extravagance and artifice. Then came the French Revolution.

In this tale of Marie Antoinette, playwright, David Adjmi, juxtaposes vernacular of 18th century France with modern day dialogue, allowing a contemporary view of this iconic time in history. He modernizes her story to parallel an ageless commentary on rise and fall of fame. There are no historical surprises in this production. If you are like me, a brief review of the time line is essential. Marie’s life is presented in small segments that give us a glimpse to moments in her world and introduce characters that fill the chapters of her own personal storybook. The show begins at the height of her reign in Versailles and progresses until her clothes and power are literally stripped away. We view this doomed protagonist through her own journey. She doesn’t know how she got there and she doesn’t quite know who she is. As Marie states, “I was not raised, I was built.”