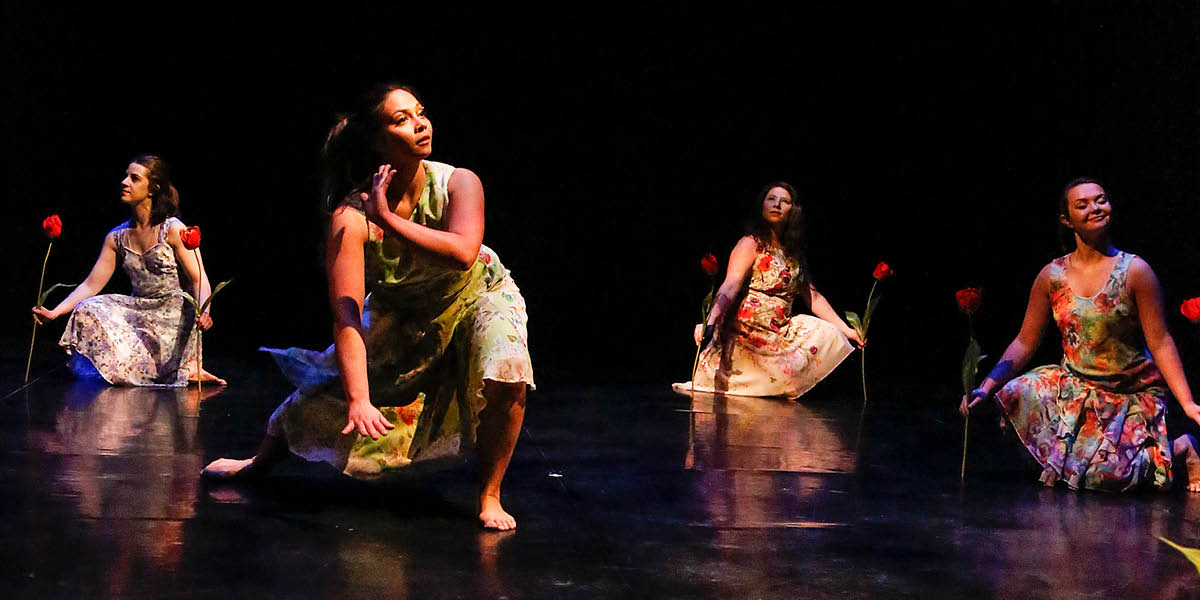 Celebrated performer, choreographer and educator Katherine Kramer will premiere “The Best Medicine” a dance that’s playful, rhythmic and full of body percussion, for the members of UAA Dance Ensemble. Kramer has built a long-standing career performing as a jazz tap dancer and musician, collaborating with many of the finest in both genres and specializing in coaching dancers in musicality and musicians in physicality. A former faculty member with UAA Theatre and Dance, Kramer continues to teach and create work internationally. "At the heart of my work is a desire to bring people together, to encourage intimacy, and to promote the value of play as a tool in creating a more humane world." –Katherine Kramer

UAA faculty and acclaimed choreographer Brian Jeffery’s lush movement style sweeps across the stage to the music of Mice Parade in his delightful work “Spring Returns” with seven members of Dance Ensemble. UAA Department of Theatre and Dance will present “The Best Medicine” and "Spring Returns" by these two veteran choreographers along with the debut of eight other original dances by UAA Dance Program faculty and students as part of New Dances 2017, April 13-16 on the Main Stage Theatre in the UAA Fine Arts Building.

Fifty performers and designers will have the stage bursting at the seams as they showcase diversity in both choreographic styles and ideas in these 10 eclectic dance premieres. Director of Momentum Dance Collective and UAA adjunct faculty Becky Kendall new work “De Lune” is both musical and visually arresting for a cast of 16 performers. Adjunct faculty Melissa Jabaay’s “Treehouse” is a dance full of curious fun and ripe with clever surprises. Additional work by UAA Dance Program outstanding student choreographers will include Katie O’Loughlin “PRE” accompanied with marimba played live by percussionist Eric Bleicher, Racin Engstrom “Sending Silent Signals”, Courtney Meneses “Distort”, Carmel Young “Unfit to Print”, Stephanie Brenner “Duet”, and Anthony Cruz “Me”.

Special Thanks and Smooches