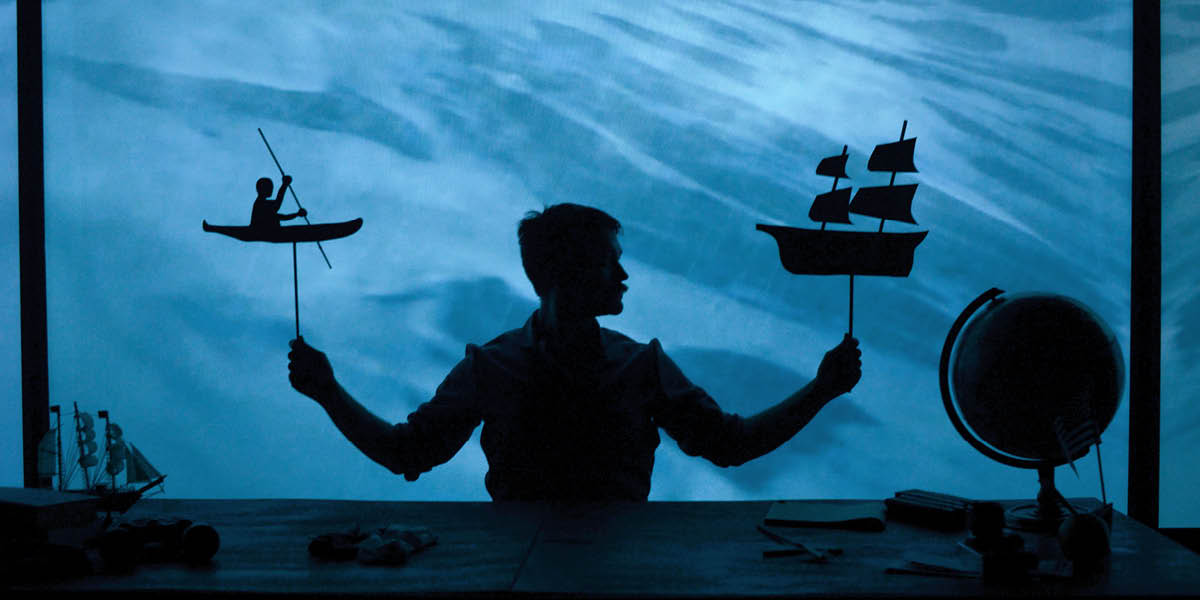 The UAA Department of Theatre & Dance and PING CHONG + COMPANY is proud to announce the premiere of ALAXSXA | ALASKA, a theatrical work using video projections, puppetry and Central Yup’ik drum and dance to reveal stories of cross-cultural encounter in the epic, changing landscapes of Alaska. Developed during multiple residencies in Alaska and New York City, with support from the NEFA National Theater Project, among others, it will debut in Anchorage, Alaska from August 31-September 3, 2017. Followed by a statewide Alaskan tour to Bethel, Nome and Homer; before it comes to New York for a 3-week engagement at LaMaMa.

ALAXSXA | ALASKA is a theatrical collage of multimedia, puppetry and Central Yup’ik drum and dance, illuminating striking moments of cross-cultural encounter in the epic, changing landscapes of Alaska. Featuring Conarro and Gary Upay’aq Beaver (Central Yup’ik), along with puppeteer Justin Perkins, the three performers use movement and puppetry to reveal a series of little-known historical narratives of collisions between people and cultures of Alaska. These histories – at times humorous, at times tragic – juxtapose against Beaver and Conarro’s own personal memories as “insider” and “outsider” in the Last Frontier.

Ping Chong + Company produces theatrical works addressing the important cultural and civic issues of our times, with the greatest level of artistic innovation and social integrity. In 2015, Ping Chong was honored with the National Medal of the Arts, the highest award given to artists by the United States government.

The ALAXSXA | ALASKA tour is supported by Alaska Native Heritage Center as our community partner. This project is supported by Rasmuson Foundation through the Harper Arts Touring Fund, administered, under contract, by the Alaska State Council of the Arts.