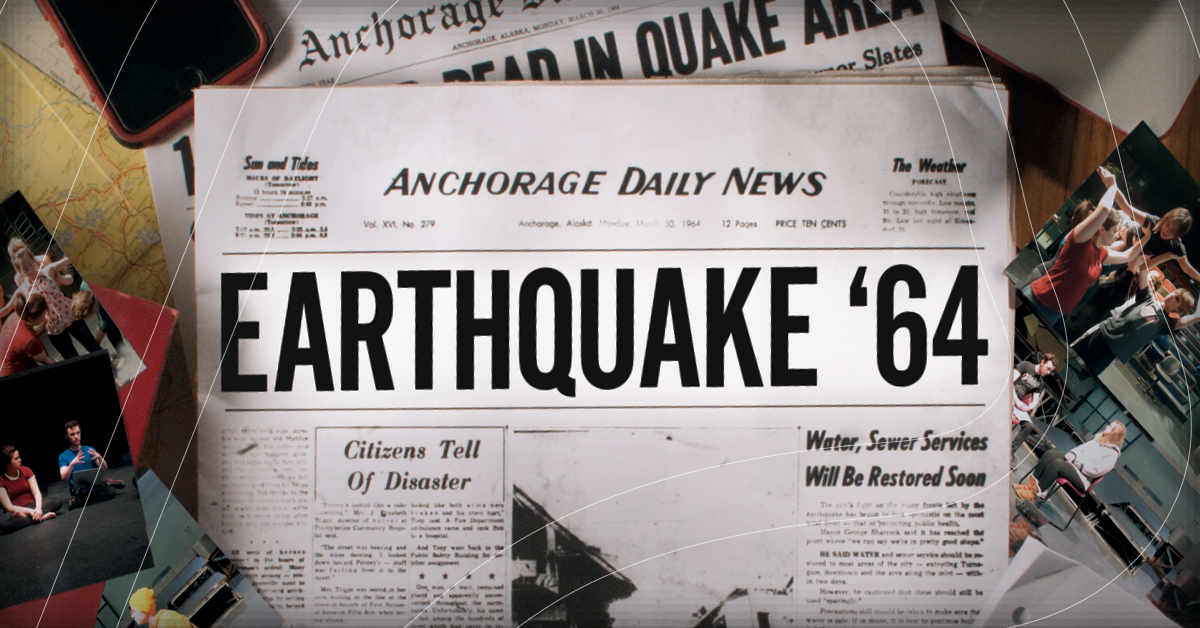 By UAA Department of Theatre & Dance

Earthquake ’64 is a multidisciplinary performance that carefully weaves together the personal stories, local experiences and science behind the 1964 earthquake. Using spoken dialogue, movement and original songs, this production examines the ripple effect this event had on Alaska and the world – changes to people, communities, cultures and scientific understanding. Join us for this uniquely personal look into the earthquake that shaped the great state we live in.

Special thanks to Jeanne Brenner, Dan Kendall, and Erling Young for telling us their stories; Janelle Sikorski for helping us understand the science; Ryan Anderson and Alaska Experience Theatre; and UAA Archives and Special Collections.