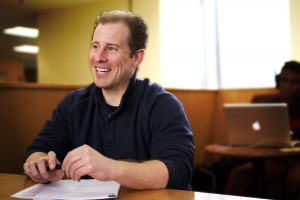 CNN reporter Moni Basu recently wrote about UAA sociology professor Chad Farrell and his research on ethnic diversity in Anchorage versus other cities.

From the article, "Most diverse place in America? It's not where you think": "Mountain View, a northeast Anchorage neighborhood, boasts the most diverse census tract in all of America. That's according to University of Alaska sociology professor Chad Farrell, who analyzed the census data.

In fact, Farrell says the country's three most diverse census tracts are all in Anchorage, followed by a handful in Queens, as in New York, which usually tops everyone's diversity guess list."

Read the full article at CNN.com. For more coverage about Farrell's research, check out this previous Seawolf Weekly story.