In 2015, the Department of Theatre and Dance endeavored to create a production that would stir community awareness about sexual assault. Through community partnerships with the Alaska Children’s Trust, Standing Together Against Rape and the Alaska Native Tribal Health Consortium; as well as campus-wide interdisciplinary cooperation, Stalking the Bogeyman made its Alaskan debut in UAA’s Haper Theatre on April 1, 2016.

The production's success garnered grant funding through the National Endowment for the Arts, the Rasmuson Foundation and the UAA Innovate Award. Upon the completion of its highly regarded Anchorage run, the production traveled to Palmer, Homer, Seward, Valdez and Fairbanks in the summer of 2016. 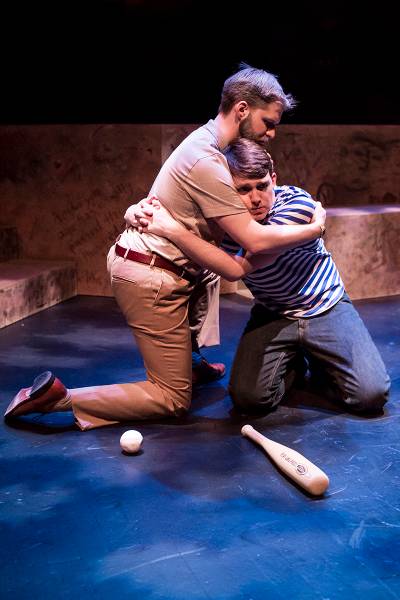 Jennifer Burkhart, Ph.D. candidate in the Joint UAF/UAA Ph.D. Program in Clinical-Community Psychology, On-site Advocate and Researcher: "Perceptions about Participating in the Stalking the Bogeyman Project"