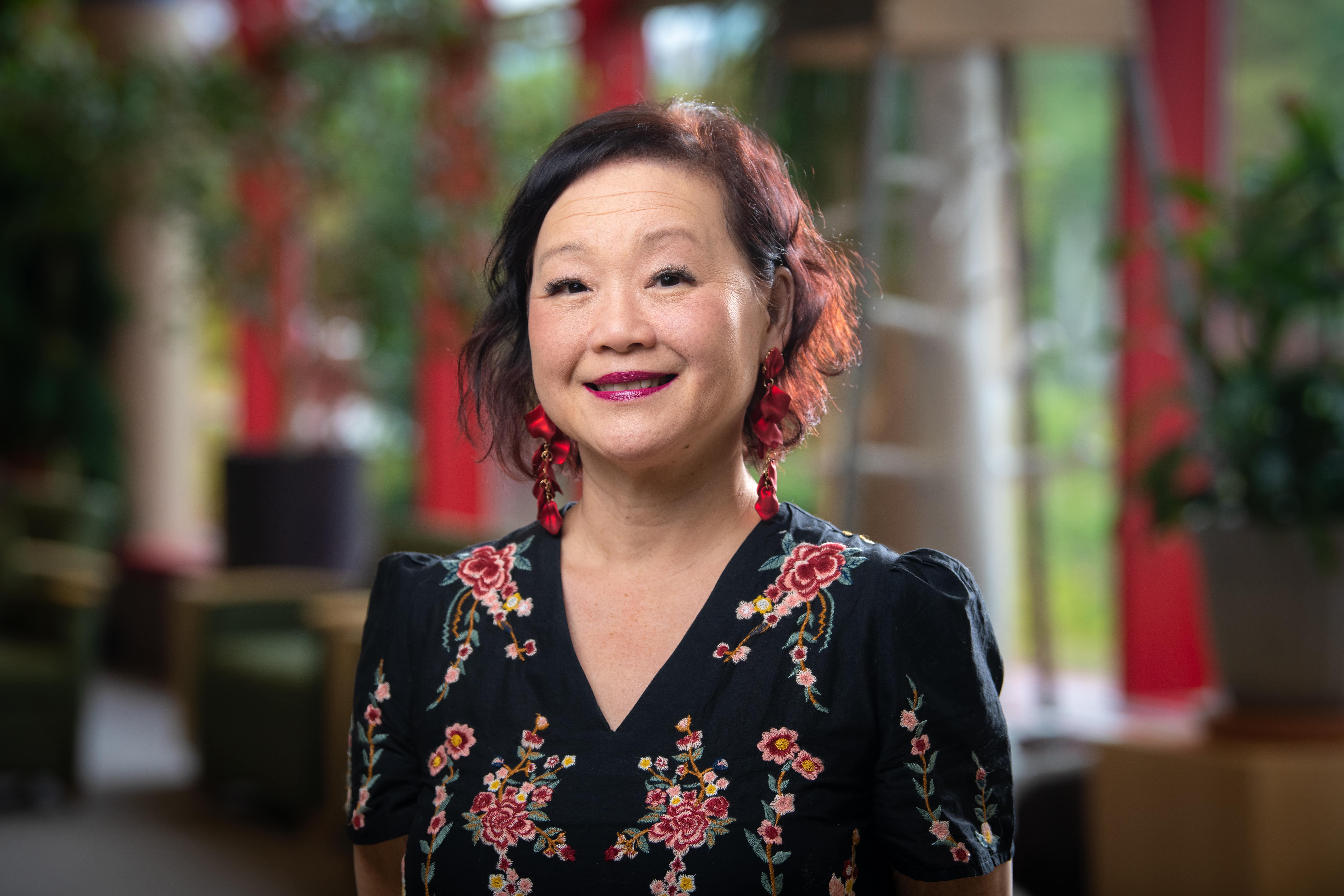 Professor Mari Hahn has been on the UAA Music Department faculty since 2002.  She received her Doctorate of Musical Arts and Masters of Music from the University of British Columbia, and her BM Performance degree from the University of Toronto.  She also studied at the Scuola Musicale and privately in Milan, Italy.  She was a two-time recipient of the prestigious Killam Fellowship at UBC, and founded a chamber opera company, Opera Breve, in Vancouver, British Columbia.

She remains active as versatile performer of opera, oratorio and art song.  Recent performances include the soprano solo in Gorecki’s Third Symphony with the Anchorage Civic Orchestra, Bach’s St. John Passion and the Defiant Requiem with the Anchorage Concert Chorus under Murry Sidlin.  She has performed in numerous solo and chamber recitals, including the Anchorage Festival of Music, the UAA Early Music Ensemble with John Lutterman, and with guitarist Armin Abdihodzic.

As a music and stage director, she has served as the Chorus Master for the Anchorage Opera for three seasons, and stage directed La Cambiale di Matrimonio, Impresario and Mozart and Salieri. She has also collaborated with the UAA Department of Theater, serving as music director for seven productions including Fantasticks, A Little Night Music and Godspell.  As the founder and director of the UAA Opera Ensemble, she has produced and directed 11 seasons of productions such as Le Nozze di Figaro, Viva Zarzuela, Kismet and Elixir of Love.  Most recently, she created an Alaska Native adaptation of Englebert Humperdinck’s Hansel and Gretel, entitled Aklaq and Nayak , in a collaborative production with Anchorage Opera.  As part of AO’s educational outreach program, the production toured to Unalakleet and Nome.

As a vocal instructor, she teaches a variety of techniques and genres from classical to the contemporary commercial styles of musical theater, jazz and popular music.  She served two terms as the  District Governor of NATS and has helped organized and participated in many workshops by visiting artists who are leaders in their fields, such as Norman Spivey, Jeanne Lovetri, Lynn Helding, and Nancy Bos.  She was an invited presenter at the NATS Regional Conference in Seattle, and a keynote presenter at the Vocal Institute at the University of British Columbia in 2016.

Dr. Hahn’s research involves combining somatic techniques and vocal pedagogy.  She is a certified Alexander Technique instructor, and is the Music Department resource for muscular-skeletal well-being.  She is very active as a consultant, adjudicator and clinician locally and regionally. She recently participated in the Carnegie Hall Lullaby program, mentoring prison inmates at Highland Mountain Correctional Institute to write songs for their children.  For university service, she currently serves on the University Faculty Evaluation Committee as chair of the tri-partite sub-committee.